Calling all Monopoly fans! Here’s 25 Things You Didn’t Know About Monopoly. Here’s 25 Surprising Fun Facts about Monopoly to satisfy your curiosity! I love these Monopoly tidbits and think other curious monopoly fans like me who love the classic board game Monopoly will find fascinating and cool. And to celebrate World Monopoly happening TODAY, we’re giving away the Monopoly Jr. Electronic Banking game that makes the fun of Monopoly accessible (and exciting) for younger players to one lucky winner.

My kids and I are wild about Monopoly. I grew up loving the game and my Mom actually introduced Kenzie and Kyle, my kids, to Monopoly when they were 3 and 5. They LOVED it and it’s been a family favorite for everyone ever since! 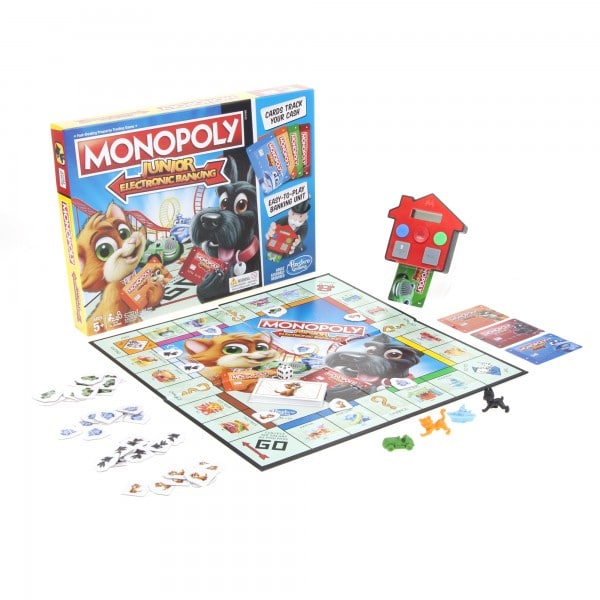 1 winner will receive the Monopoly Jr. Electronic Banking game. Eligibility is for US Residents, age 18+ with USA shipping addresses only.

I’m hoping to win the #WorldMonopolyDay giveaway from @ClassyMommy

This electronic MONOPOLY JUNIOR game makes banking easy! Accessible and exciting for younger players, kids may brush up on their money-counting skills when buying properties or paying rent with their kid-friendly electronic banking unit. Young players will love making transactions using bank cards and placing “sold” signs on their very own properties, such as the ice cream parlor, the toy store, and the skate park! When one player goes bankrupt, the game ends, and the player with the most money wins! Requires 2x AAA batteries, not included.  Game includes gameboard, banking unit, 4 bank cards, 4 Junior tokens, 20 Chance cars, 48 sold signs, 4 Who’ Your Token? Character cards, 1 die, and game guide. Adult assembly required. Available at most major retailers nationwide and HasbroToyShop.com.

Note: Thanks to Hasbro for sending us samples to facilitate our feature and giveaway. As always, all thoughts and opinions are our own.