My 8 year old son Kyle is going to be ecstatic the next time we visit as like most little boys he is obsessed with EVERYTHING Star Wars so to be able to become a part of this world even more will be really special for him.

7 Must Do Star Wars Attractions at Hollywood Studios

My entire family is crazy about the Star Tours ride and now the adventure is even better. This is a ride we always do multiple times since every variation is always a bit different. Now,  Star Tours 3D  also includes brand new scenes inspired by the film, Star Wars: The Force Awakens. BB8 is adorable!!! 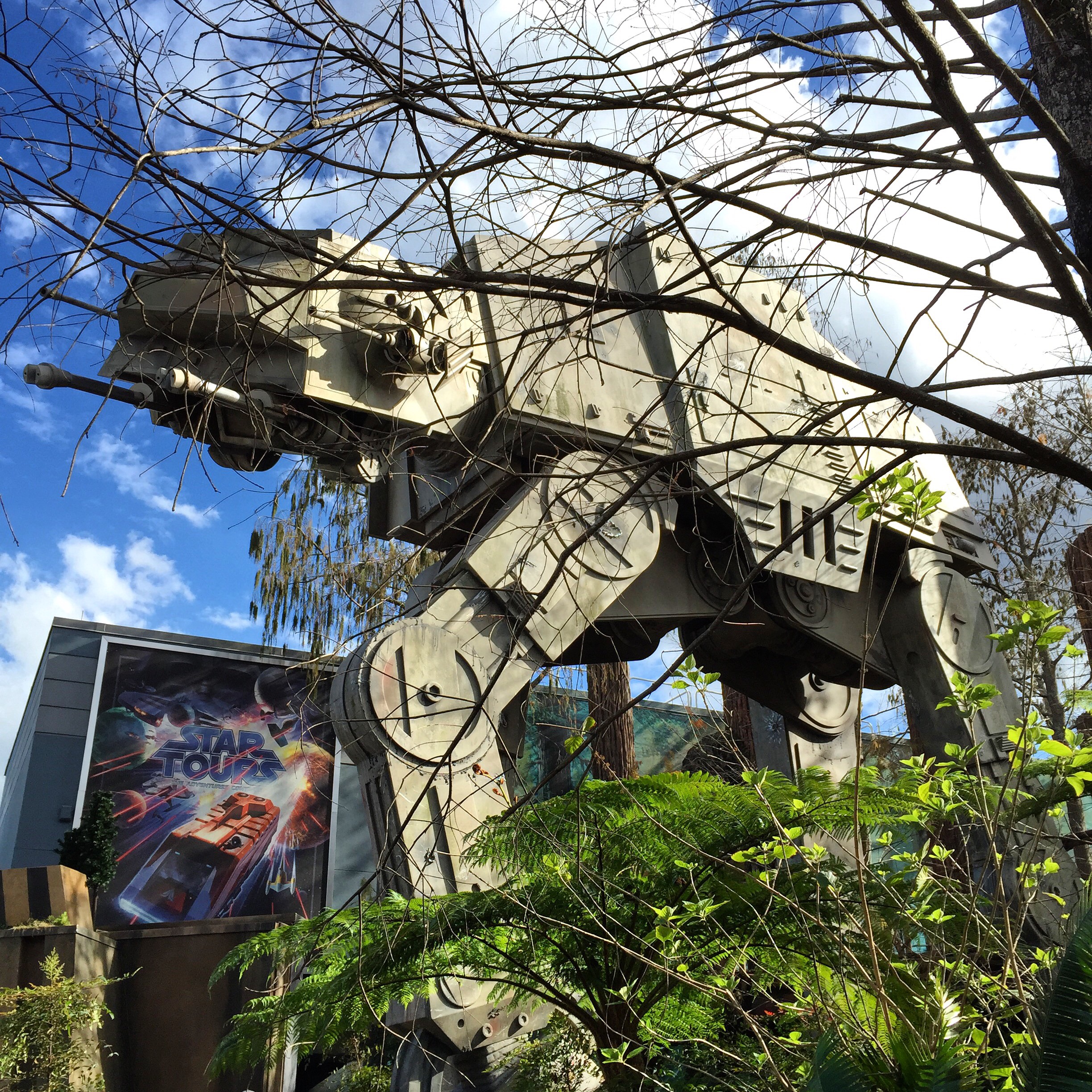 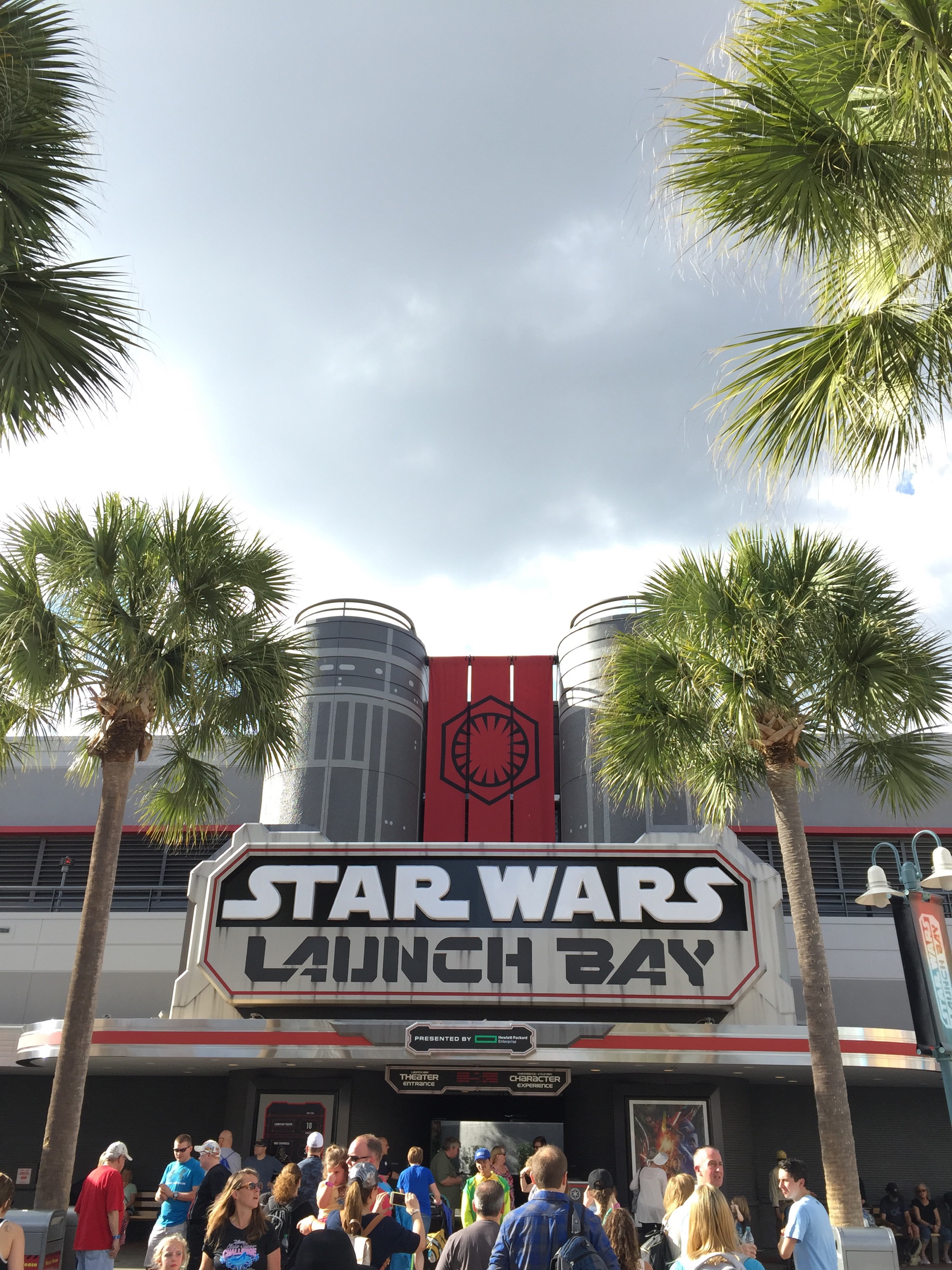 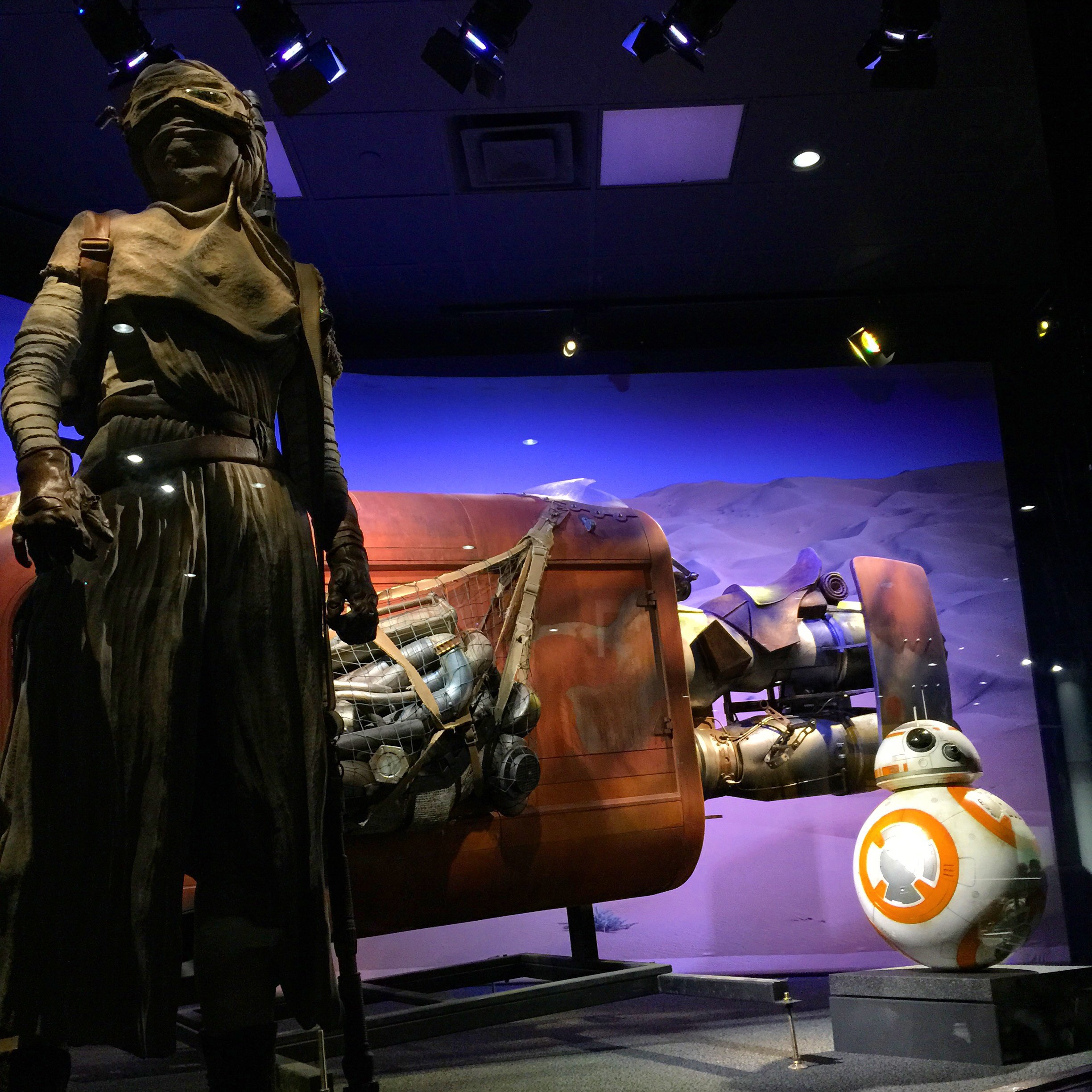 More pics I snapped while in Star Wars Launch Bay…… 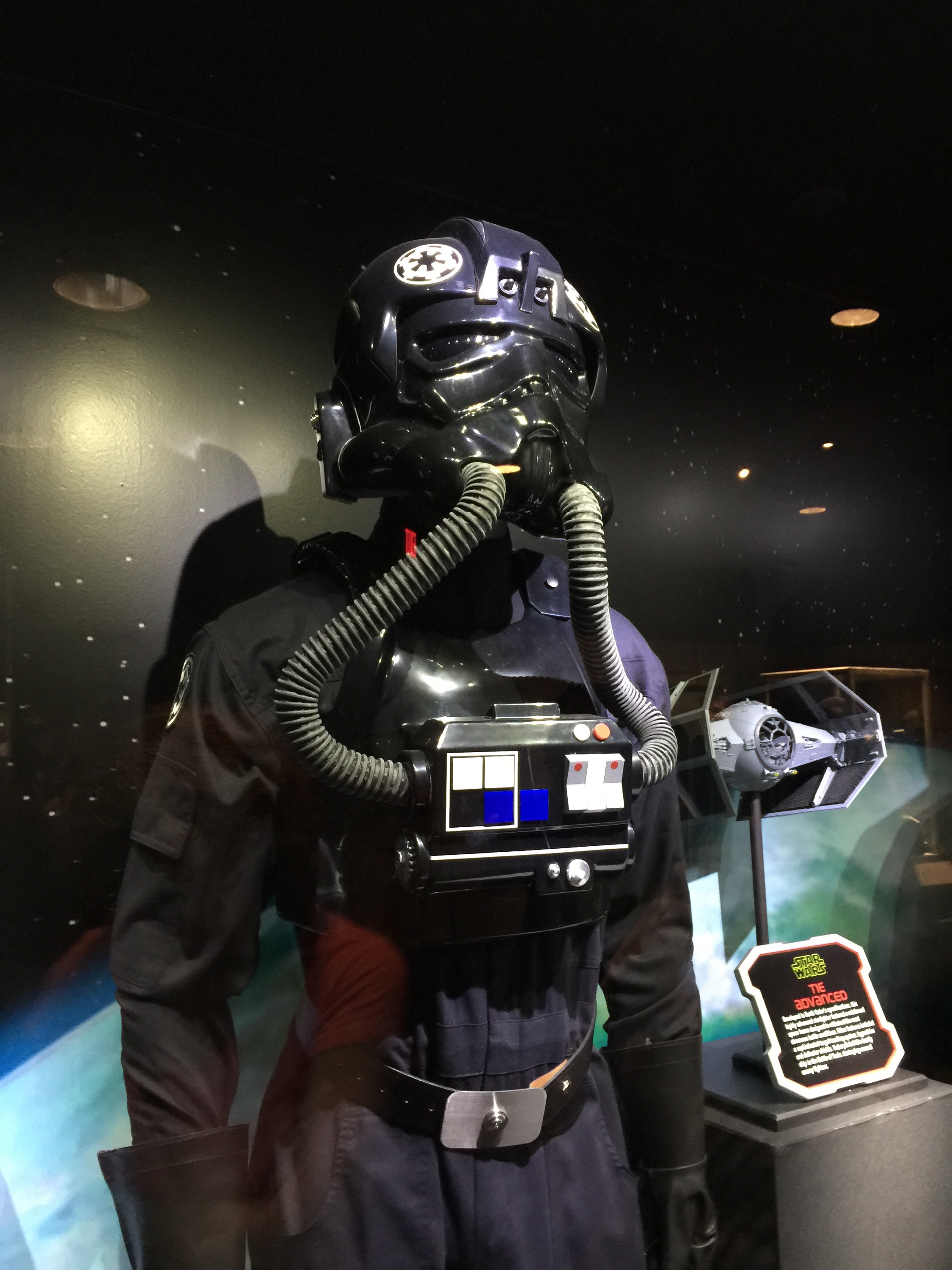 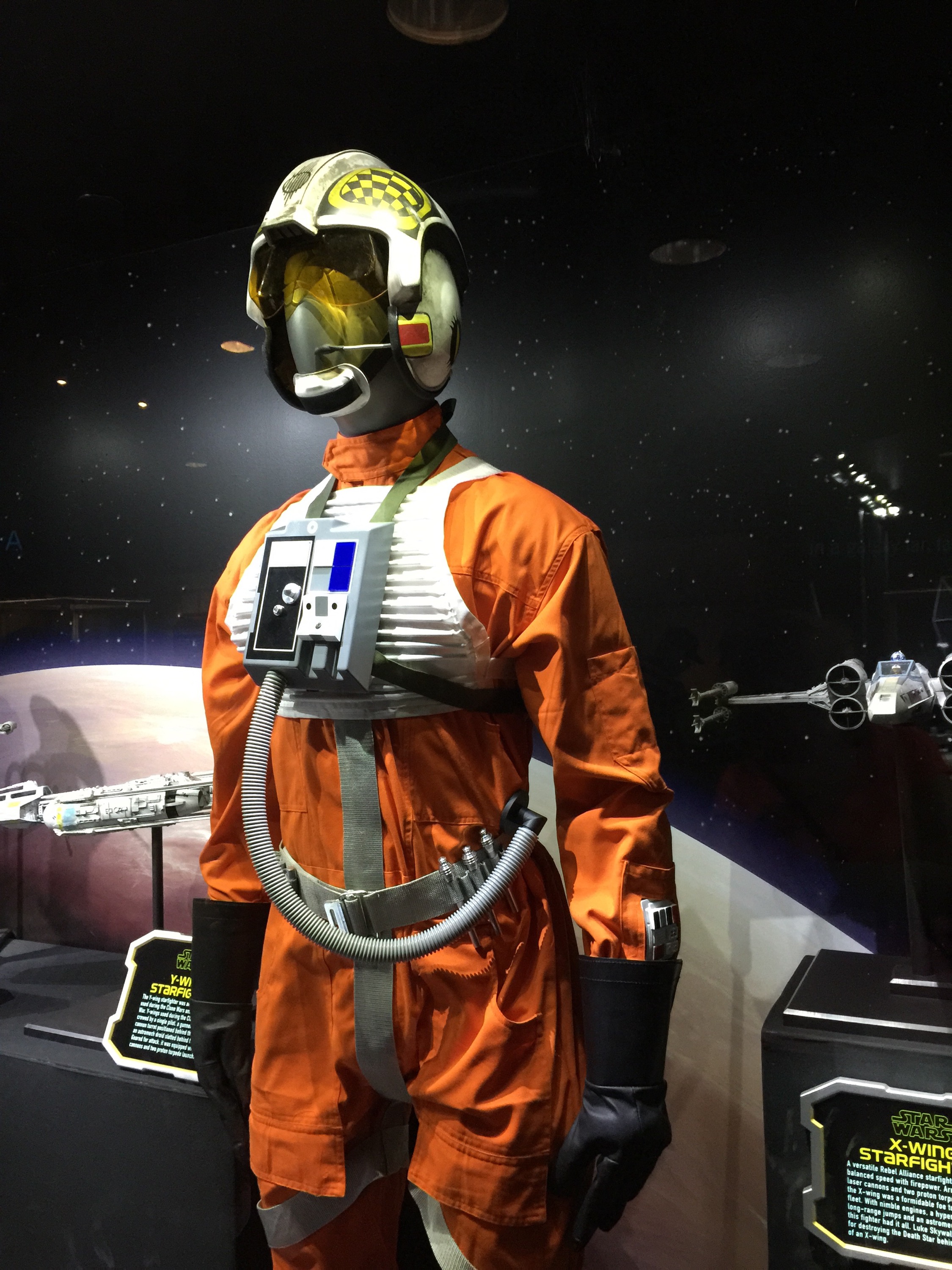 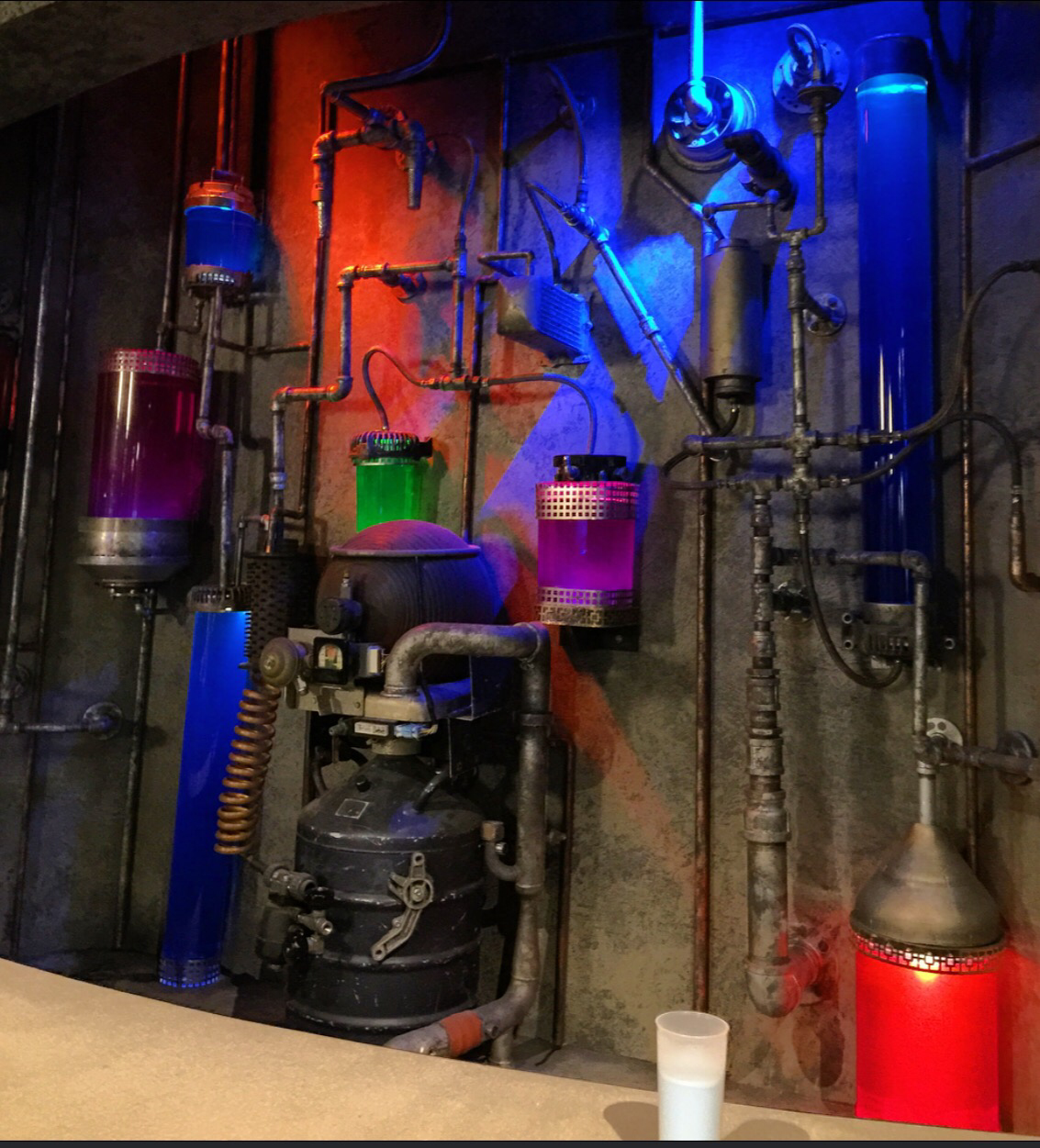 Love it. There are Storm Troopers everywhere all around the Launch Bay. They interact with what I assume are a variety of some set commands they can share and it is pretty funny to watch them marching so seriously all around. If you are quick, you might be able to snag a Selfie with a Storm Trooper or photo. They gave them out rarely, but I spotted a lucky few definitely sneaking in photos with Storm Troopers!

WOW!!!!! Anyone can check out these new awesome fireworks set to the tune of all the triumphant Star Wars music. It’s like watching a battle in the sky – I loved it!!!!!! Currently the show is at 8:00 pm during my past trip,  but as you know fireworks schedules and timing changes so for your trip check out the latest schedules.

An absolute must do is the private VIP “Symphony in the Stars Galactic Spectacular Dessert Party”. We did this with our group and were able to receive a reserved viewing area for the show along with crazy amounts of themed desserts, specialty Star Wars drinks (including alcoholic beverages if you desire) and everyone gets a free Chewbacca Drink Stein as a souvenir too.

Check out my photos below to see the cute desserts. Think BB8 and Darth Vader cupcakes. So fun!

This specific dessert party is slated until March 19th and you can learn more about it at: disneyworld.disney.go.com/dining/hollywood-studios/symphony-in-the-stars. Later this year,  I hear there will be specific new Star Wars night time show too… ……… I’m very interested to learn more about all those details once Disney shares the full scoop. Given the success of this show, I’m sure it will be another “galactic spectacular!” 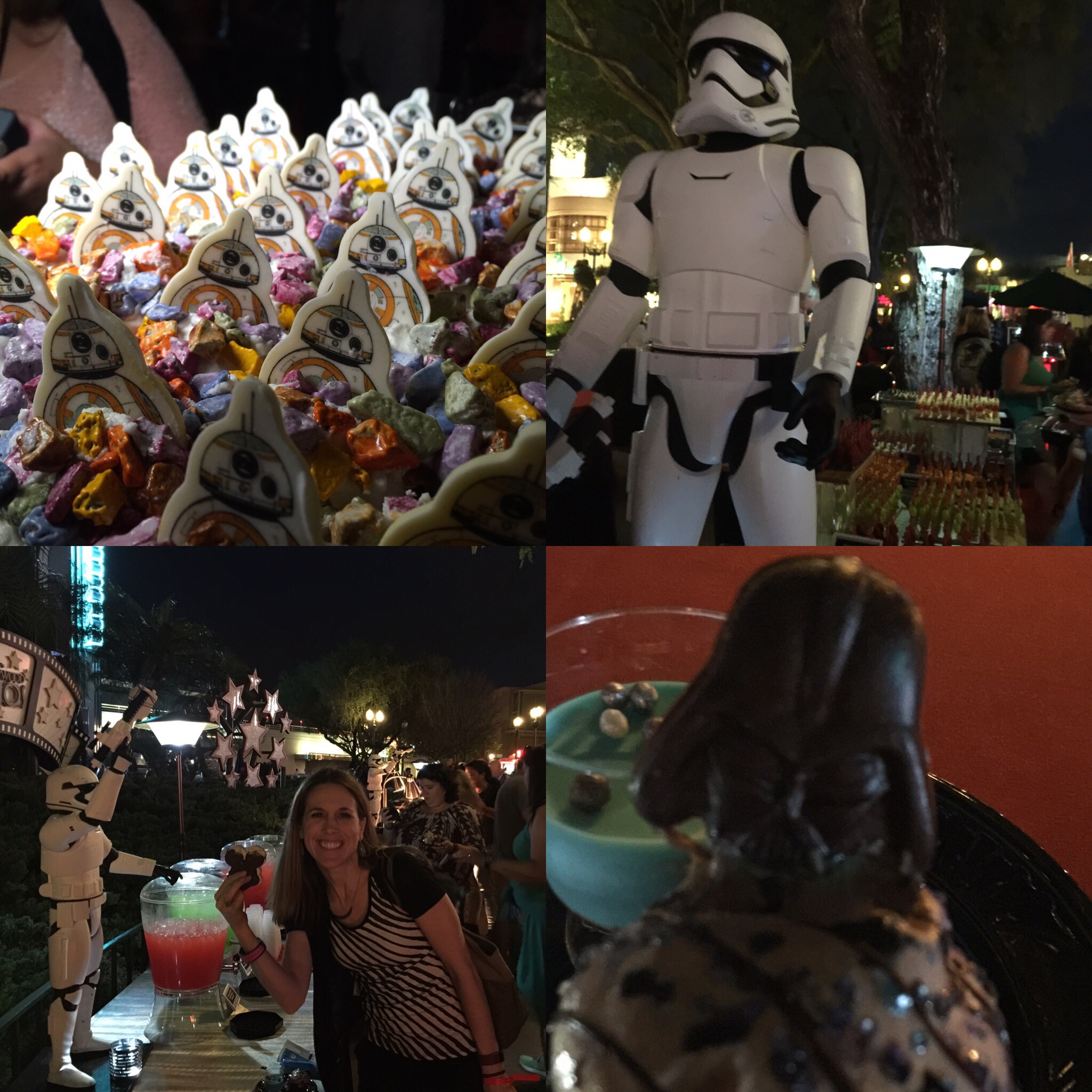 Even some “Ewok Juice” options too! 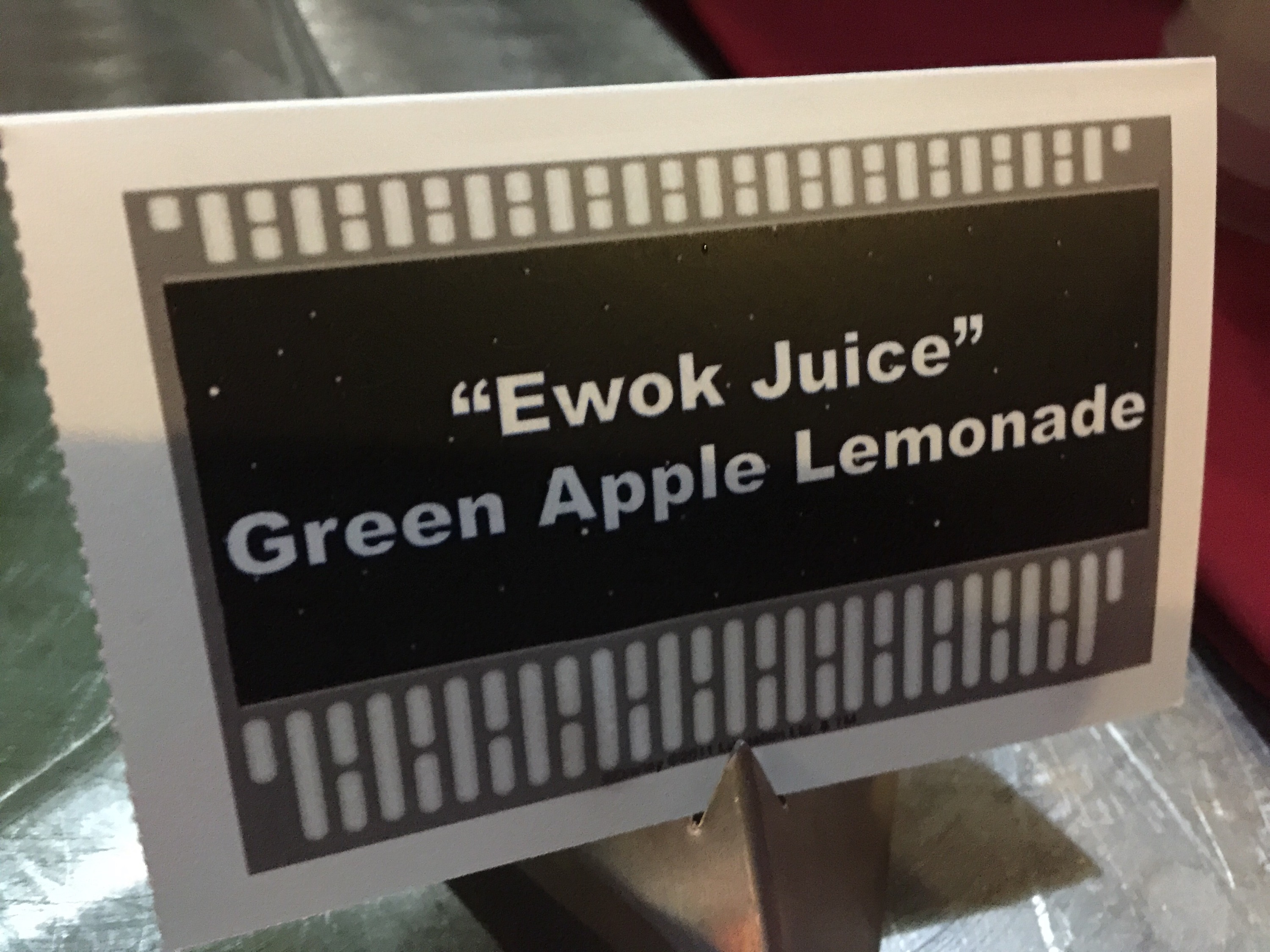 The Fireworks show was outstanding and one of the absolute VERY BEST fireworks shows I’ve ever seen. Disney always delivers on fireworks but to see it all set to the Star Wars music took it to another level of magic. Outstanding!!!!! 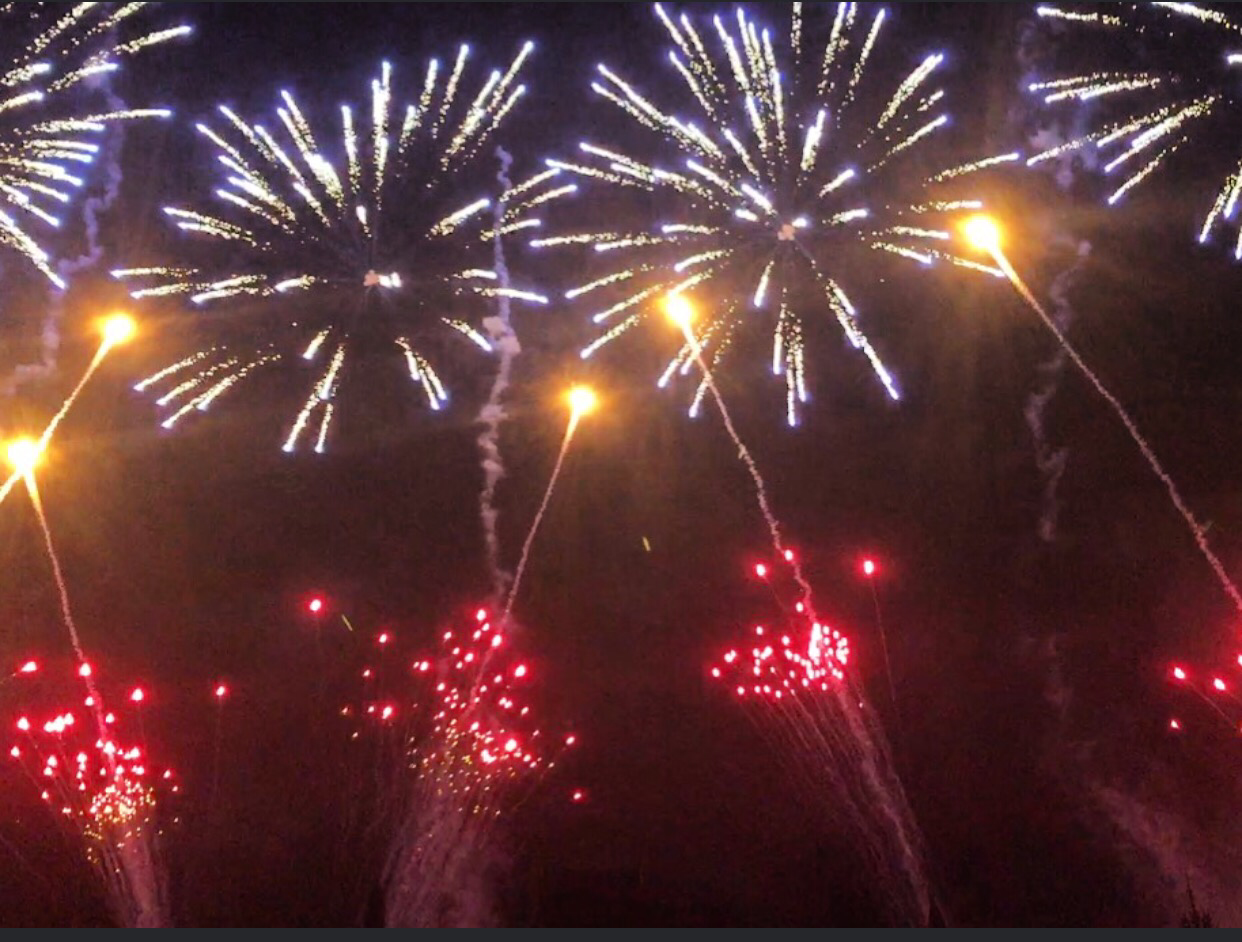 Both characters are available all day for meet and greets and photos. The line wasn’t too bad – maybe like 30 minutes for Chewbacca but only about 5-10 for Kylo Ren. So my group of girls met Kylo Ren! He was so intimidating – and totally in character – he made us all feel a little scared he was sooooo good! 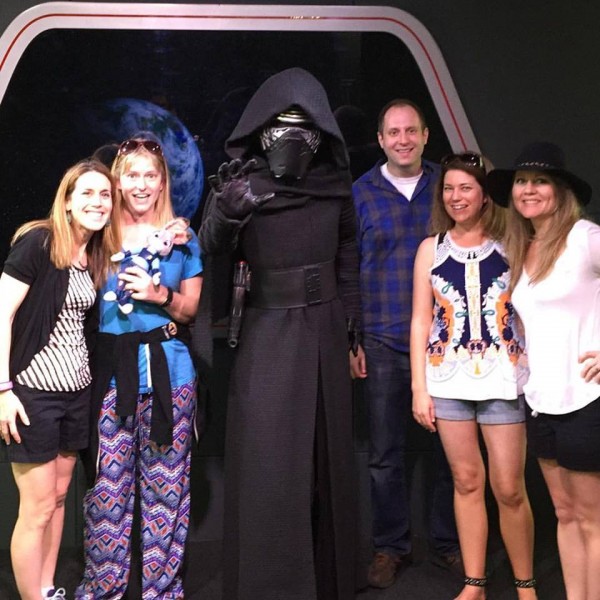 6. Jedi Training: Trials of the Temple
Kids go crazy for this. My son has never had the opportunity to do it but it is on our must list now that Kyle is 8 and is obsessed with all things Star Wars. Who wouldn’t want to learn more about the force at the sacred Jedi Temple and go head to head with the Star Wars guys??? This is a pic of my friends son battling Darth a few years ago! She said it was a highlight of her visit to Disney. I agree!

To sign up you need to visit the Indiana Jones outpost early in the day to get an assigned time to come back and participate. Space is always super limited so you must do this literally 1st thing in the morning. Kids must be between 4-12 to participate. Kenzie and Kyle are desperate to do this so on our next visit I promised them we will coordinate an early arrival so they get there in time to secure a spot!

Here’s a link to a post I wrote on the old Jedi Training experience – you can see it is awesome. Kyle and Kenzie have got to experience this on our next visit to Disney. For years, they’ve been asking but now that Kyle is a Star Wars maniac it is a total must do for him!

7.  Star Wars Path of the Jedi

This is a quick 10 minute show at the ABC Sound Studio which even has scenes from the Star Wars Force Awakens movie too! 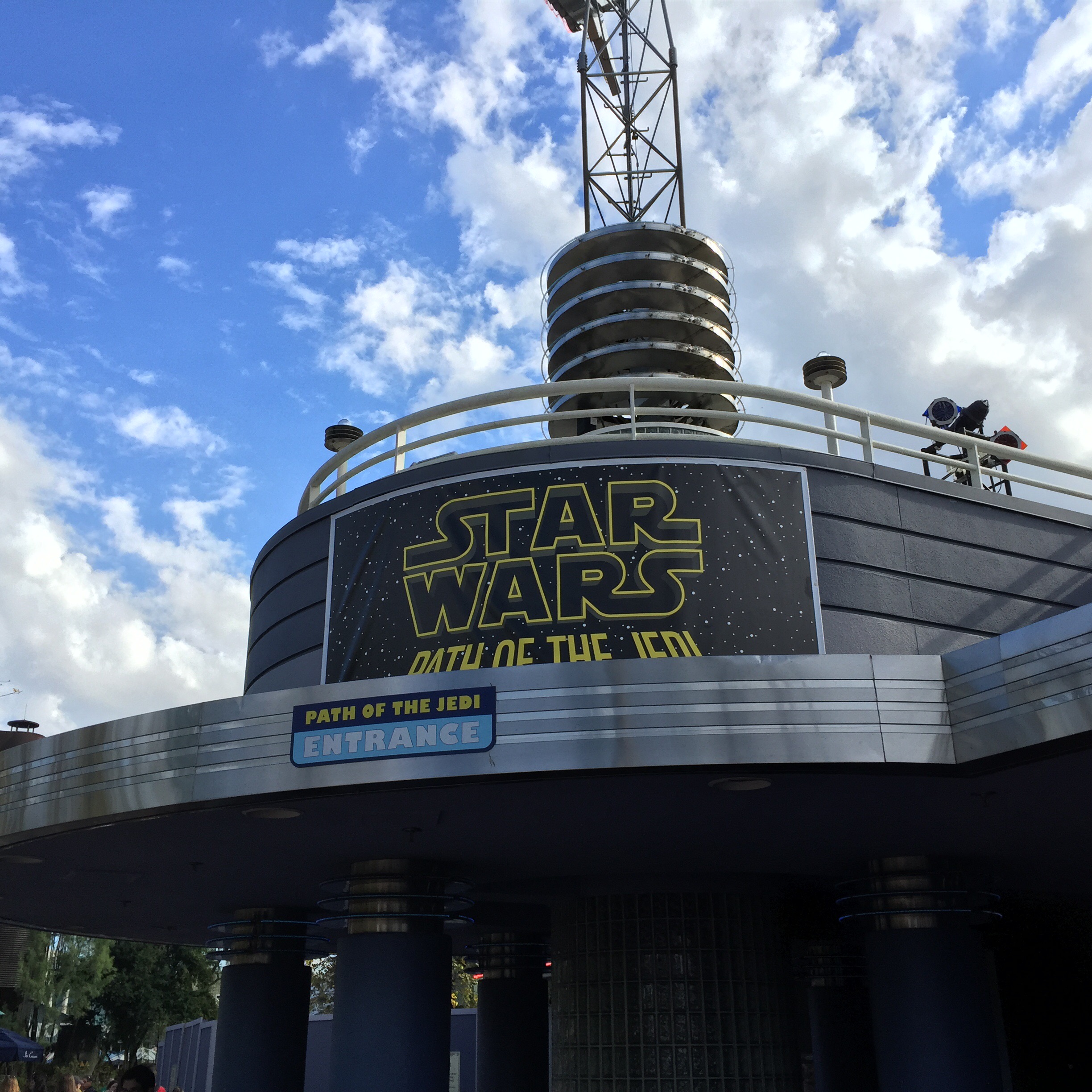 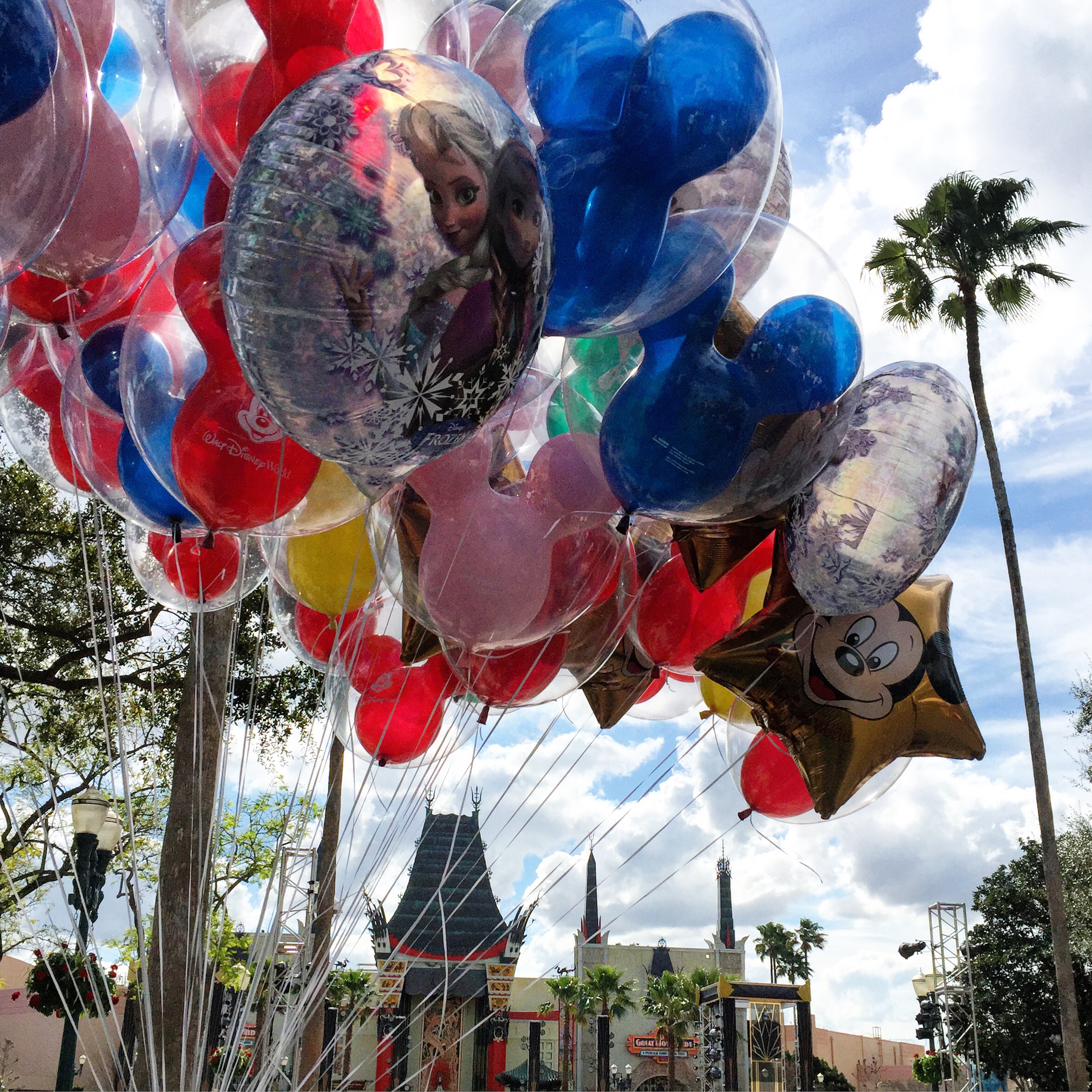