While in LA for the Ralph Breaks the Internet movie premiere with Disney, I had the chance to chat with Pamela Ribon, co-writer of Ralph Breaks the Internet.  Chatting with the animators or writers of Disney movies, is always my absolute favorite type of interview. The passion these individuals have for their projects is inspiring and learning the details behind films that are literally YEARS in the making is fascinating. For a Disneyphile like me this kind of inside scoop is priceless!

RALPH BREAKS THE INTERNET opens in theaters everywhere on this Wednesday November 21st.

Pamela Ribon, co writer of Ralph Breaks the Internet, had the original inspiration for scene where Vanellope meets the Disney Princesses. She shared lots of cool details about the story writing process with us scene and was a total breath of fresh air and bundle of energy.She’s been a blogger herself since 1999 so could totally relate to all us social media types too!

Pamela Ribon was also a co-writer for Moana. During Moana, she came Up with the idea about  Vanellope meeting the Princesses. She knew Vanellope was technically a “Princess” but yet somehow was part of the Disney Princess canon and wondered why that was and what would it look like if Vanellope met the classic Disney Princesses. 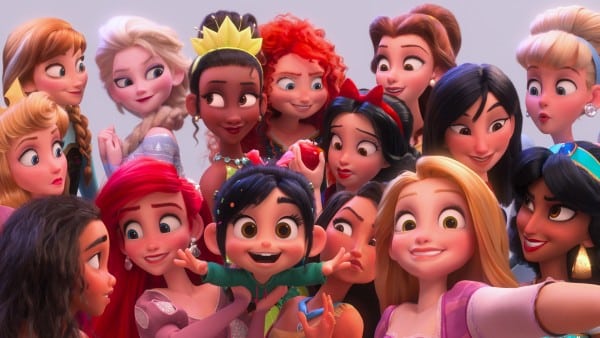 2. Some Lines from the Movie came from Original Texts to her Friend

When she first had the idea about this scene, she texted one of her best friends who knows EVERYTHING about Disney Princesses to see what she thought about the idea. She felt her friend was a princess expert so she needed to confirm some Disney Princess canon like, Which Princesses were poisoned? Which ones were kidnapped? Which ones had Daddy issues?

Hilarious right? She showed us screenshots of some of the texts and initial jokes she shared with her BFF which she said actually became  lines in the movie. Her friend LOVED the idea of Vanellope meeting the Princesses…..  and Pamela told her that “Cinderella would get her MICE on it!”  I loved hearing all these tidbits so much!

3. She Worried Creating This Scene Might Get her Fired!

“I wrote the scene. I read it. Then I had a panic attack and I laid down on the floor,” Ribon said. “I’m either going to be fired or this might be a big deal.”

“I wrote the scene. I read it. Then I had a panic attack and I laid down on the floor,” Ribon said. “I’m either going to be fired or this might be a big deal.” https://t.co/ZVO74GUtRY

4. Hundreds of People Worked on the Disney Princess Sleepover Scene

The scene literally took YEARS to create with the involvement of hundreds of Disney employees. They knew these scene could be spectacular but they needed to get it right. Mark Henn, a legendary Disney animator, helped lead the process of bringing the the Princesses from their original formats to the new 3D animation. Mark Henn himself was the original creator of many princesses including Ariel so his expertise was a total treasure and key to making the scene a successs.

5.  Princesses Can Meet Outside of their Worlds because they are all Avatars online from OhMyDisney

We all wondered how the Princesses could meet outside of their stories or worlds??? Pamela explained because it’s online and the characters are actually working at OhMyDisney, technically they are all Avatars. This is pretty genius and why the Princesses all have a slightly different fresh modern look to them that is still somehow unified across ALL the Disney Princesses. They still worked very hard to maintain the essence of each Princess too. Like Ariel’s hair has fabulous flow because normally we see Ariel underwater!

6. The Scene is Full of Easter Eggs!

Go find them! Pamela told us this scene is so rich and just literally full of easter eggs. From the tees & pajamas each character wears to the jokes the Princesses make with each other.

7. No Judgement in the Scene as the Princesses EMBRACE Who they Are

The beauty in this scene is that Disney literally POKES FUN at itself. Yet there is no judgement in the scene. Pamela explained that every character really truly embraces WHO they are and they are a group of friends together all supporting each other.

8. The Disney Princesses Get Comfy

I think this sleepover scene is genius and was one of my favorite parts of the film – especially as a Disney fan! Again, there are all kinds of Easter Eggs and jokes here that the adults and Disney fans are going to go crazy over. The Princesses adopt Vanellope’s comfy casual style and attitude in this relaxing scene which is absolutely brilliant!

As Pamela Ribon said, “If Vanellope Meets the Princesses,  it really could break the Internet! 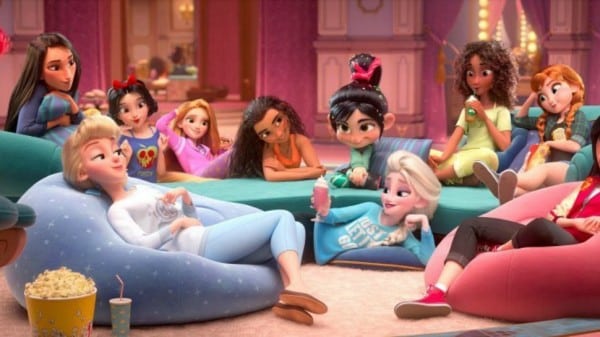 9. Pamela Ribon is the Voice of Snow White

After recording scratch voice for Snow White while story boarding during the creative process, Pamela Ribon ended up becoming the official voice of Snow White for this movie since the original Snow White voice actress is deceased. After this role, Pamela ended up voicing characters for Ralph Breaks VR. She is the voice of Kitty, Bunny, and B.E.V. in Ralph Breaks VR! 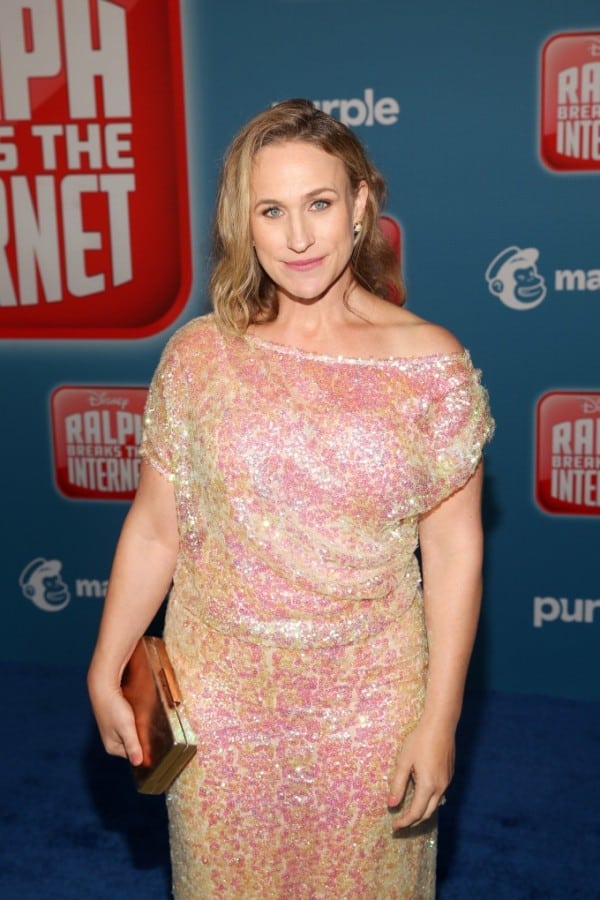 RALPH BREAKS THE INTERNET opens in theaters everywhere on this Wednesday November 21st. 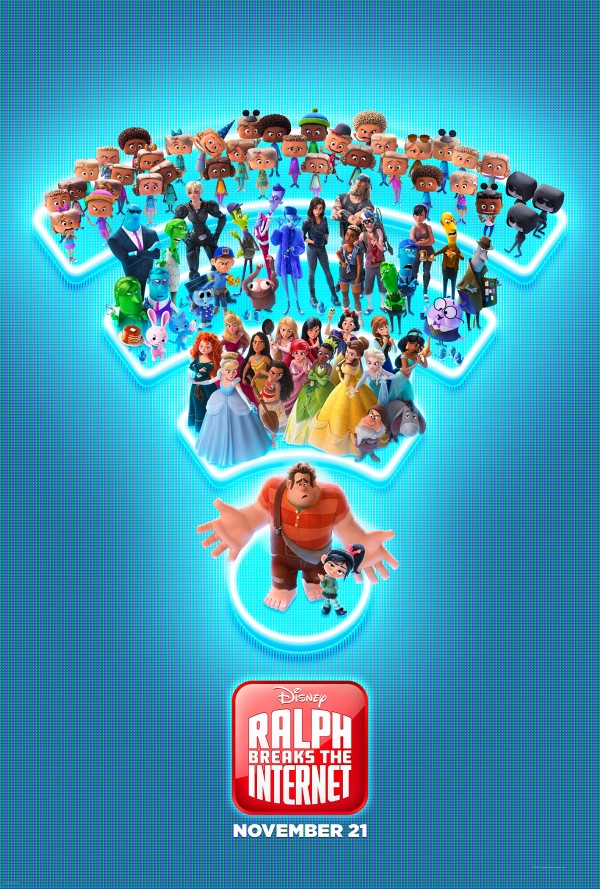 Thanks to Disney for covering travel expenses to attend this exciting event! As always all thoughts and opinions are our own.

2 thoughts on “9 Fun Facts on the Disney Princess Sleepover Scene: Inside Scoop with Pamela Ribon Co-Writer of Ralph Breaks the Internet #RalphBreakstheInternetEvent”