Priced at $150 this pinball machine has all the bells and whistles of a REAL arcade pinball machine since it is a WORKING pinball machine – only it’s mini sized! So dolls can enjoy pretend play while us Mamas and our daughters can also play a game of pinball! 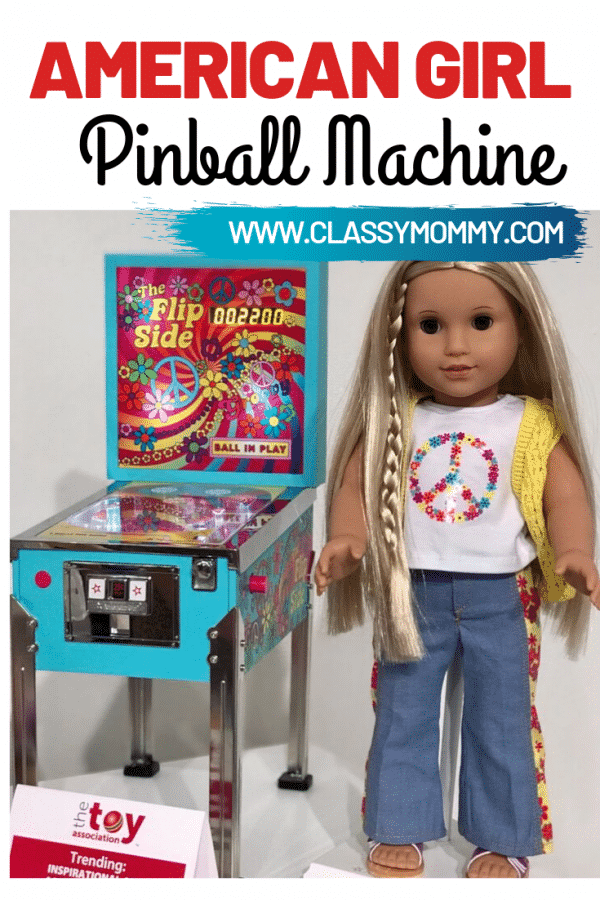 The doll sized version works just like a regular game and features flashing lights, a digital scorekeeper, a plungers to launch the metal ball and buttons to control the flipper arms so you can play pinball yourself!

Construction and Function of the American Girl Pinball Machine

Julie’s Pinball Machine is named “The Flip Side” and is made of real metal and wood. Pinball was super popular in the 1970’s so it’s only fitting that Julie would eventually have her own pinball machine! 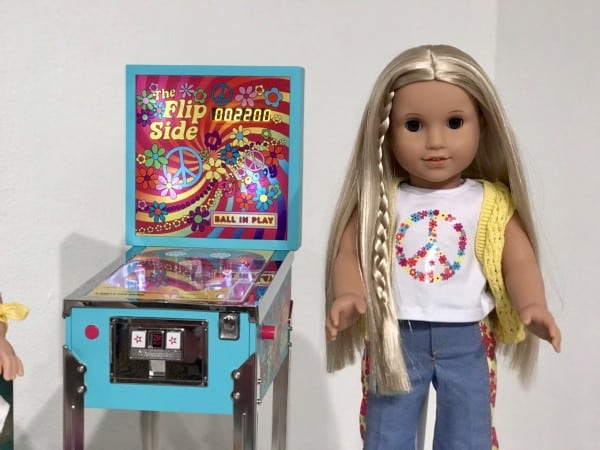 Isn’t this Pinball Machine so cute from American Girl? I’m dying for it! I especially love how this will appeal to older tween and teen American Girl fans since they can really play Pinball with it too! 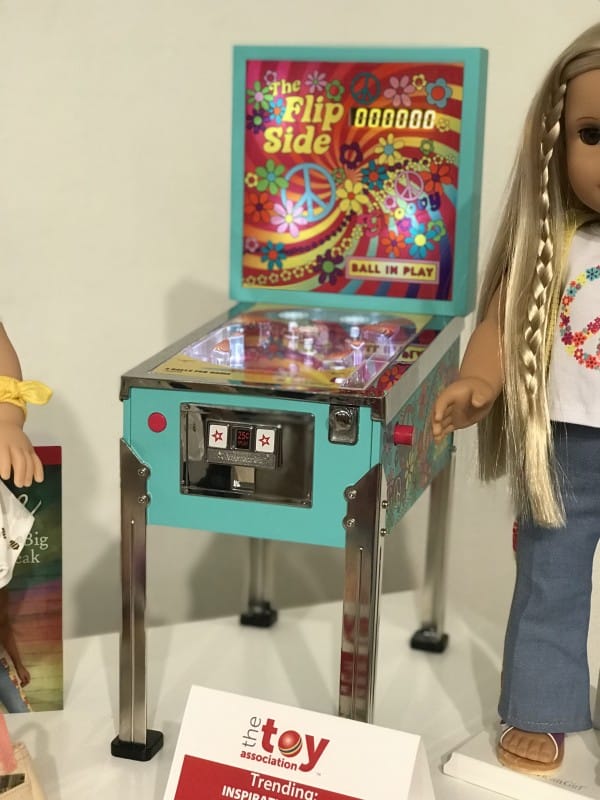 Check out more photos of Julie’s Pinball Machine. As always, I’m loving the vibe and style of her 1970’s fashion sense too! 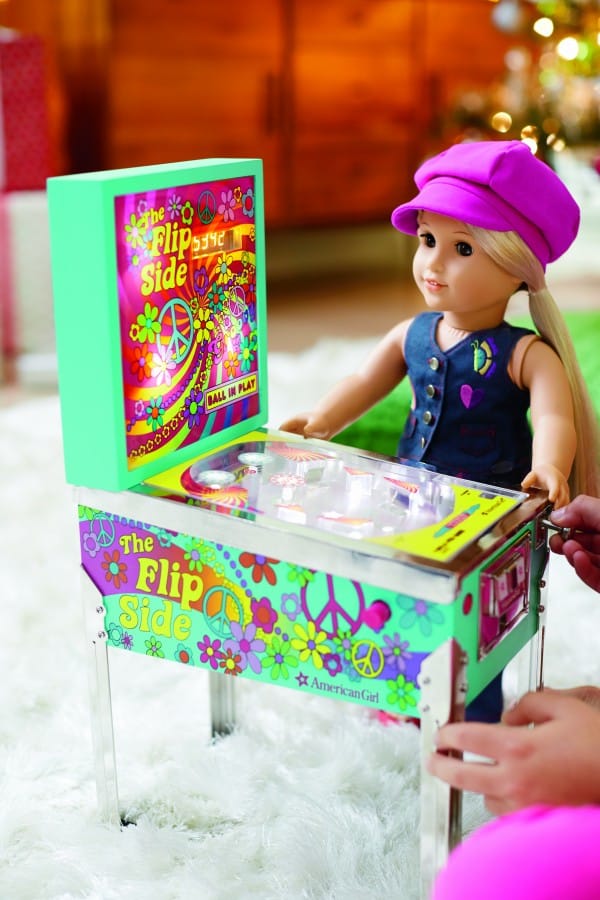 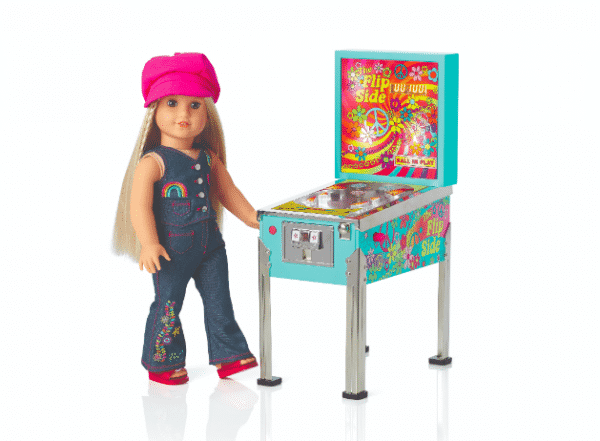