Yay! Disney•Pixar’s “Incredibles 2,” the sequel to 2004’s beloved Oscar®-winning “The Incredibles,” arrives on Blu-ray 4K Ultra HD,™ Blu-ray™ DVD and On-Demand TOMORROW November 6th. The Incredibles 2 DVD includes all kinds of extras and bonus features. One of my families favorites is the Auntie Edna short! My kids love The Incredibles and were super excited to hear about the Auntie Edna new short that was going to be included on the DVD. Here’s my daughter Kenzie’s thoughts on the mini movie! I’m sure you and your family will love an Incredibles 2 family movie night this holiday season! In stores this week! 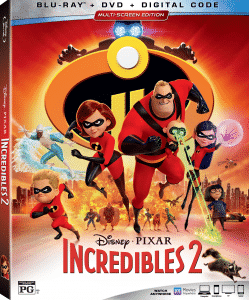 Kenzie, my daughter, and son love The Incredibles and were super excited to hear about the Auntie Edna new short that was going to be included. Here’s Kenzie’s thoughts on the mini movie!

Make sure to check out the new Auntie Edna mini movie on the Incredible’s 2 DVD for a sneak peak at the hilarious adventures when Jack-Jack stays over at Auntie Edna‘s house. From cloning, going through walls, travelling through different dimensions, and changing sizes to shooting lasers with his eyes and turning into a demon (literally) when he can’t have a cookie, Jack-Jack has every super power imaginable, and somehow Auntie Edna is able to manage him for one night. But just when Mr.Incredible leaves Auntie Edna‘s with Jack-Jack and his new supersuit, a clone of Jack-Jack shows up at Auntie Edna‘s again – and he’s there to stay! 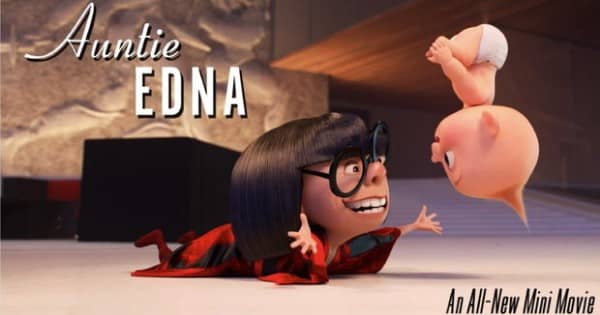 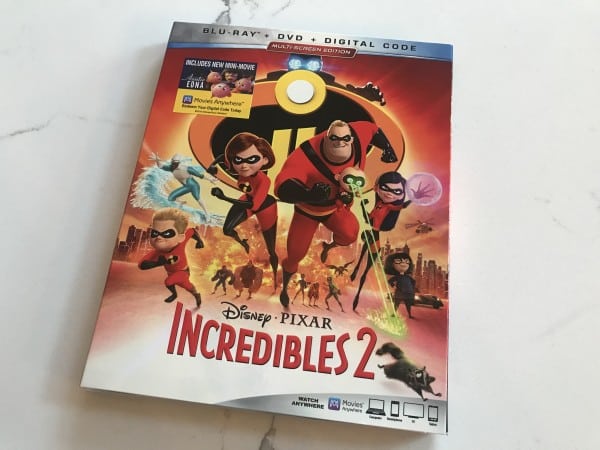 Note: Thanks to Disney for sending us a copy to facilitate our review. As always all thoughts and opinions are our own.