Inside scoop from Sony Pictures! The incredible animated film, “Cloudy With A Chance Of Meatballs 2” is available on Blu-ray and DVD today. Woohoo!   Fans who loved the movie but are still hungry for more will be thrilled with all the bonus materials including four mini movies, filmmaker commentary and a stunning behind the scenes look at the end credits. 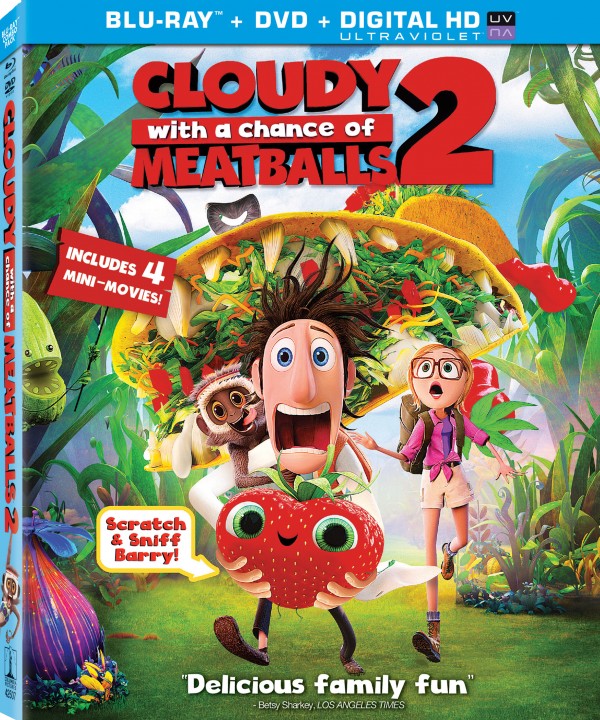 I was recently invited to Sony Pictures Animation sit down with members of the “Cloudy” team to discuss what went in to the making of this blockbuster film.  First up was Cody Cameron, who besides directing also voiced Barry in “Cloudy” and Pinocchio and Three Little Pigs from “Shrek.”   Next, I heard from animation veteran David Feiss, who directed the mini-movies included as bonus features.  Finally I got a peek at the props that went into making the end credit sequence, such as the Barry the Berry costume (which Seamus built by using his 7 year old as a model), the boat and the pickle puppet, courtesy of Kevin Noel and Seamus Walsh.

Q&A with Director and Voice over talent, Cody Cameron

Q: The DVD contains a lot of amazing deleted scenes. Is it tough to see some of your scenes get cut?

A: Part of the job is presenting stuff and showing it to audiences and because of a certain length or maybe if the tone of the picture is changing, some of those things have to leave.  But it’s great that even if it doesn’t get to be in the final film, people are going to get a chance to see it.

Q: What do you enjoy more, directing or story boarding?

A: I started as a story artist and can tell you I definitely spend a lot more hours directing that storyboarding. What’s great about storyboarding is that you get to come up with ideas and draw the characters and come up with different angles but then you are handing that off to your directors and they are taking it further. What’s great about being a director is that you get to follow it all the way through

Q: Do you have a favorite scene?

A:  I may be biased, but I boarded the rally speech with Flint and Barry and did the voice work for Barry in that scene so it’s fun to see how audiences react to that. I’ve been doing voice work since the first Shrek movie.  To be lucky enough to be able to land the character is so much fun. I love to entertain people so that’s why I work in animation; to entertain kids and families.

Q: Do you constantly find yourself thinking about food and how they could be transformed into “Foodimals?”

A: Actually, after spending so much time with “foodimals” I’m trying to loose some weight.

Q: What are you working on now?

A: I’m taking 6 months off. I finished the film in September and after 3 years working non stop on Cloudy, when we were doing nights and weekends, this was the first chance I got to take a break.

A: We talk about the possibility of a 3rd one but it’s too early to know. 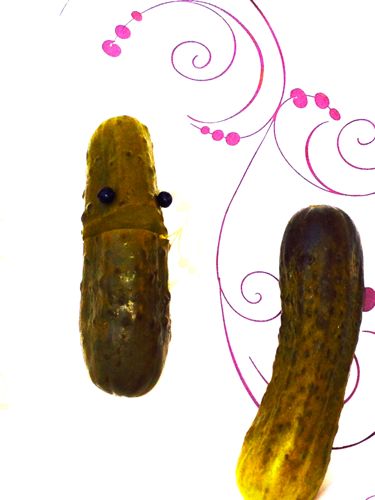 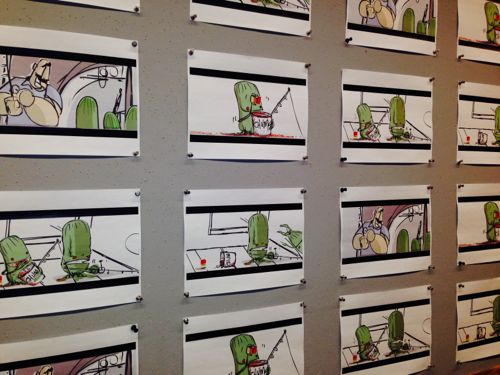 Q: How Do you go about creating a character?

A:  I design the characters, like in Earl Scouts, in my style.   In features there’s a lot of back and forth but not so much in the shorts.  I was told Gummy bears’ butt looked too much like a butt,  that’s about all I changed.

Q: How was it working with this team of voice over actors?

A: Bill Hader (Flint Lockwood) was remote but Anna Farris (Sam Sparks), Benjamin Bratt (Manny), Neil Patrick Harris (Steve) and Terry Crews (Earl Devereaux in Earl Scouts) were all here at the Sony lot. They were so professional… really great.  Terry was totally appreciative and respectful of all that Mr T had done. He’s a really great actor.

Q: How long does it take to make a short?

A: The process takes about 3 months, but I was working on all 4 at one time.

A: I work 10 hour days, but I have kids at home and my youngest is only 15 months old so that takes up a lot of my time at home.  It’s awesome though.   My older kids see the films and they always give their input.

Q: You’ve worked in both film and TV. Are they similar?

A:  It’s kind of the same animal.  I think all my training from television helped me to work fast.  You don’t have much time to make changes and rethink things in TV or in shorts.

Q: What are you working on now?

A: Right now I’m helping out on Hotel Transylvania 2

Q: What was the process for creating the end credit sequence?

A:  The directors wanted to show humans and animals coexisting.  The whole process took around 3 months but definitely the most time consuming is building.  The onion is carved out of materials used to make the soles of shoes, the pickle is foam and the boat is a big chunk of Styrofoam.

Q: You guys created a fantastic Conan parody. Did you need to get permission?

A: The parody was an homage, so we really didn’t need permission.  We’ve sent it over for them to see but don’t think we’ve heard anything yet.

Q: Do your kids ever offer input?

A: (Seamus) I run everything by my kids.  My 7 year old was the model I built the strawberry on. I get their help where I can with stuff like painting and mixing sand with paint for the models.

Note: Sony invited us to access this special event and roundtable. As always, all thoughts and opinions are our own.