Last week, I hopped on a plane to LA to preview the upcoming, prehistoric film The Croods and get a behind-the-scenes tour of Dreamworks. Now I must admit that I’m a sucker for tours, but this experience was especially enjoyable for me because the movie’s directors and producers took time out of their busy schedules to show us around and answer all of our questions. We even had a surprise guest appearance of Dreamworks CEO Jeffrey Katzenberg. Carey Bryson poses with me before we get our first glances of the campus. 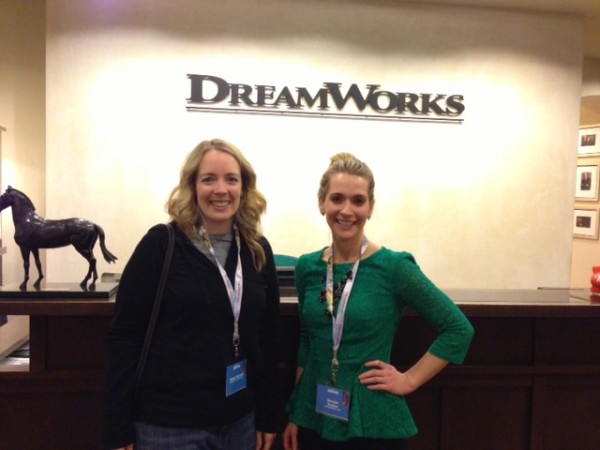 Our first stop at Dreamworks was access into their private viewing studio to be the very first audience to see the finished version of The Croods! I couldn’t believe we were so lucky! I threw on my 3D glasses and enjoyed every minute of this film. The Croods portrayed some funny characteristics similar to my own family, so I was thrilled to hop in an awkward family photo with the gang. Perhaps this would have been what may family would’ve looked like way back when?! 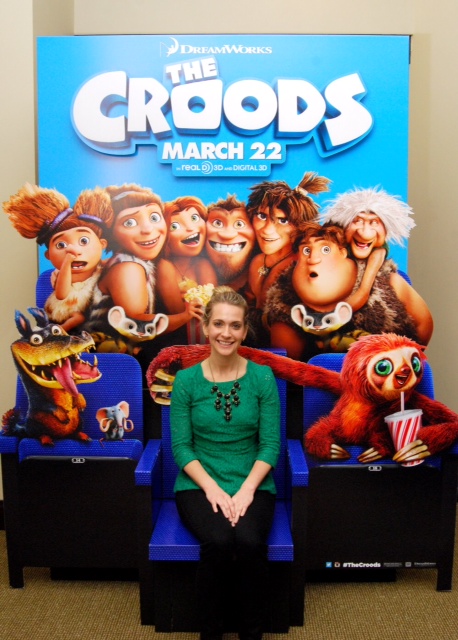 After enjoying a cocktail party after the movie, we all headed back to our hotel to get rested up for our big tour on Tuesday. Bright and early the next day, I was digging into an amazing breakfast of breakfast sandwiches and unlimited scoops of Lucky Charms. 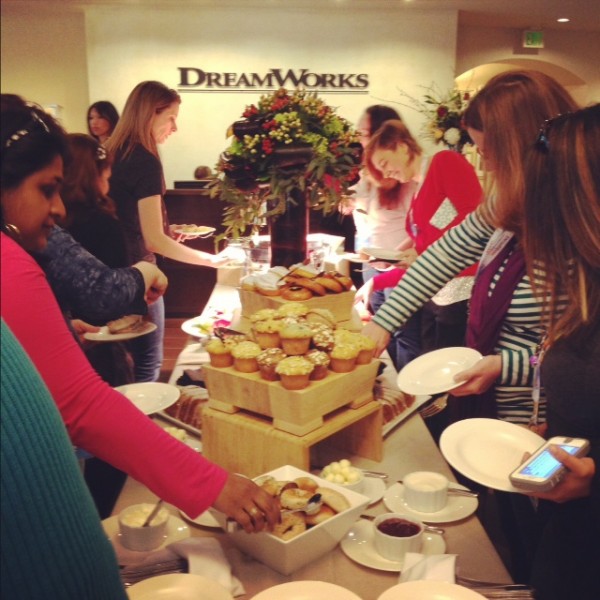 I scarfed down my breakfast because my favorite character from the movie Belt had just made a surprise appearance. Apparently, Belt wasn’t originally a superstar in the film, but as the movie creation unfolded, he was just too cute and funny not to be included as one of the movie favorites. Trust me, you’ll love him! 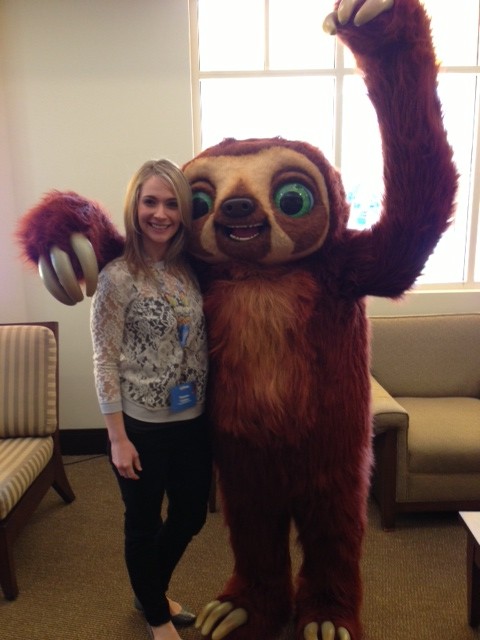 I also had to stop by the table with The Croods promotional products. I know that kids are much more likely to choose healthy foods with favorite characters on the packaging, so I was happy to see that The Croods enjoy all natural eggs in their diets. Who would’ve thought? 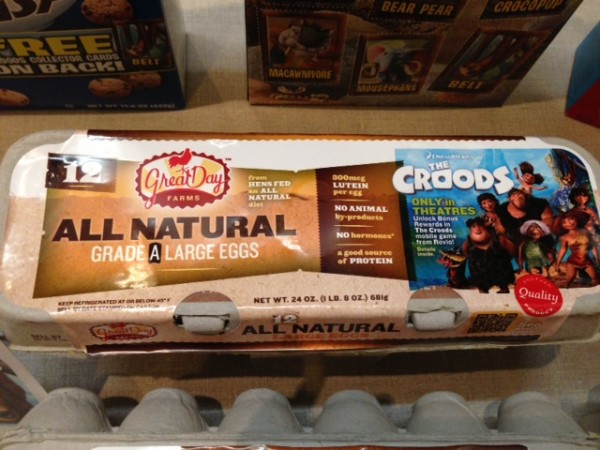 I was then put into a group for a day full of fun at the Dreamworks campus. More to come in the next couple weeks on the Dreamworks tour and my reactions to the movie. Here’s just a sneak peek at Dreamworks. Fountains are everywhere to create a peaceful environment and drown out local traffic. Can’t wait to tell you all about it! 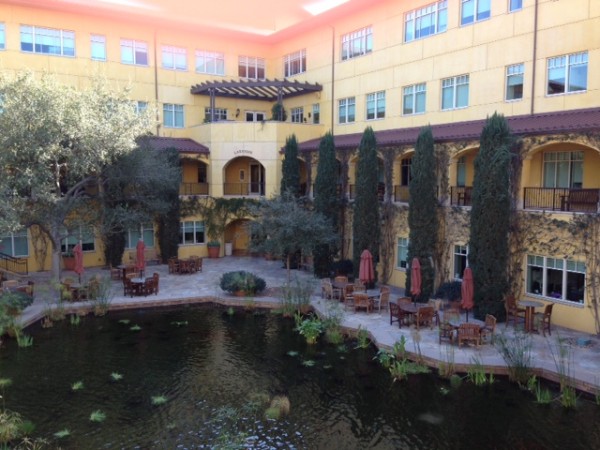 We saw this movie in advance of it’s official release to facilitate this post series about Dreamworks and The Croods. Travel and expenses were provided by Twentieth Century Fox and DreamWorks Animation. As always, all thoughts and opinions are my own.

1 thought on “Behind-the-Scenes with The Croods at Dreamworks”