Beyarriors are powered by Beyblades and your Beywarriors can battle it out against each other in this ready made arena area that allows the Beywarriors to crash, spin and bounce off the 8 walls for awesome battles.

Take a peek at my girlfriend Whitney and I battling it out. I need to claim a rematch as I got nervous dropping my Beywarrior into the Beystadium so my little guy got all messed up. These are super easy to use as you just rev up your Beywarrior with the ripcord and then let it rip and spin!

Each figure is customizable – you can swap their heads and change out how the guys look. Each Beywarrior battler is 5 pieces so you can alter the look of your figures which is fun for kids.

I really like these Beywarrior Battlers more than individual Beyblades as I love the idea of having the figures battle it out in the arena vs. just flying across the hardwood floor in my kitchen! So I think not only kids will love these but especially Mom!

The set also comes with collector cards so kids can unlock online game play as well. Priced at $39.99. You can buy individual Beywarrior Battlers for only $9.99 so you can have more players for your arena battles.

Note: I received the Beywarriors Shogun Steel sample set at the Hasbro Hot Toy media event. As always, all thoughts and opinions are my own. 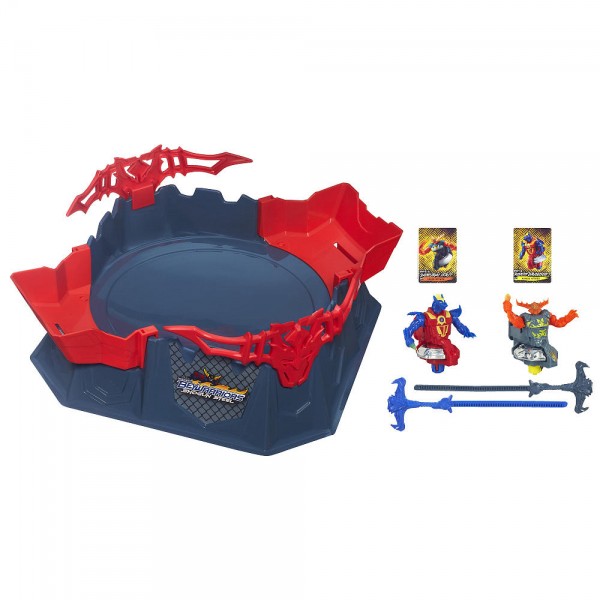 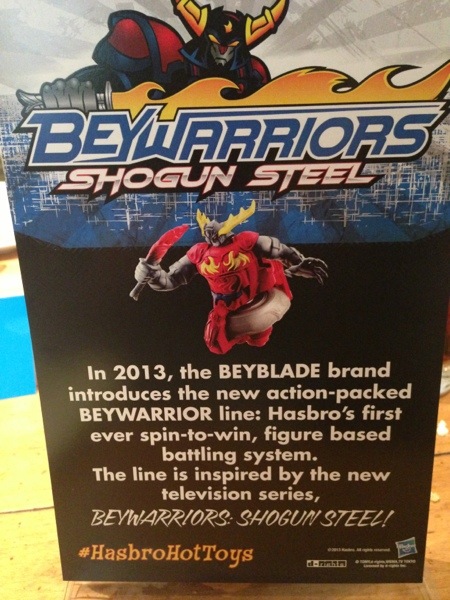