A Saturday spent celebrating with the Smurfs. As you can imagine, every child lucky enough to be at Sony’ screening of the new animated short, “The Legend of Smurfy Hollow,” was feeling simply Smurftastic. 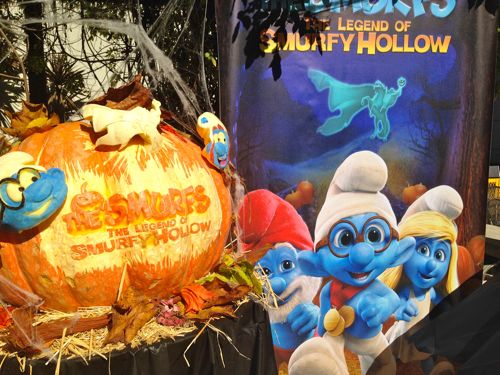 The festivities, in honor of the films arrival on Blueray, DVD and Digital, kicked off with the movie which is a take on Tim Burtons, “The Legend Of Sleepy Hollow,” without being too scary, too long, or too confusing.  In fact, a portion of it is in old school hand drawn animation, which for the adults will take you back to the satisfying simplicity of the cartoon you enjoyed as a child.  It is truly, as director Stephan Franck hoped, a fitting tribute to the original comic books and strips. 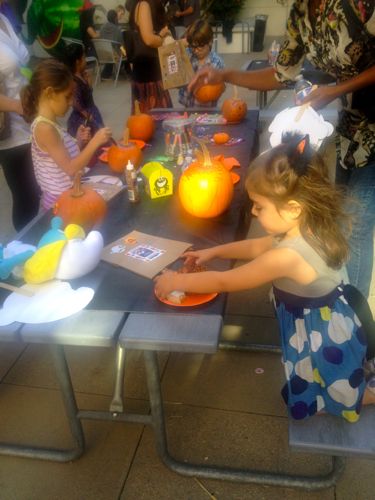 Following the film, the kids headed outside where they were greeted by a table of assorted treats (including some which were gluten free), a caricature artist, photo booth, pumpkin decorating and the afternoon’s guests of honor. 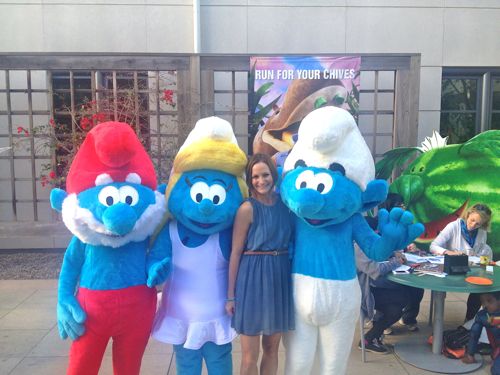 It was a toss up as to who was more excited to pose for pictures with the Smurfs, the adults or the kids, but in the end everyone got their chance; a chance to revel in the magic of being – or remembering what it is to be – a kid.