Did you know that The Little Mermaid was released 30 years ago??? To celebrate this special anniversary, Disney is releasing a brand new Anniversary Edition of The Little Mermaid on Blu-Ray. While in California last November for the Ralph Breaks the Internet movie premiere, I was able to meet one of Disney’s famous animators, Mark Henn, who I personally like to think of as the creator of The Little Mermaid for his animation work to dream up and draw this legendary and beloved princess.

Princess Ariel is one of my absolute FAVORITE Disney Princesses, so meeting Mark Henn was pretty much a bucket list experience for me. I remember falling in love with The Little Mermaid movie as a 12 year old …  a few years after the movie came out, one of my best friends even gifted me the soundtrack on cassette for Christmas because everyone knew how much I loved the music and film… even though I think I was a high schooler!

Never did I dream then that one day I’d have my very own ORIGINAL pencil drawing of Ariel by her animator Mark Henn! Take a look at this treasure  that I’m planning to frame and hang in my office. 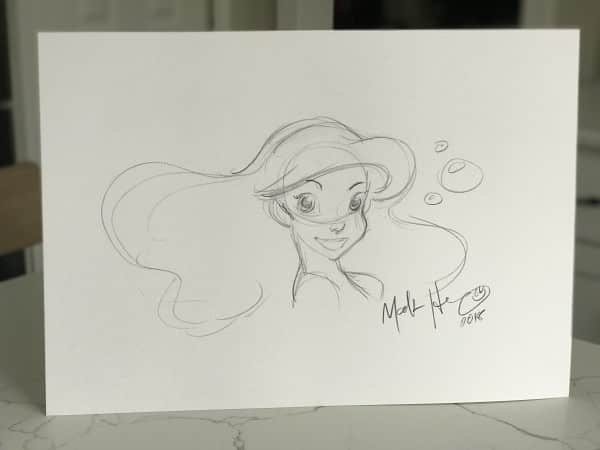 Mark Henn was the 2D animation supervisor for Ralph Breaks The Internet, which was a heavy CGI animated film. His specialty is truly his drawing ability and old school 2D animation. He is the “paper & pencil” guy who has been working in Disney animation for 38 years! WOW!!!!!!! What’s amazing about Mark Henn is his ability to adapt to change as well as technology has become such a major force in animation today. He explained that some of his co-workers have struggled with that change absolutely. And of course, he said the younger guys today who are computer animation types always tell him they wish they could DRAW like him.

So it was an incredible opportunity to have a chance to sit down and WATCH Mark actually draw Ariel and then for him to also give us a few drawing lessons ourselves! 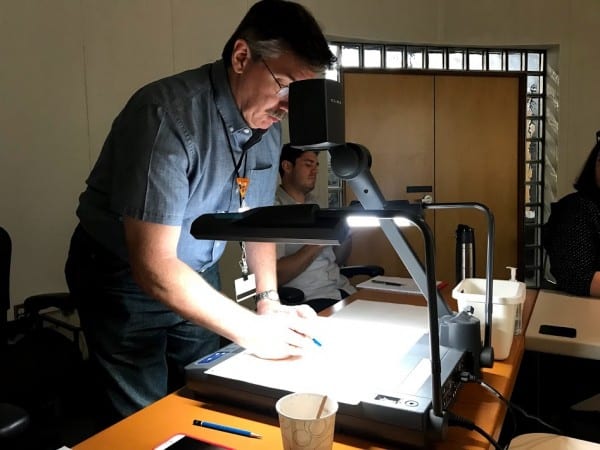 Mark said he’s been labeled as “the Princess Guy” since of the 14 Disney Princesses, he’s been responsible for the creation of about at least half of them. Mark Henn was the directing animator and supervising animator of “Ariel” from The Little Mermaid and he’s also played a major role in the animation of so many other beloved princesses, like Belle, Jasmine and Tiana. Awesome right? 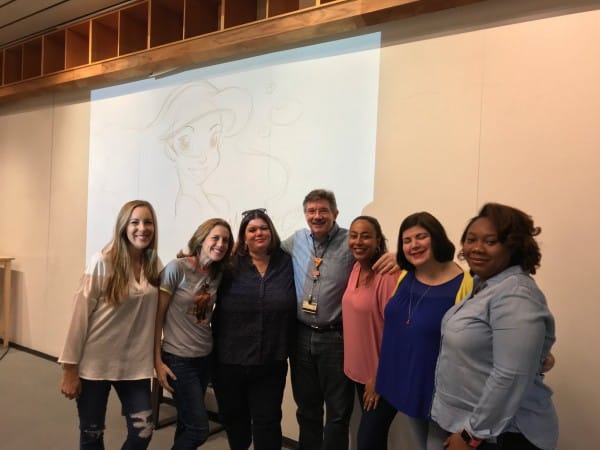 How Long Does it Take to Create a Character?

Mark says it could be a few months or even a year!
When asked how long it takes for him to create a character he explained that, “ it’s a lot of art by committee. We test drive things to see if shape works or if it looks like the voice works and is what would come out of the character.”
Sometimes, they’ll take lots of different drawings from all the animators to ultimately create the final character. Lots of different drawings and together they create their character!

I thought it was cool how Mark explained that when drawing Ariel both under the sea in the Little Mermaid, and as he advised the animation team on Ralph Breaks the Internet on the Disney Princesse Sleepover scene & the modernization of that Princess canon, he told us all you need to think about things like the hair. For instance, with Ariel, her hair always FLOWS as if she’s under water. Cool right? So whether Ariel is on land or water, she has that flow like look to hair! And of course, you’ll notice his hand drawings of her that he demonstrated in class and mailed to me,  include those sweet bubbles since she’s often underwater! 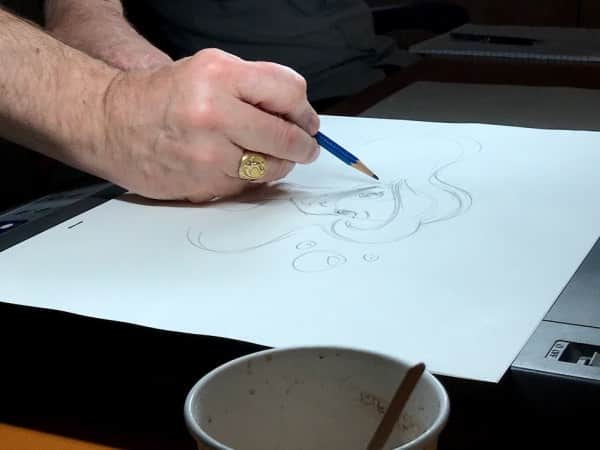 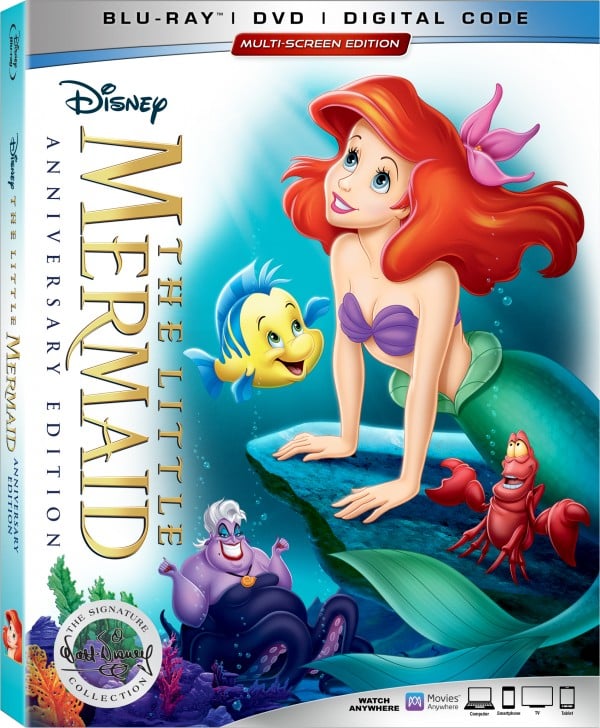 Get ready to dive into this new anniversary edition which will be full of all-new bonus features and a sing-along mode. Nice! The magical, musical tale of mermaid princess Ariel — along with loveable sidekicks Sebastian and Flounder, and the love-to-hate sea witch Ursula — will be making a big SPLASH for the first time Digitally in HD, 4K Ultra HD  and Movies Anywhere TODAY  Feb. 12th , and on 4K Ultra HD and Blu-ray™ in stores everywhere on Feb. 26.

Note: Disney paid for my travel expenses to attend the press event in Los Angeles, CA for Ralph Breaks the Internet. As always, all thoughts and opinions are my own.