Love her! When I was asked to jump on a phone call with Jessica Alba, who is promoting the animated family flick releasing today February 15th, Escape from Planet Earth,  I said YES in a nano-second.

I think this movie star Mama seems totally relatable compared to other celebrity Moms. She did not disappoint and was lovely on the phone. I especially loved that when she answered my questions about which books were her daughter’s favorites she went on and on naming tons of titles after going into Honor’s bedroom to check out what was on the shelves. 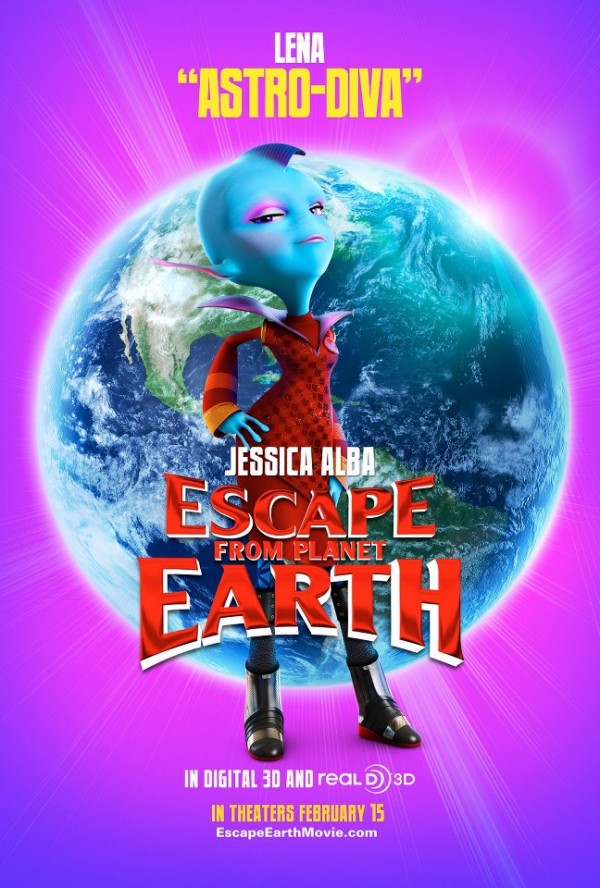 Q: Honor’s thoughts on Escape from Planet Earth, which looks to be an exciting action packed animation alien movie:

Jessica said Honor kept her 3D glasses on the entire movie and absolutely LOVED it. I’m taking my kids to see the movie tomorrow, but Jessica told us that the narrative is very easy for kids to wrap their head around so I’m sure Kenzie and Kyle will love it too.

Q: What other movies does Honor enjoy?

Q: What books are your daughter’s favorites?

Sounds like Jessica does a ton of reading with Honor. Awesome! A few of the titles she was raving about included Pinkalicious – a total favorite for my kids — Eloise, Berenstein Bears, Mother Goose Nursery Rhymes, and The Very Hungry Caterpillar. She also said they’ve been reading Babar which her and her husband are always surprised about how dark the story actually is!

Q: What are your thoughts on the character Lena? What do you have in common with her?

Jessica said she has absolutely nothing in common with Lena, saying, “I’m not a blue alien and I have kids!”

Jessicas thoughts on the character though were sweet and make me really look forward to seeing this family film over valentine’s day weekend. Jessica said that everybody wants to be loved, even baddies. Lena never had luck in love so she had to go to another planet to find love! 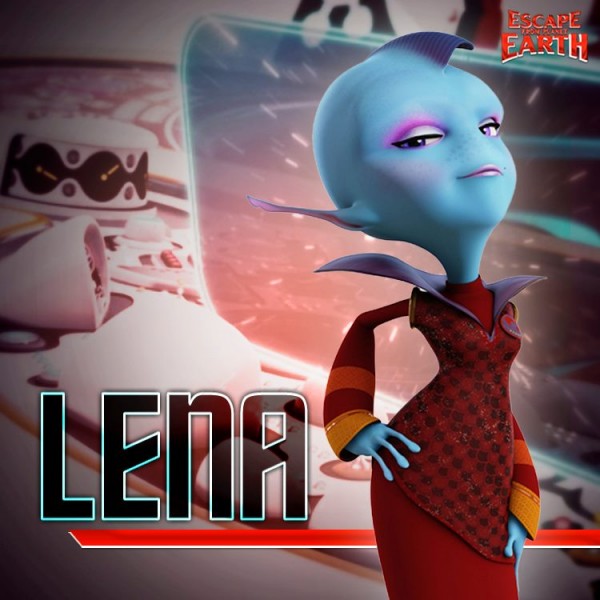 Lena is the head of BASA, the Baabian Aeronautics and Space Administration.  As BASA has its hands full taking care of problems across the galaxy, Lena is continuously stressed out, busy, and up to her neck in problems.  But she is currently working on a very secret project – one which will change Baab, and everyone on it.