During my interviews for the Finding Dory press junket, I had the chance to chat with the Voice Cast for Marlin and Nemo in Finding Dory. Marlin was played by the the same original voice while Nemo’s voice was by a newcomer since the original Nemo is now an adult!

Albert Brooks (voice of “Marlin”) & Hayden Rolence (voice of “Nemo”) were a pleasure to interview. I loved their enthusiasm for the story and young Hayden’s excitement over being cast in this iconic role. And Albert is quite comedian too! 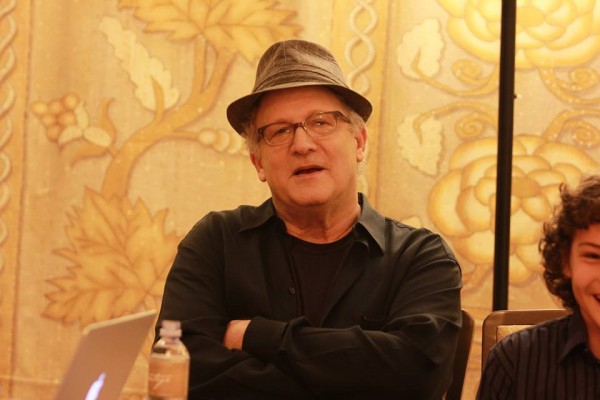 What I especially loved was how Albert seemed to play the paternal role offscreen too with his young co-star– just as Marlin does with his son Nemo in the film. As you can tell from our photos, Albert had his arm protectively around Hayden, the voice of Nemo. It was this way throughout pretty much our entire interview too. So sweet! 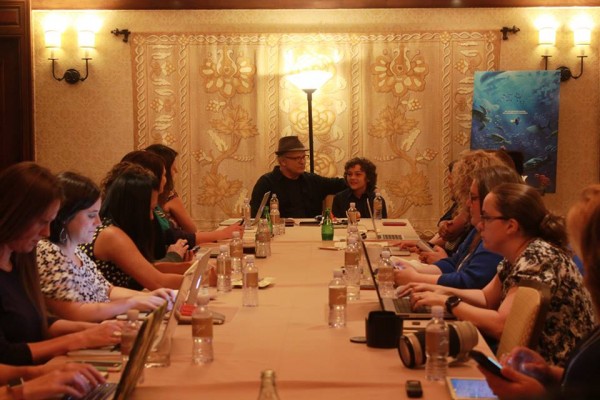 Albert Brooks on his parenting style compared to Marlin

We asked Albert if he was a worrier like Marlin. Albert was pretty hilarious in general and he said, “Well when my children were younger, I worried more. Now I worry less and I pay more. I’m a worrier but not as much as Marlin, nobody can worry as much as Marlin. “

Albert Brooks Thoughts on the Relationship between Nemo & Marlin

“In the first movie, the idea of a father losing a son, you know, it’s a nice father son story at any juncture. It’s a worried father and I liked where it had sort of mellowed that, you know, Marlin felt secure now about his kid.

Well, you know, I like this blue tang, but I don’t know, do I want to risk my life and then he sees how important it is to the kids.  So he does it for the kid and it’s a different kind of relationship than the first movie. I sort of thought Marlin was a little wiser and a little warmer. Because he wasn’t so panicked.” 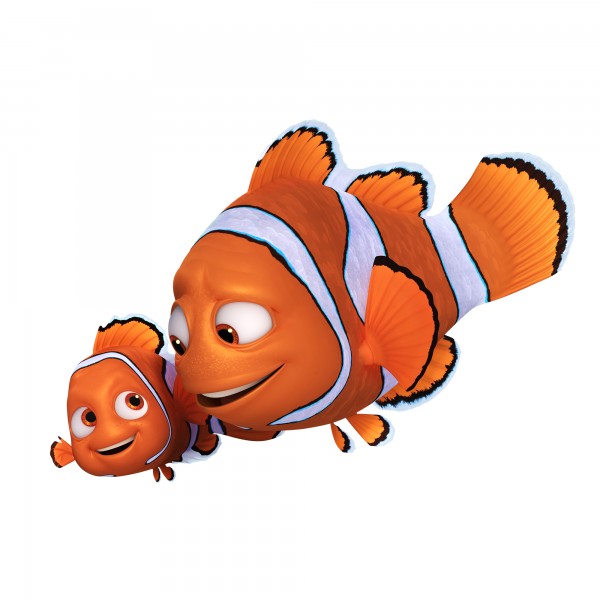 As you know, Finding Dory is filmed 13 years after the original movie, a new voice needed to be cast to play this role.

Hayden told us he was, “ASTONISHED” when he found out he got the part. I absolutely loved his excitement and how thrilled he was about the entire experience. Meeting the cast and attending his first movie premiere.

“I was actually at school when my parents got the call from my agency, and my parents told me that I had an audition that day.  So my dad got out the camera and then they told me the news.  And I was sort of in disbelief at the beginning, I’m like, you guys are joking with me right but then once I realized that they weren’t actually joking with me, I was astonished. I couldn’t believe it.” 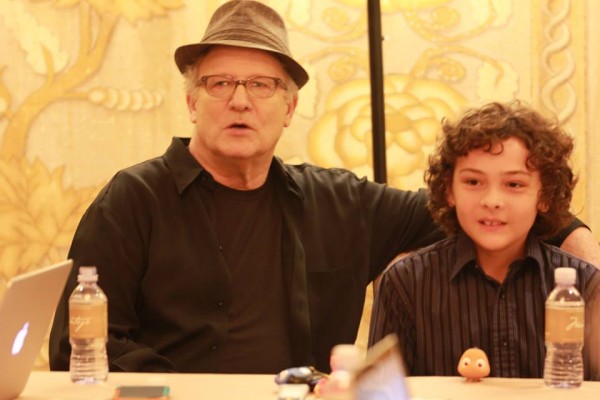 Hayden also told us he was worried about playing the voice of such an iconic Disney character. He told us,”the biggest challenge was probably knowing that he was art- that Nemo was already a character and knowing that I wanted to do him justice. I didn’t want any disappointment.”

No worries there as Hayden sounded just the original Nemo to me and everyone else. He did an AMAZING job!

And continuing on the funny streak, Albert Brooks told us, “But if they’re going to make a third one, they better hurry up because he (pointing to Hayden) won’t get a job and I’ll have to have a wheelchair!”

Note: Disney covered my travel expenses to LA for the Finding Dory Red Carpet event and Disney press junket. As always, all thoughts and opinions are my own. Photo Credits: Sara Lundberg / BudgetSavvyDiva.com