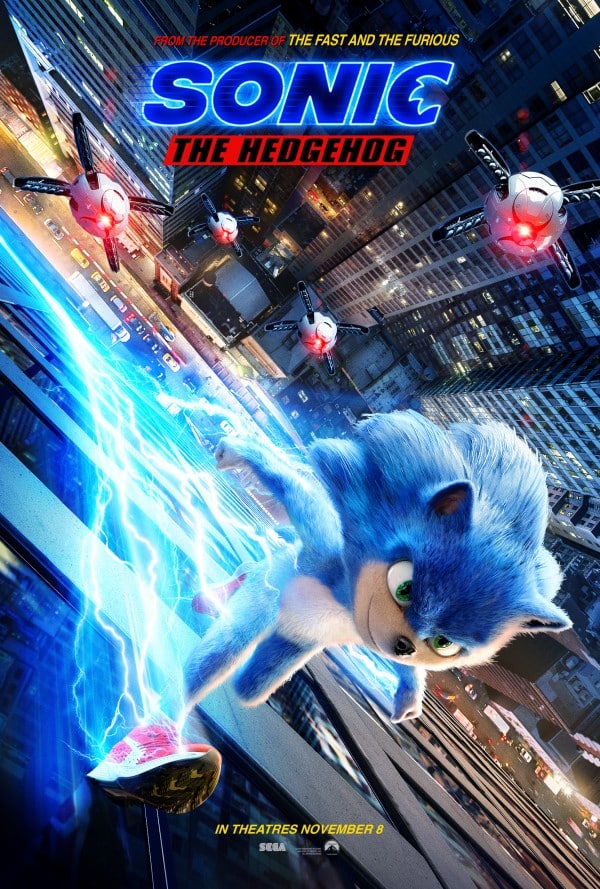 A mix of mischief and total cuteness! It’s  Sonic The Hedgehog. He’s a whole new speed of hero. Watch the new trailer for Sonic The Hedgehog, in theatres this November. YAY!!!!!!!  I can’t wait to see how the producers of The Fast and the Furious bring this live action adventure comedy to life on the big screen. If you are a fan of the video game, this movie shares Sonic’s backstory by exploring how he came to Earth and how he deals with being an outsider in strange world.

SONIC THE HEDGEHOG stars James Marsden, as the new human best friend of Sonic and Jim Carrey as an absolutely hilarious villain desperate to capture Sonic. James Marsden is always dreamy and I can’t wait to see Jim Carrey take on this role of the villain. I’m always so impressed and amazed by the roles he plays. Jim Carrey is the definition of a CHARACTER as he brings such enthusiasm, craziness and total LIFE to his roles. He totally gives new meaning to the phrase, what a CHARACTER! LOL 🙂

The trailer for SONIC THE HEDGEHOG is fantastic and my kids and I can’t wait to see this film. Check it out here!

How cute is Sonic in this trailer? I can’t wait to watch this mischievous character on the big screen!

Jim Carey as the villain in SONIC THE HEDGEHOG 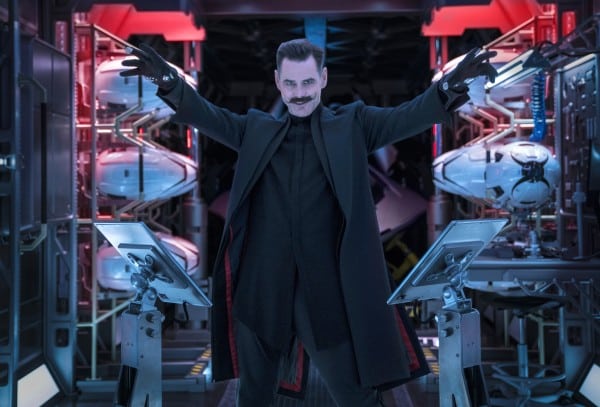 Besides being excited to see the mischief making and totally adorable SONIC on the big screen, I am so anxious to see Jim Carrey in his starring role of the villainous Dr. Robotnik. Jim Carrey’s character is intent on capturing SONIC to use his powers for evil and world domination. Sounds like this will be a hilarious and action packed flick!

SONIC THE HEDGEHOG – IN THEATRES THIS NOVEMBER

SONIC THE HEDGEHOG is a live-action adventure comedy based on the global blockbuster videogame franchise from Sega that centers on the infamously brash bright blue hedgehog. The film follows the (mis)adventures of Sonic as he navigates the complexities of life on Earth with his newfound – human – best friend Tom Wachowski (James Marsden). Sonic and Tom join forces to try and stop the villainous Dr. Robotnik (Jim Carrey) from capturing Sonic and using his immense powers for world domination. The film also stars Tika Sumpter and Ben Schwartz as the voice of Sonic.