Good stuff! Paddington Bear was a classic for me as a child so I’m so excited about the news that a PADDINGTON movie will be hitting the big screen on December 25th, 2014 from the Weinstein Company. I so love seeing my childhood characters brought to life for my own children. How I would have loved this flick as a kid! 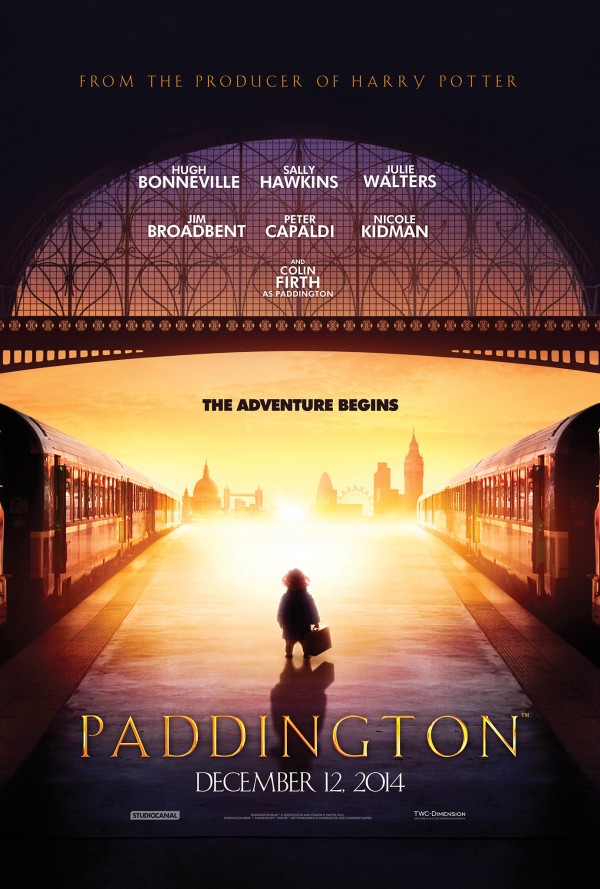 Here’s a peek at the Paddington Movie Trailer. It is AWESOME! From the producers of Harry Potter and it looks hilarious! Both Kenzie and Kyle were hysterical with me watching this sneak peek. We can’t wait to see Paddington brought to life this winter.

From the beloved novels by Michael Bond and producer David Heyman (HARRY POTTER), PADDINGTON tells the story of the comic misadventures of a young Peruvian bear (voiced by Firth) who travels to the city in search of a home. Finding himself lost and alone, he  begins to realize that city life is not all he had imagined – until he meets the kindly Brown family who read the label around his neck that says “Please look after this bear. Thank you,” and offer him a temporary haven. It looks as though his luck has changed  until this rarest of bears catches the eye of a museum taxidermist.