I’m thrilled to announce I’ll be hosting a Twitter Party to celebrate the upcoming July 3rd  release of Despicable Me 2 in theaters next week on Monday June 24th at 8 PM EST – 9 PM EST. We are all so excited to see Despicable Me 2 as we hear it is even more hilarious than the 1st movie with more outstanding and outrageous characters joining the cast for more minion madness and mayhem.

We’ll be giving away an iPad Mini during the party plus tons of other despicably cool prizes. Even cooler, the writers from the film, Cinco Paul and Ken Daurio, will be joining us for the party to answer fans questions. So cool! It’s easy to participate, just tweet your questions for the @DespicableMe  writers using #Despicable2Chat hashtag and then tune in June 24 at 8PM ET for their answers and to continue the conversation.

Cinco Paul and Ken Daurio also wrote the first Despicable Me film AND The Lorax!

Check out the trailer below.

I also love the relationship between Gru and his girls which we’ll definitely see more of again in Despicable Me 2.

We have amazingly despicable prizes to giveaway to 15 lucky winners. Here’s the scoop on our prizing for the Twitter chat: 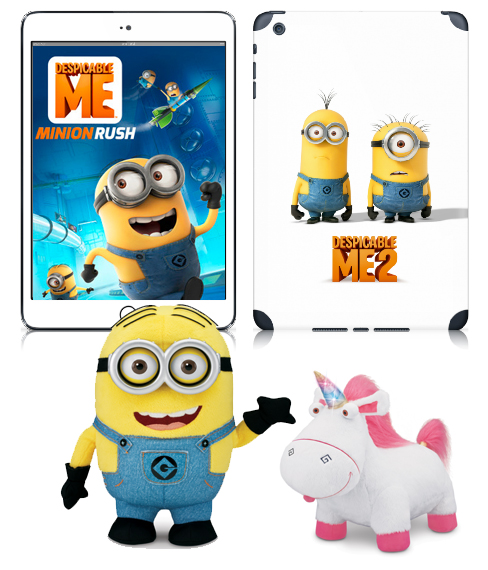 9 Winners for the Despicable Me Prize Package

Join our official Despicable Me 2 Twitter party with the Filmakers 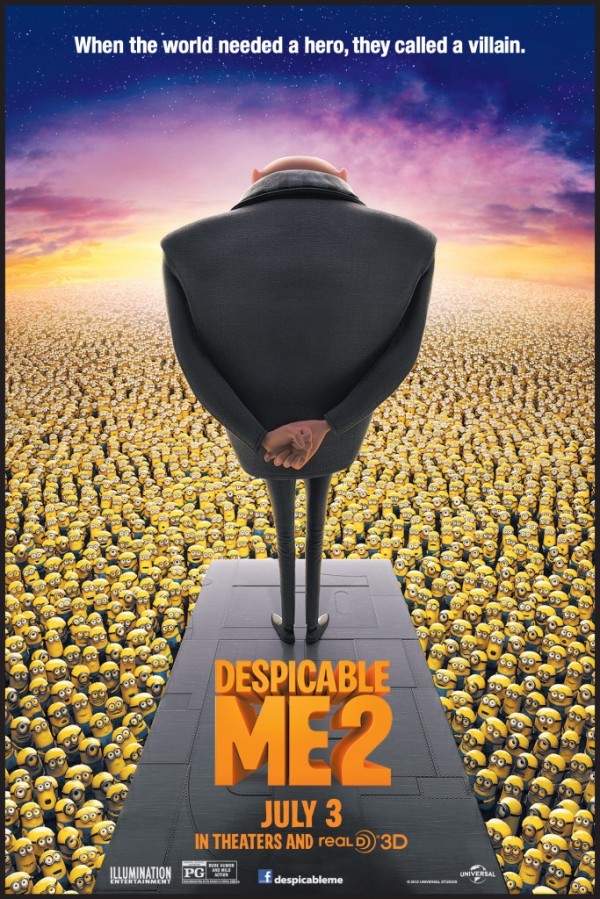 Official scoop on Despicable Me 2:

Universal Pictures and Illumination Entertainment’s worldwide blockbuster
Despicable Me entertained audiences around the globe in 2010, grossing more
than $540 million and becoming the 10th-biggest animated motion picture in
U.S. history.  In summer 2013, get ready for more Minion madness in
Despicable Me 2.

Remember  to follow @DespicableMe  and use #Despicable2Chat during the 1-hour event to ask questions LIVE and win awesome prizes.