Tis the season of the Disney Descendants! Who else has kids singing and dancing to Disney’s latest summer hit movie? We picked up the Disney Descendant 2 doll set that included both Ben and Mal – some of our most fave characters from the flick. Aren’t they adorable? Super bendy and flexible too! Take a close up look in our Disney Descendants Mal and Ben Doll set Video review below. 
This extra special 2 pack sells for $29 and we picked ours up at our local Toys R Us but it was literally the last one we saw there as all these dolls have been flying off shelves like hot cakes since the movie hit. Disney and it’s licensing partners are also selling lots of other Descendants goodies like a little stationary set, costumes at the DisneyStore and more! 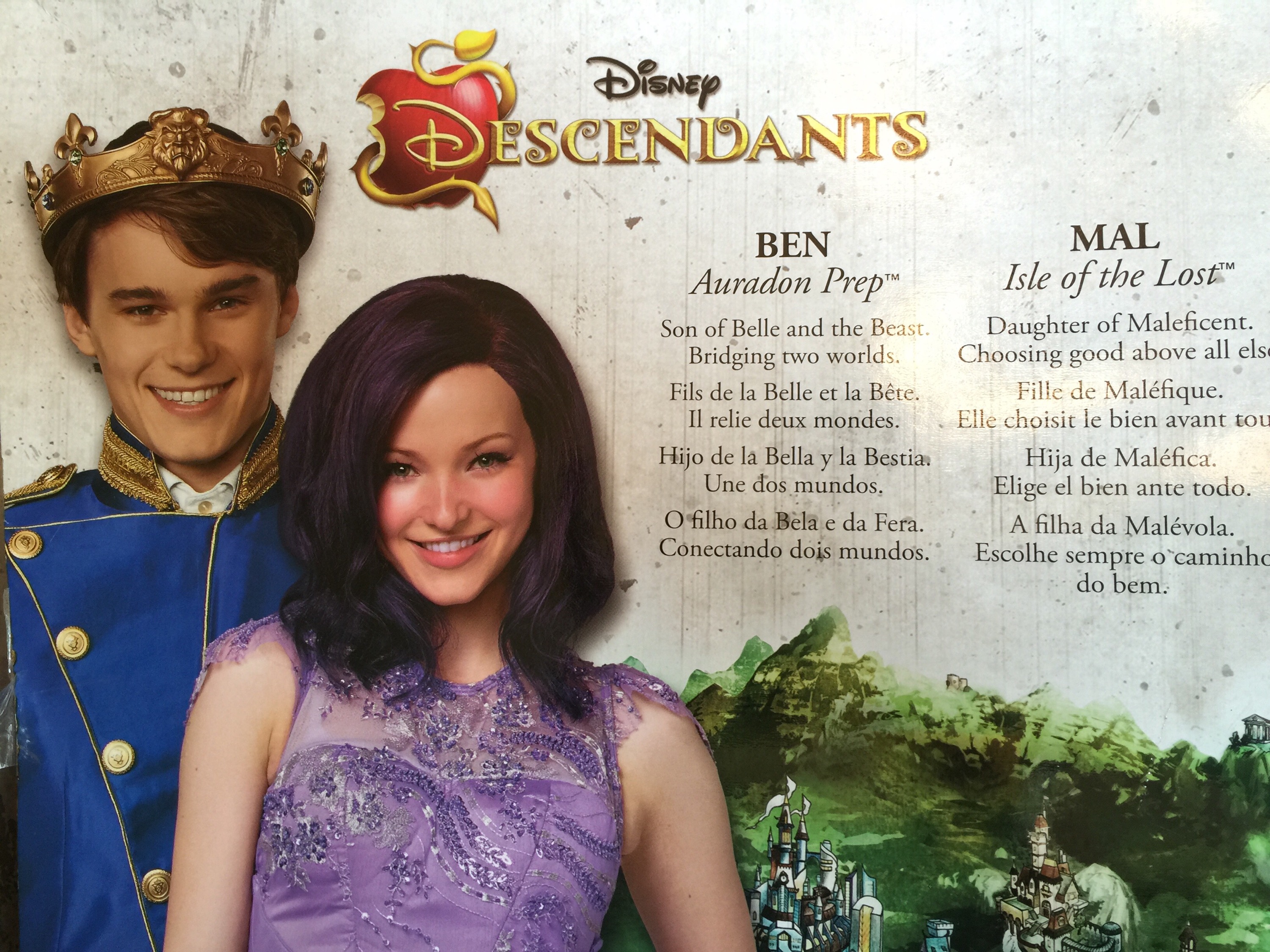