Aladdin is one of the best musicals we’ve ever seen – and the length of 45 minutes is perfect for young children. Kenzie and Kyle were both totally enthralled – as were Mike and I. Non stop music, comedy, and top notch sets and special effects that match anything you’d ever find on Broadway. 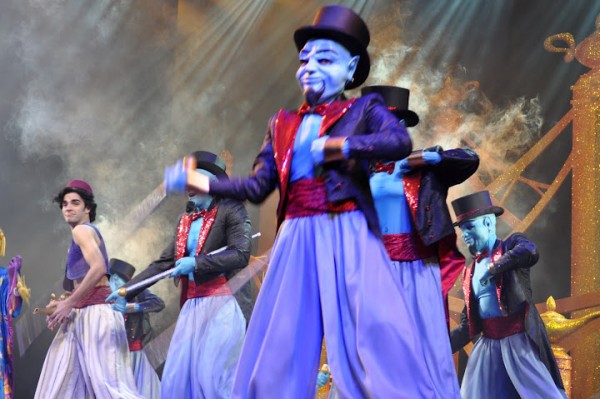 We literally sat in the 1st row as we arrived in the theater about 10 minutes early for the 6:15 show – and let me tell you the front row was awesome. Aladdin had lots of special effects in the way of smoke to create the look of clouds during Aladdin’s magic carpet ride with Jasmine and at various points when the Genie was working his charms. Being up close we got very fogged out a few times but it made it all the more extraspecial and real.

Every seat in the theater is excellent, but being in the front row meant that characters were literally walking in front of us every time the cast ran around the theater to get close to the audience. I thought that was exciting but for a 4 & 6 yr old that was VERY exciting!

My advice is to definitely NOT miss this show if you sail on the Disney Fantasy…… Aladdin is fabulous!

I know with kids it’s tough because it’s a juggling act with bedtime and a million awesome amazing activities to consider – however, in my opinions the one thing you never skip on a Disney Cruise is their Entertainment shows. Truly they are top notch and spectacular. Something you can never really experience at home so they are a total “MUST DO” while on any Disney Cruise.

Here’s a clip of some of the new entertainment on the fantasy including a number from Aladdin! You will recognize it when you see all the Genies dancing around!

Each evening while on the Disney Cruise, there is a different musical or show to see. Either at 6:15 or 8:30 depending on your dinner rotation and seating time. Tomorrow, we’ll see the new show Wishes created especially for the Disney Fantasy as well. It looks awesome based on our preview shown above that we saw while at the Christening Ceremony for the Fantasy in NYC earlier this month.

Stay tuned for more updates on the Disney Fantasy. I have lots more to share but the Internet WiFi connection on the ship is a bit slow as far as uploading media for videos and photos since we are now officially at sea. 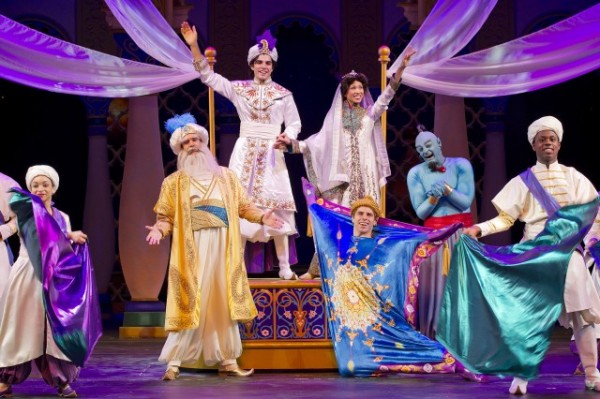