Hitting theaters TODAY! Disney Frozen is a MUST SEE movie that will captivate the hearts of every child – and their parents too. Read on for my Disney Frozen Movie Review. Frozen is simply fabulous. Beautiful animation paired with a knock-out musical and a stellar storyline about the love between two sisters. When you leave the theater you won’t be able to stop thinking about FROZEN or singing the catchy tunes from the film. 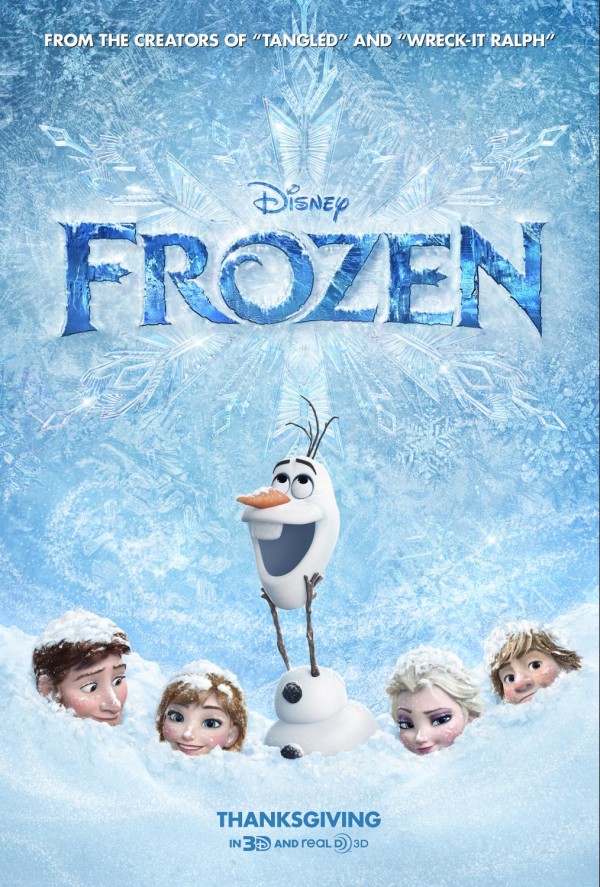 Over the last week I’ve been sharing scoop on my experience attending the “red” or “snow” carpet  Disney Frozen world premiere & my interview with Kristen Bell, who voices Anna in the movie, but now it’s time to talk about the movie. I saw the movie at the premiere and my children and husband had the opportunity to screen Frozen earlier in the month.

All of us were blown away by this fabulous Disney animation and musical. My kids, aged 5 and 7, both say Frozen is now 100% their most favorite Disney movie ever. Plus, we have been listening to the soundtrack non-stop for the past week – both at home and in the car. It’s just that good. I think for years to come children and adults will be singing this magical music and Frozen will be quick to become a Disney classic.

The music is truly so excellent. Think of the caliber of musical that is The Lion King or The Little Mermaid – and then just add FROZEN to that list.

From a character standpoint, Princess Anna is a likable, goofy, spunky, and the kind of girl who is determined to solve her own problems. Awesome!

I loved Frozen and I honestly can’t wait to see it in the theater again. I left singing the tunes and “Let It Go” is now my favorite tune. “Let it Go” is sung by Idina Menzel (Tony Award Winner for Wicked), who plays Elsa during what is one of my favorite scenes in the film. You may also have heard Let It Go on the radio as sung by Demi Lovato. A genius song that is just amazing during a gorgeous and powerful scene in Frozen.

Check out the official Frozen Trailer for a sneak peek at this magical new Disney movie.

Disney always seems to be able to create a storyline that appeals to both children and their parents which I find makes their films so special to everyone. At it’s heart, Frozen is a story about the love between two sisters.

Here’s is a brief synopsis on the storyline of Frozen from the official synopsis. 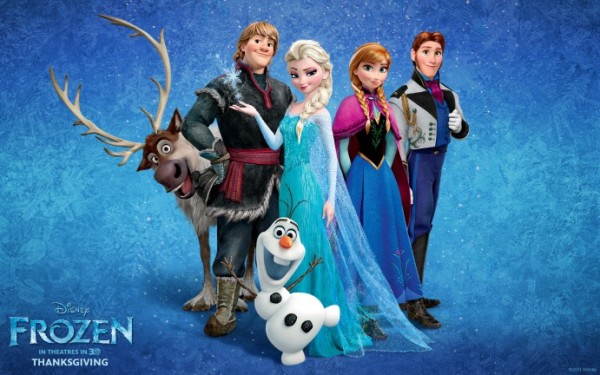 Walt Disney Animation Studios, the studio behind “Tangled” and “Wreck-It Ralph,” presents “Frozen,” a stunning
big-screen comedy adventure. Fearless optimist Anna (voice of Kristen Bell) sets off on an epic journey—teaming
up with rugged mountain man Kristoff (voice of Jonathan Groff) and his loyal reindeer Sven—to find her sister Elsa
(voice of Idina Menzel), whose icy powers have trapped the kingdom of Arendelle in eternal winter. Encountering
Everest-like conditions, mystical trolls and a hilarious snowman named Olaf (voice of Josh Gad), Anna and Kristoff
battle the elements in a race to save the kingdom.

On Frozen’s Olaf the Snowman – What a Sidekick!

Kids will be rejoicing about the adorable and hilarious Olaf after they watch Frozen. The little snowman Olaf will fast become one of the most favorite movie sidekicks. Here’s one more cute clip of one of Olaf’s scene stealing moments when he sings a song about loving summer. Yes, this snowman DREAMS of heat.

Run, skate, sled, or ski into theaters this weekend to see FROZEN. It’s FANTASTIC and the perfect family movie for the holidays.

Behind the Scenes at Disney Animation Studios

Note: Thanks to Disney for paying our travel expenses to attend the Frozen premiere and press event. As always, all thoughts and opinions are my own.