Perhaps the coolest take your child to work day ever. Yesterday, the kids, Mike, and I had a tour at Space Camp in Huntsville, Alabama to prep us for the Space Warriors premiere. I was on official “assignment” for Walmart to do red carpet interviews about this great new family film from Walden Family Theater airing on Hallmark Channel on May 31st and opening in theaters everywhere today. Sneak peek at the iPhone photos – more to come later with video & official red carpet shots. 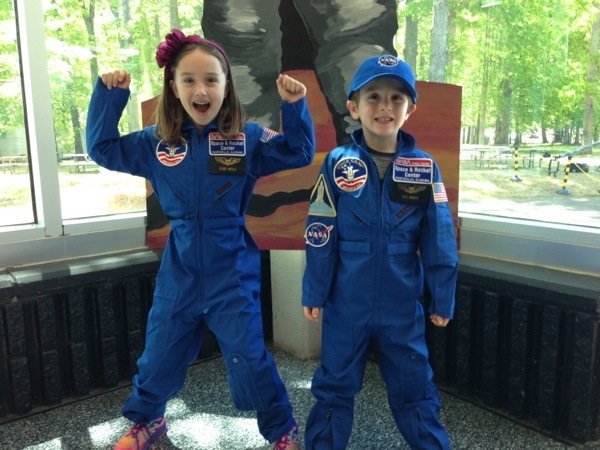 These spacesuits from the Space Camp team are awesome – complete with the kids very own named engraved on a leather badge. Coolest souvenir ever! And yes the kids don’t ever want to take them off. 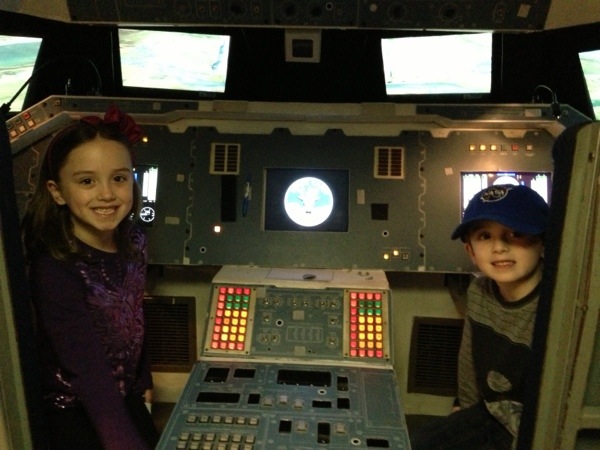 Seeing Space Camp before watching Space Warriors was so cool as we felt like we recognized all the equipment, landmarks on base, and the exercise drills. Here’s the kids pretending to test pilot the shuttle.

Super cool that my family was able to come on this adventure with me.  This was the perfect definition of a family project since all of us were involved in touring Space Camp, Mike filming us, kids having a blast running around together at Camp and the premiere, and us experiencing watching the movie together as a family. 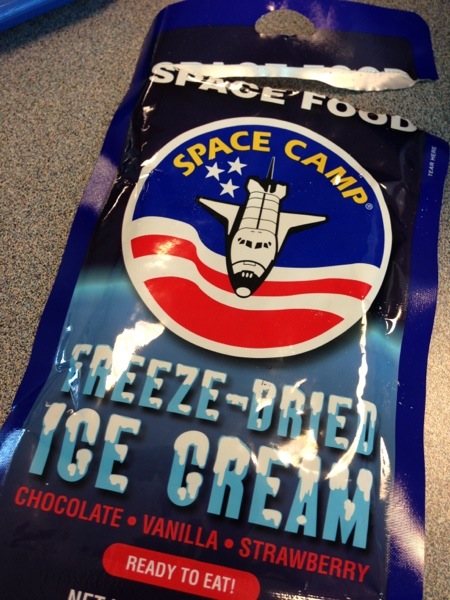 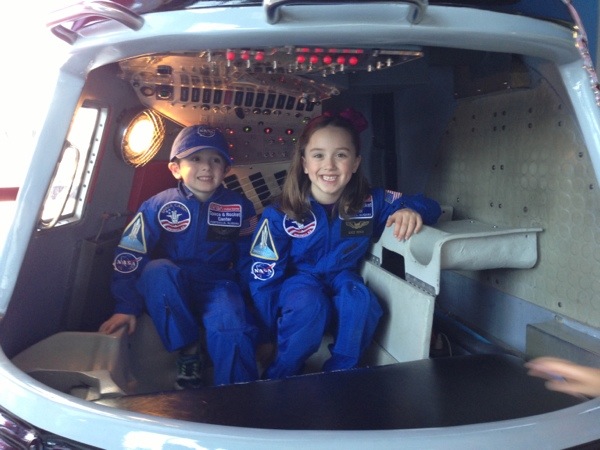 Playing in one of the tiny pods that is a replica of the original way man first went into Space. (These sat on top of the GIANT rockets!)

After playing all morning at Space Camp, we forced the kids to take a nap.  We knew major meltdowns would be in effect if they didn’t get extra rest after having a long travel day and late night to get here topped off with staying up til midnight for the movie premiere.  Yes they resisted but luckily we got them to each sleep before showtime.

We arrived and Kenzie and I both got microphones on so we could interview the child cast from Space Warriors for a video montage Walmart is creating about this inspiring family film. Kenzie loved the mic and felt very fancy and important doing interviews with Mom. I’m so proud of her willingness to try new things and it was cool for her to see what Mom does when I have an official day on the ClassyMommy job. 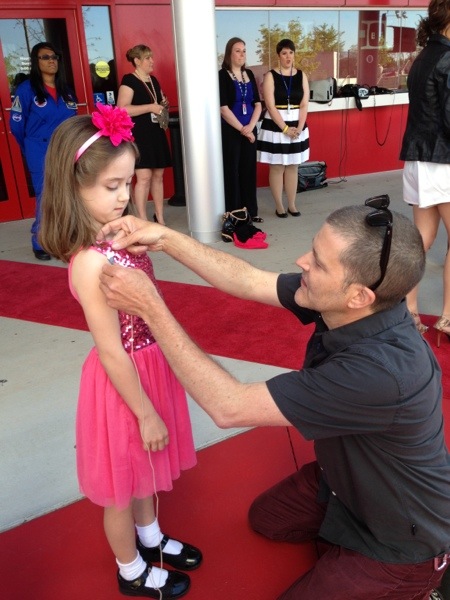 Kyle liked the space camp gear so much he wore it to the red carpet! Adorable. 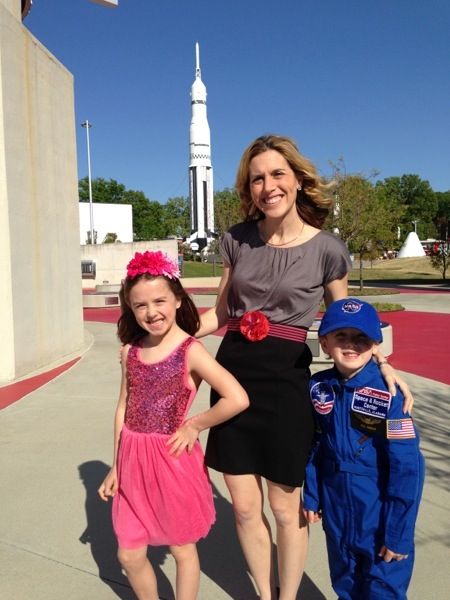 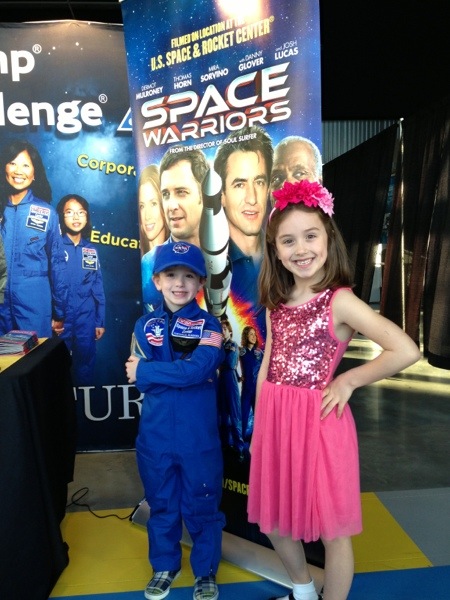 Interviewing a child cast was super cool. Everyone was so friendly, approachable and sweet. Happy to take the time with Kenzie to let her look in her little notebook for questions to ask and to give her autographs at the end of our chat. It was great that this premiere was in Alabama as the red carpet was pretty quiet. No wild paparazzi just local TV media and our crew so it was the ideal way to snag moments with the talent and be able to take time for Kenzie to hang with Mom and get this new experience beyond her normal comfort zone of doing videos in our kitchen. 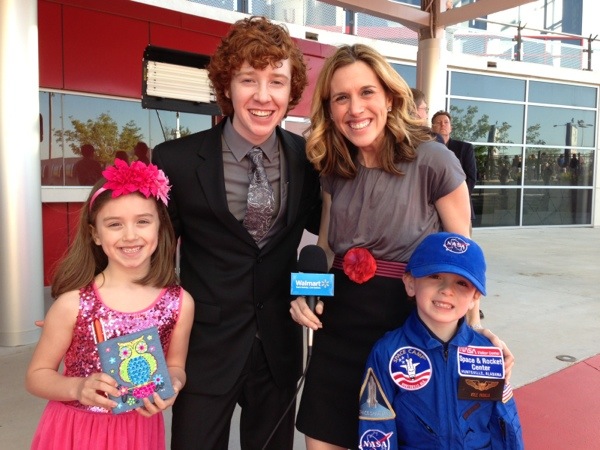 One of the highlights for the kids was meeting Grayson Russell, who stars as Rusty in Space Warriors. He plays “Fregley” in Diary of the Wimpy Kid, Kenzie’s current favorite series of books. He was a gem. Total southern gentleman, outgoing, fun, and cool. 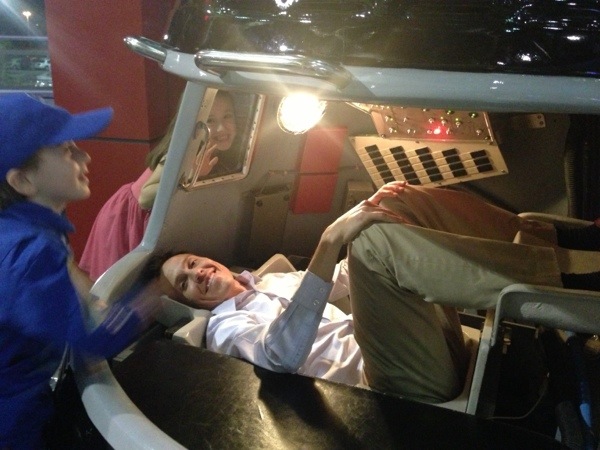 Mike toying around in the space pod at the cocktail party before the movie! 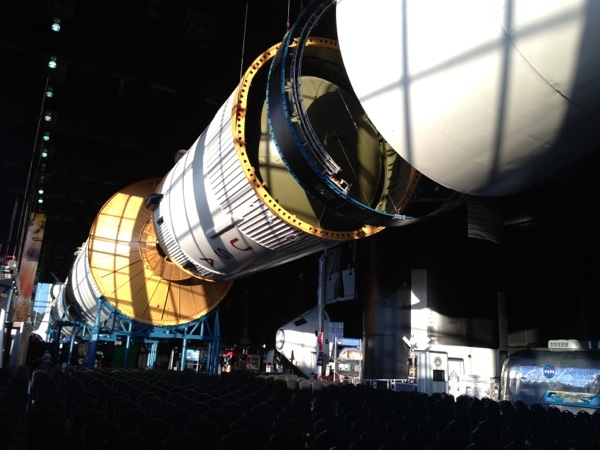 The Habitat where the campers at Space Camp actually live. Cool! 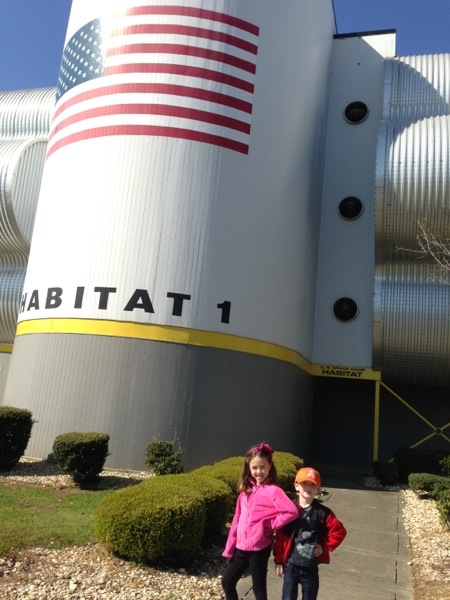 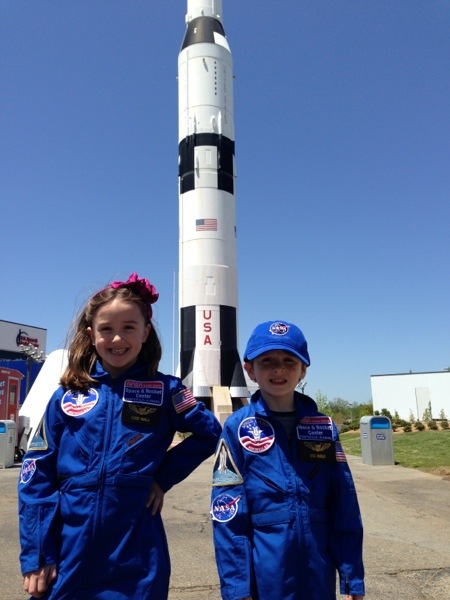 It wouldn’t be a family movie night without popcorn! 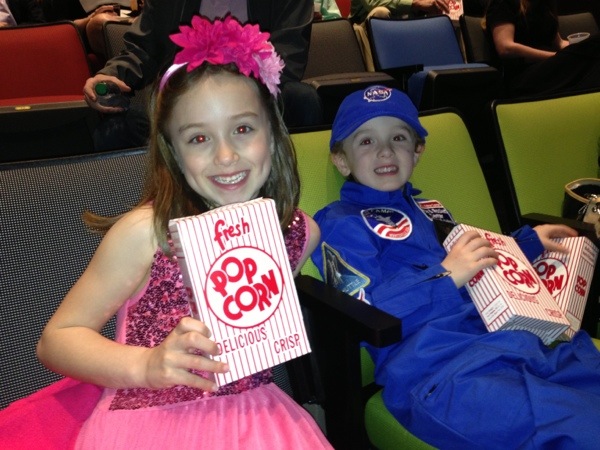 We loved Space Warriors and I recommend it for all families. It will inspire you and your children about space and to dream big. 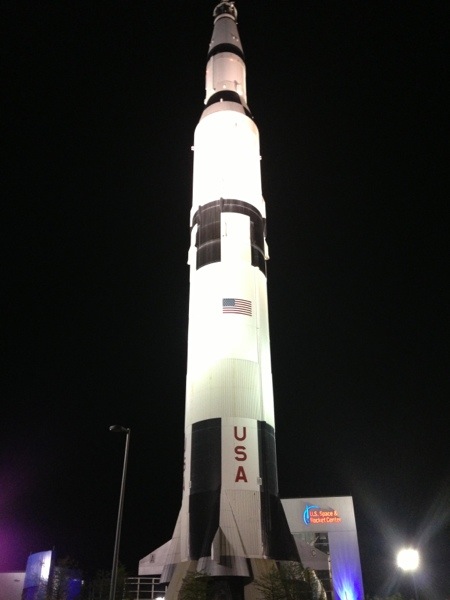 After the movie ended we walked the half mile back home to our hotel and passed by all these rockets set against the backdrop of a beautiful moon. A special day we’ll all remember forever. Giant thanks to Walmart for sending us to Space Camp as a family so we could all watch this family movie together. 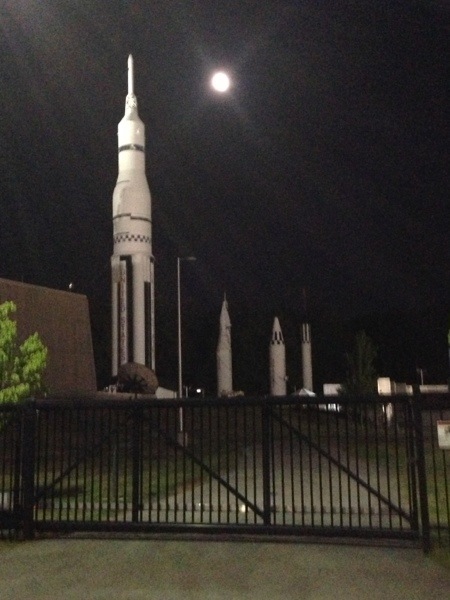