What an interview! My interview with Ellen and Ed O’Neill is definitely one of my most favorite celebrity interviews ever. The chemistry between both Ed and Ellen was fantastic and both lit up the room with their charisma and humor. Ellen is like a bright like and after walking into our room she began literally RACING around the conference table in a swimming motion like a little speeding fish. She instantly had the room in laughter. And Ed was clever, witty, and very charismatic. Absolutely LOVED chatting with them and truly they were everything and more that I’d hoped them to be. My heart was so full after meeting them both! So read on for some cute tidbits and quotes from my Finding Dory Inside Scoop Interview with Ellen and Ed O’Neill. Ellen as you all know is the voice of Dory, but Ed O’Neill plays the voice of Hank, the septopus and brand new character who everyone will totally love!

Ellen said, “It was weird because I was crying, and then I was crying because I was crying on screen and I’m crying with myself”. Even Ed felt the tears as Finding Dory pulled on his heartstrings. He said, “I know the first time I saw it, I didn’t get that choked up, but last night, when it started happening, I was — “Oh, my God, I’m gonna cry.” 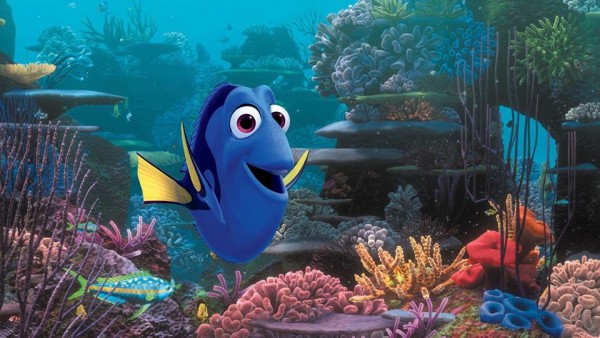 Just Keep Swimming – a Motto for Everyone!

Ellen was asked what her MOTTO is for life given Dory has those 3 special little words, Just Keep Swimming that that keep her moving in life during her difficulties. And she said that truly, the words Just Keep Swimming are her motto too!

ELLEN: “I have to say that it’s weird that that became a part of this iconic character, because I didn’t know it before this happened, but that was my motto, you know what I mean?  My life has gone through a lot of different twists and turns, and I did just keep swimming.  I didn’t realize that that was what I was doing.  But I just kept moving forward, and I just kept doing what I know how to do, which is make people happy and make people smile and make people laugh.  And so it’s just so weird that that is part of this fish’s, you know, motto. “

And I’d talked to so many people that go through whatever it is, if it’s an illness, or they are going through a difficult time, “Just keep swimming” is what they think about.  So, I guess that’s everybody’s motto to persevere.  ”

Ellen Hopes People Will Take Away this Message from Finding Dory

ELLEN:  “I think “never give up” and “be optimistic” and “there’s always another way.”  When someone says that there isn’t another way, there is.  You don’t get stuck.  And no matter what your situation is, it can get better, and everybody starts from a different places, and some people start with a lot more odds stacked against them.  But there’s a way out.  There’s a way to, you know — and use whatever you do best to help you, you know.

Even if you have a disability, use your strengths.  Whatever that is.  Mine was making people laugh.  I had a lot of stuff that was hard for me in my life, and I knew that I could make people laugh, and that was my strength.  “

On Playing an Animated Character and using your Voice

ELLEN: “Here’s the great thing, there’s no hair and makeup, and you can just show up. “

“But it’s four hours of — and especially, like, you know, as he’s saying, Dory is always left behind.  She’s always catching up.  She’s always like, you know like, PANTING! And, I’m like, I’m hyperventilating.  I have to stop this.  Or I was like, screaming, and it was a lot of that, and not — not nearly as much as I see in the film, oddly enough.  Like, “Where is all that?”  Because I did it for three years. ” 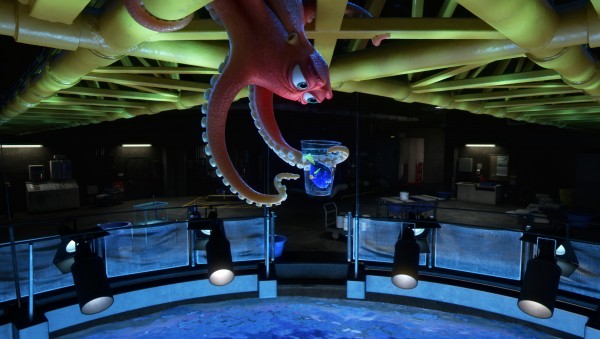 It’s like, if you’re doing a movie, and you’re eating food, you don’t want to really eat too much food, because it’s a hundred takes, maybe, you know.  If you’re eating ribs, you end up eating a hundred ribs, and it’s similar.  You have to pace yourself on these things.  Because, it’s — the voice you know, it’s almost like being a singer, you know.  You can’t burn out, ’cause you’re the only one there.

On Playing the Iconic Character Dory

Ellen says “I really love that character.  She’s so innocent and so optimistic”

Ed O’Neill as Hank and Researching the Animals You Play

As anticipated the way this interview got rolling, Ed’s answer was hilarious.

ED: “I did one thing.  I Googled “mimic octopus.”  I did.  Somebody told me to.  And I didn’t know that that animal existed.  You know it wasn’t like an octopus I knew of.  They shape shift.  Or they change colors.

ED : Somebody said they only live about three years.  They don’t have a long lifespan, but it’s probably good because they’d be ruling the world.  Amazing. 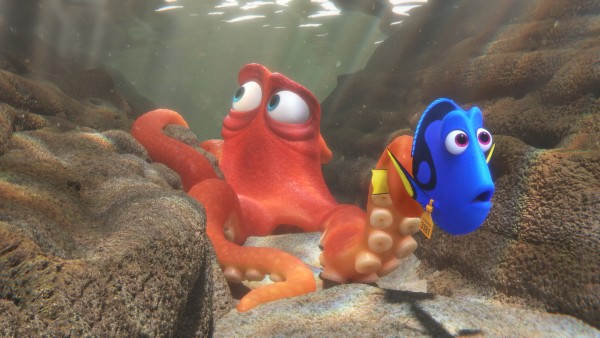 I said the two voice actors had an amazing chemistry in the interview room and they also do on screen. Ironically, they don’t actually record their voices together at the same time which is very interesting. Here’s their thoughts on working together. 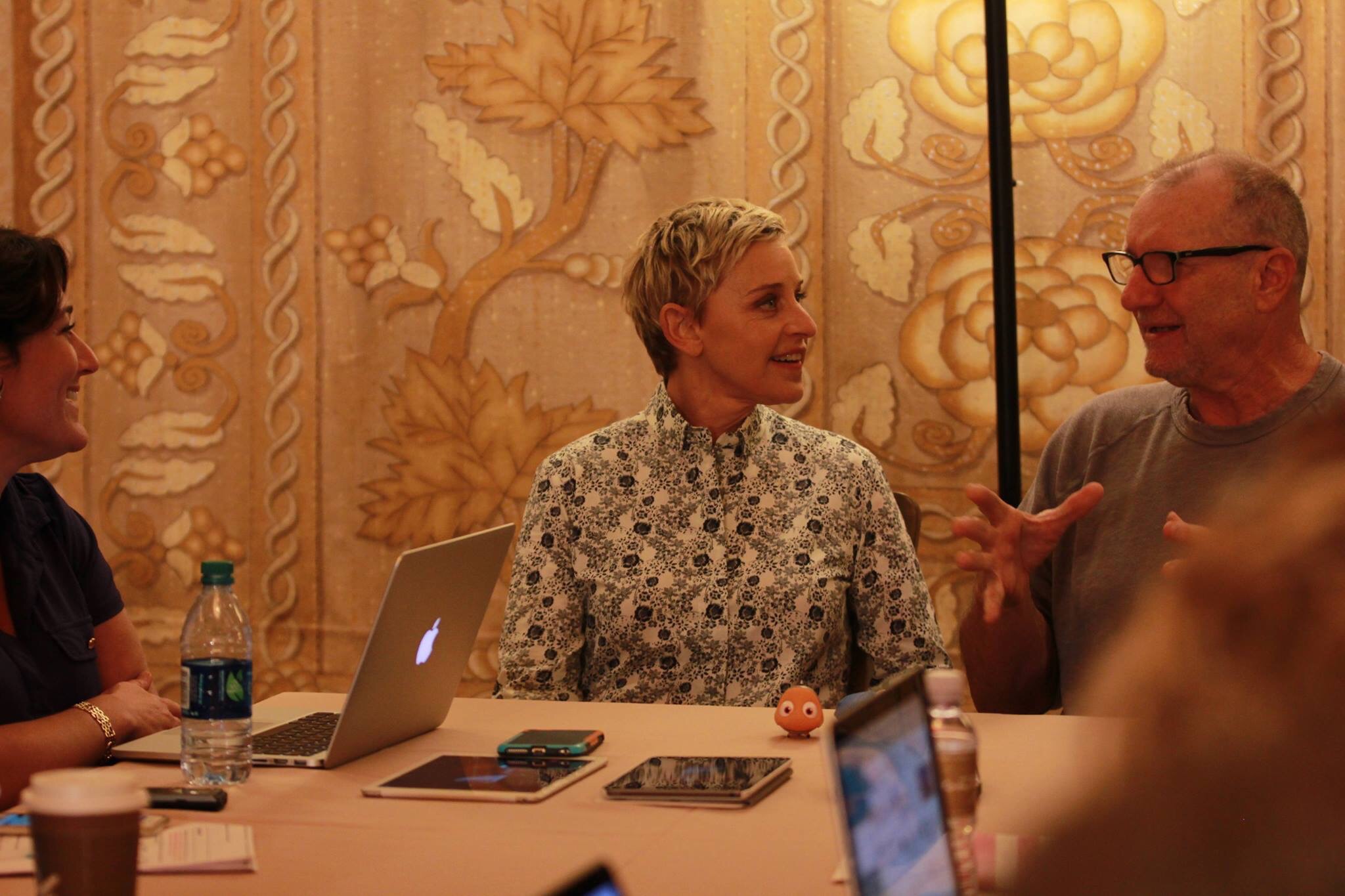 ELLEN: I know, but we had — we never worked together, ever.  I was by myself all the time, and I assume you were by yourself, and but it was so great, because I could hear his voice, and Andrew — Andrew always read it.  And they showed me a few shots — once Ed did some, I saw Ed’s character come to life, and I was like, “Oh, this is so perfect, and he’s so perfectly grumpy.”

With lots of laughter, Ed said, “I don’t know why they would cast me for that.  The funniest thing was, I had never done anything like this.”

Photos and Dancing with Ellen & Ed

At the end of the interview, we asked if we could DANCE with Ellen. Total bucket list item for all of us and she happily agreed but requested some music to make it more fun. So we popped on some tunes and began to all dance around the room with Ellen and Ed. So much fun!

And here is me up close zoomed in with Ed and Ellen. It was kind of hilarious as I was sitting on Ed’s foot as we crammed together. Like totally on top of his sneakers. I wanted to make sure he was okay, and when I kind of apologized to let him know I was sorry I was TOTALLY on his feet to check if he was okay….  without skipping a beat, Ed joked that he kind of liked it and Ellen laughed and said “It always goes there with you. 10 minutes is all we have!” He definitely made me blush and lightened the mood in our big group for sure! Too funny. 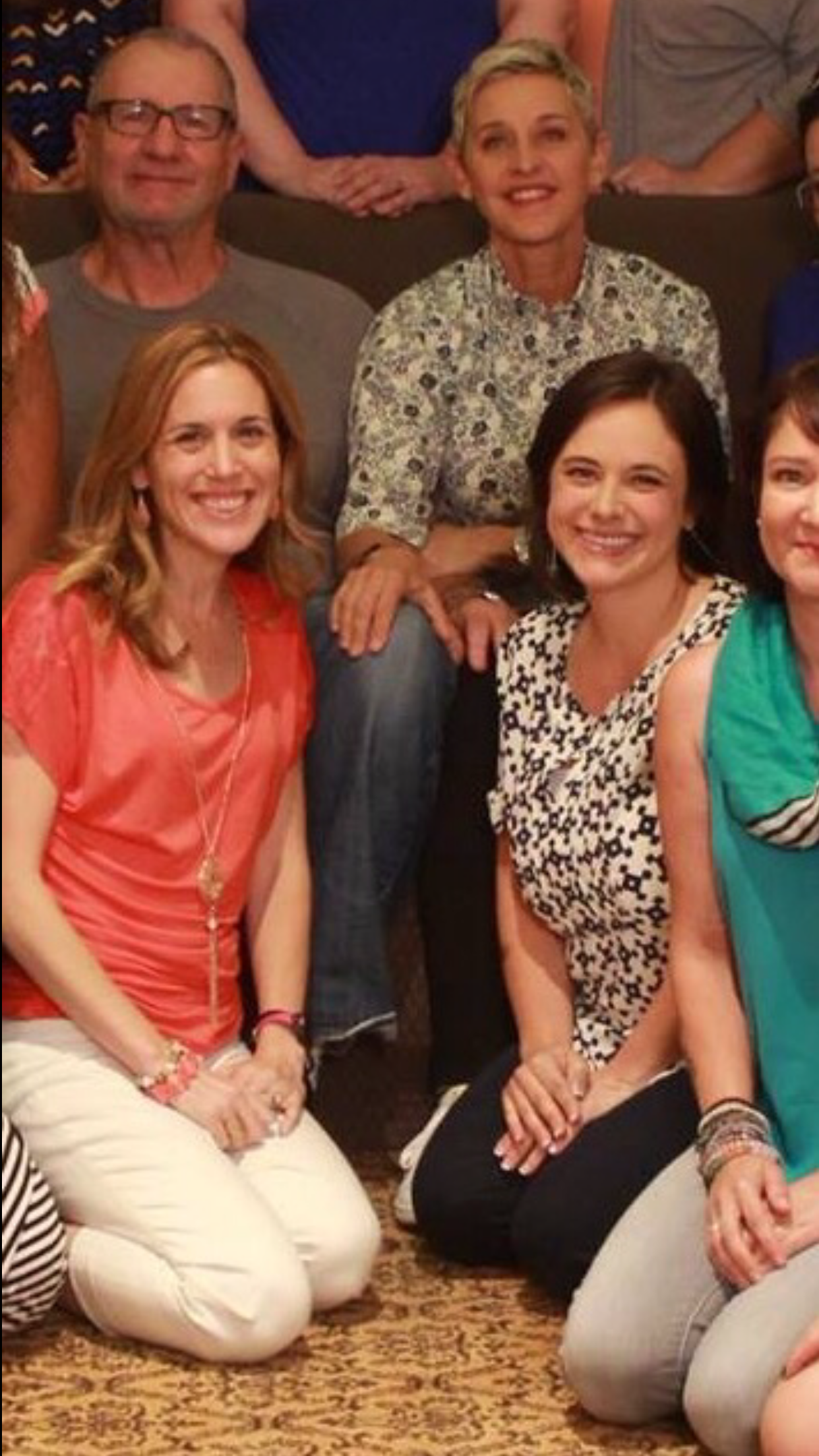 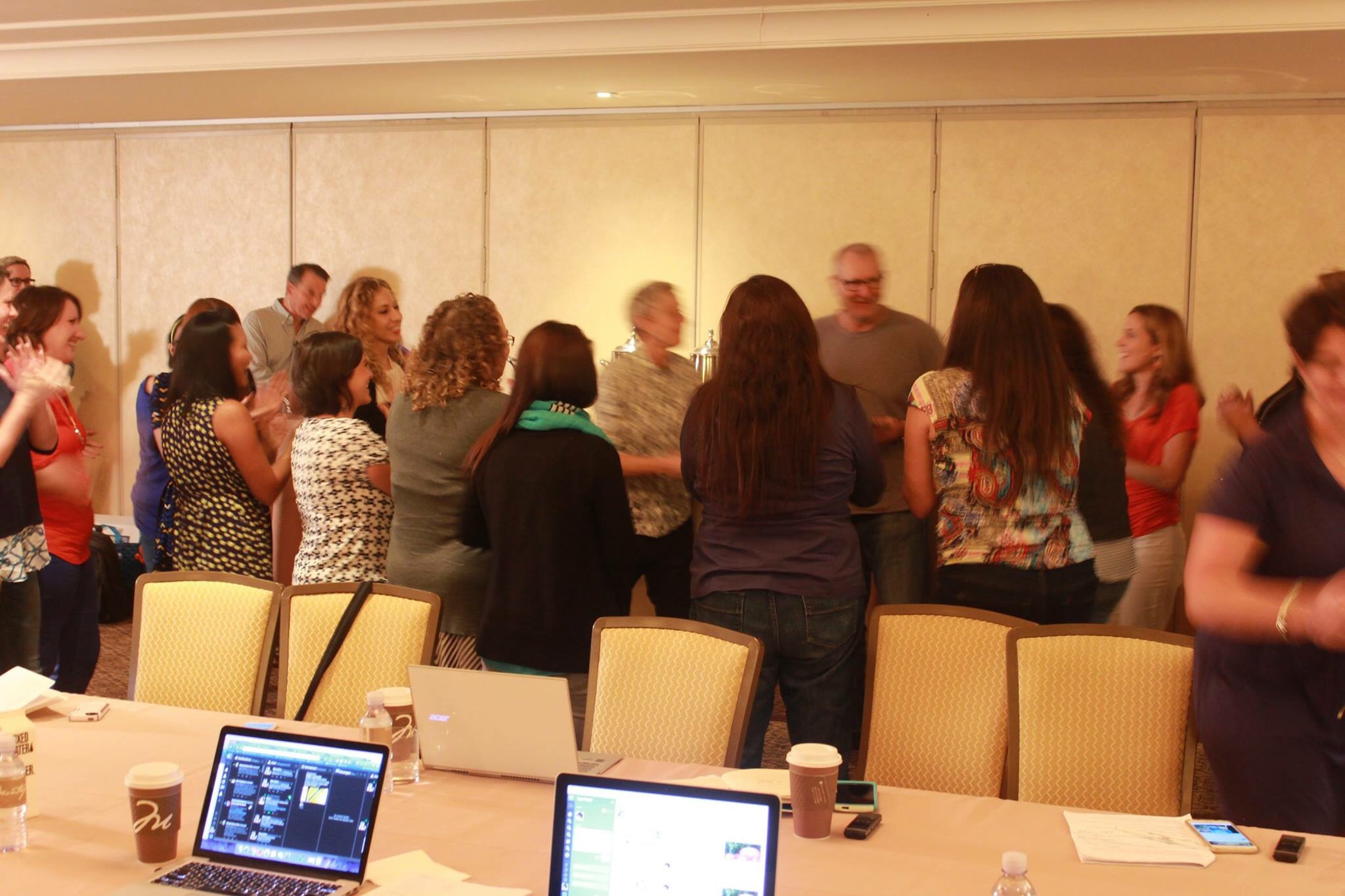 Note: Disney covered my travel expenses to LA for the Finding Dory Red Carpet event and Disney press junket. As always, all thoughts and opinions are my own.