Four Seasons Orlando offers the best luxury and now high end travelers wanting to make the most of their Disney vacations will also be able to pair the magic of Disney with a world class luxury hotel and the extra amenities offered by a resort like the Four Seasons. I can’t tell you how excited I am about this new option. I’m a Disney fanatic but I also love the exclusive treatment that a luxury hotel like the Four Seasons shares with guests. 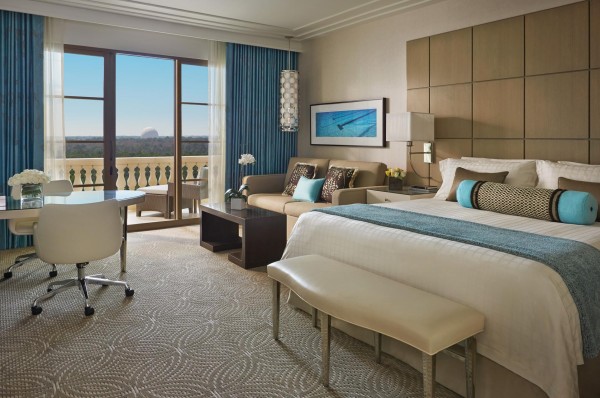 Now, I’ll be able to experience my Disney magic with a taste of luxury after a long day at the park with the kids. Four Seasons Orlando is located in the midst of the million dollar homes in Disney’s exclusive new Golden Oak Community. Don’t these rooms look gorgeous??

Many rooms will offer a Magic Kingdom park view – which also means the room comes with a view of the spectacular that nighttime WISHES firework show. I can’t tell you how much I will love watching Disney Fireworks from my very own balcony.

For a day off the hustle and bustle of the parks, families can relax and rejoice at Explorer Island. This area looks to be an incredible resort pool area complete with a lazy river and many other water activities for families to explore and enjoy. Honestly, with a water area this cool at our hotel, my kids may never want to leave the pool!

Explorer Island will include:

Also, Explorer Island will include an area called, The Mansion. Kids of All Seasons will be housed in this area and it will also be for guests as it will include games like table tennis, bocce, volleyball, basketball, an area for evening movies with a fire place, and more. 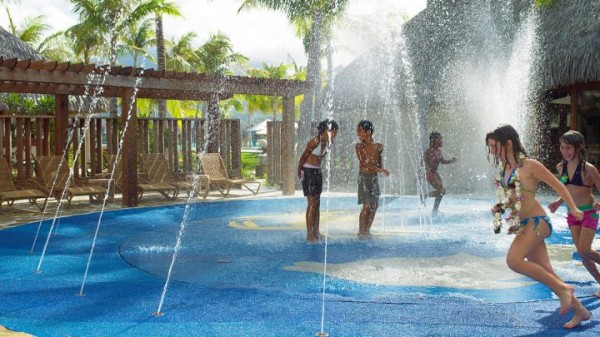 Check out this water slide too! Honestly, Four Seasons has thought of everything! 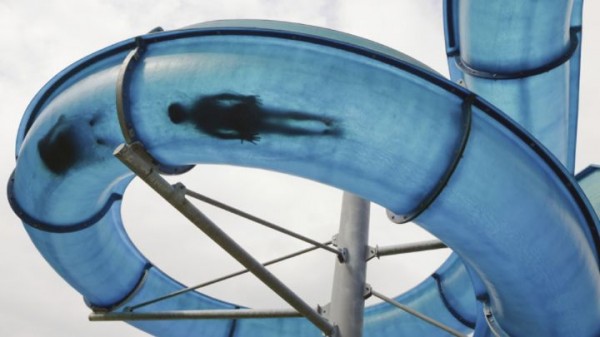 Complimentary Kids for All Seasons

Another fantastic benefit of staying at the Four Seasons Orlando includes the complimentary Kids club at the Kids for All Seasons.

Located on Explorer Island in The Mansion, FS staff will entertain and supervise children ages 5 to 12. This equates to some much needed down time for Mom and Dad after a day at the parks. I know I’d love to either hit the spa, play tennis, go golfing, or just read a book at the pool!

Note: The amenities will be great for children under 5, who will be welcome to experience them when supervised by an adult or a member of FS babysitting team.

The Four Seasons Orlando is now accepting reservations for Summer 2014 with an open date of 8/3/14.  To celebrate their opening, they’ve also got a sweet magical Disney giveaway happening right now.

I found some great deals on the website for stays in 2014. Considering stays at deluxe Disney hotel already are expensive, spending a tiny bit more to stay at the Four Seasons seems like an excellent option.

Booking with 90 day advance offered 20% off and right now there is a “Stay Longer” special to book 2 nights for a 3rd night free. Brilliant!

Four Seasons Resort Orlando at Walt Disney World Resort is giving one lucky winner a three-night stay in a Park View Room. Enter the Be Our Guest Giveaway on the property’s Facebook page at: http://shout.lt/pLf5. 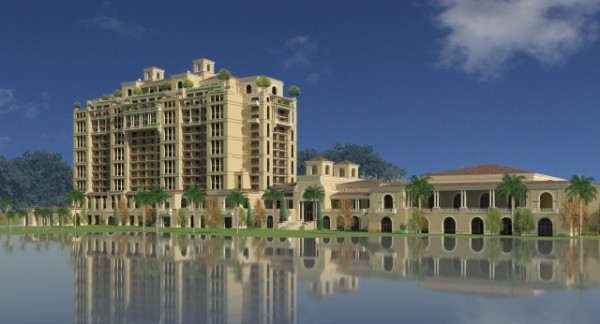