Star Wars Galaxy’s Edge opens at Disney’s Hollywood Studios on August 29th. We have some idea what to expect based on the May 31 opening at Disneyland weeks ago, so we now know how guests will receive Star Wars Land. Here is a glimpse of what Galaxy’s Edge crowds will look like and how to prepare.The highly anticipated project has come to fruition and based on the opening at Disneyland, we can predict and speculate lots about Star Wars Lands at Disney World in Orlando.  Star Wars fans have historically been the most loyal and dedicated consumers. Theatrical releases used to see people camped out on the street to see the first screening. When Star Wars fandom exploded with the rise of geek culture, Disney promptly purchased Lucasfilm. They immediately produced new films and built a new theme park area, unlike any that were designed before. 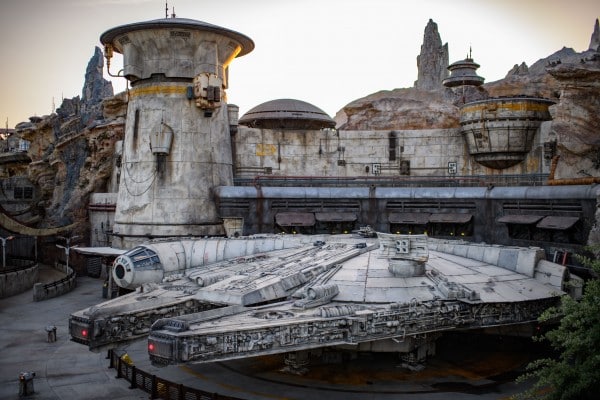 Galaxy’s Edge Crowds: What to Expect and How to Plan The reception for Star Wars Galaxy’s Edge was not like the 10 hour line to ride Hagrid’s Magical Creatures Motorbike Adventure at Islands of Adventure; or the attendance busting crowds that shut down Animal Kingdom when Pandora opened. You needed a reservation to get in, which could be done online or by booking a Disney hotel. However, the Disneyland Hotel was slow that morning. While there was a large crowd of guests for the  inaugural occasion, Disneyland on the whole showed extremely low attendance in light of the Galaxy’s Edge crowds.

Galaxy’s Edge was not busy, although certain popular attractions like Oga’s Cantina and Savi’s Workshop commanded impressive queues. By the end of the first week, even Millennium Falcon Smugglers Run was showing a wait time of only 30 minutes at noon. Despite the highly regulated attendance inside Galaxy’s Edge overall park attendance has remained low. This is due in part to the blockout dates keeping annual pass holders from experiencing the park at this time.

Currently, Galaxy’s Edge is available by reservation only. Each guest gets only a four hour window, which is strictly enforced. The last day reservations are required is June 23, and on June 24 it is estimated that Crowds will overwhelm the parks.* If this is the case, it will be a more accurate illustration of what to expect in Florida. However, it may make no difference. July should be a very busy time in the park anyway, but so far the summer season is off to a slow start. Signature Annual Passholders will finally have access to the park in July as well. 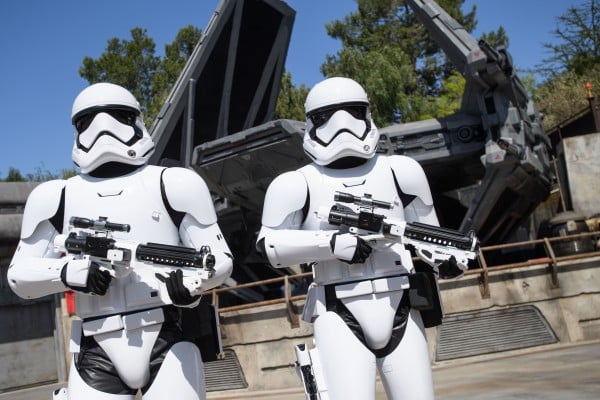 Hollywood Studios is taking a different approach to preparing for Galaxy’s Edge Crowds. There is no reservation system, however admission into the area will be regulated so that guests can experience the new land as it was meant to be. The immersive theming and interactive environment require smaller numbers so that the developing story can take effect. Based on Disneyland’s attendance, it does not seem likely that Disney will be turning away guests at the Hollywood Studios gate. There may be a spike in attendance, but once inside Galaxy’s Edge the new land should remain manageable.

Although the area will look light in attendance, Galaxy’s Edge will have high wait times for key attractions. Millennium Falcon Smugglers Run will accommodate long enough lines to pull them out of the thoroughfare Oga’s Cantina will be especially popular and not so accommodating. The limited capacity in the bar will result in 2+ hour lines. At Disneyland, they allow virtual check-in so that guests can be texted when there is an opening in line. There has also been a two drink maximum to keep customers flowing in and out. Savi and Son Salvage, a front company for the underground lightsaber building workshop, is the worst kept secret in Black Spire Outpost. Guests wait for hours to construct a $200 custom lightsaber!!! And be sure to bring your wallet, because I’ve heard the souvenirs are fabulous but as you know, it’s Disney so be prepared to pay!

Galaxy’s Edge Dining: What to Eat, Drink and Skip