It looks like an old school Mickey cartoon right? We had the chance to get the full scoop on this Disney short when we interviewed Director Lauren MacMullan, Producer Dorothy McKim, the famous Disney artist Eric Goldberg, and CG Animator Adam Green about this project. 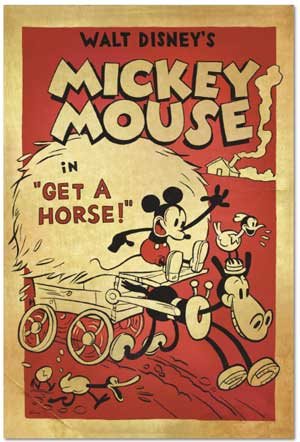 The big question everyone was asking revolved around if this was a brand NEW animation or just old footage recreated into a new short somehow.

Turns out EVERYTHING is new!

It took them about 18 months to create and the most SHOCKING part for me was that every bit of this animation project is entirely new. Watching how realistic the short is on film, I honestly thought I was watching a new mix of archived footage of old school Mickey Mouse from the 20’s.

To get a feel for one I mean, take a peek at this video spot from Disney.

Get A Horse! Clip on Disney Video

Spoiler Alert for Disney’s GET A HORSE short:

If you haven’t seen the Disney’s Get a Horse short during your trip to see FROZEN in the theaters, than skip the below info if you don’t want a spoiler and want to be TOTALLY shocked midway through the short.

Here’s the spoiler for Disney’s Get a Horse: 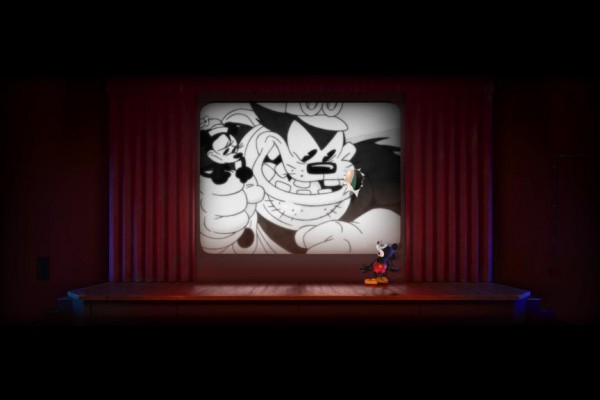 Everything for the short “Get a Horse” is brand new & this was the first ever solo directed by a woman. Chatting with the animators was fascinating as we heard that they needed to even purposely make mistakes in their animation to make it more realistic and look like it was from the 1920’s since nowadays technology does a lot to correct all those human errors!