Last week I had the most amazing opportunity to partner with Tide Loads of Hope and participate in their “Driving for Hope” tour stop in Philly to help collect clothing. The clothes collected that day were washed and renewed and given to local Philadelphia shelter, Bethesda Project, to help those in need in our community. For me personally, this was a perfect opportunity for me to include my children in a project to help give back to our community. The kids and I collected tons of clothes from home to donate and then spent a few hours with the Tide team and Eagles player, Zach Ertz, collecting clothing donations in Philly. The best part? Tide Loads of Hope was able to collect, renew and donate over 2,000 pieces of clothing to those in need through the Bethesda Project! 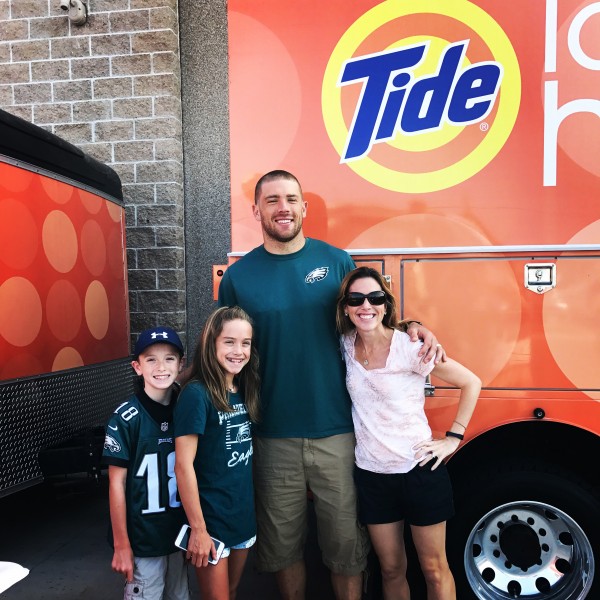 I love involving my children in projects that make an impact to help those less fortunate. My kids were able to learn all about how Tide proactively gives back to communities in need across the country through these clothing drives, and also how they respond to natural disasters, like Hurricane Harvey, to provide relief during times of crisis by offering the hope of clean clothing — the truck is actually making its way to Texas right now to help victims affected by the current crisis in Texas. 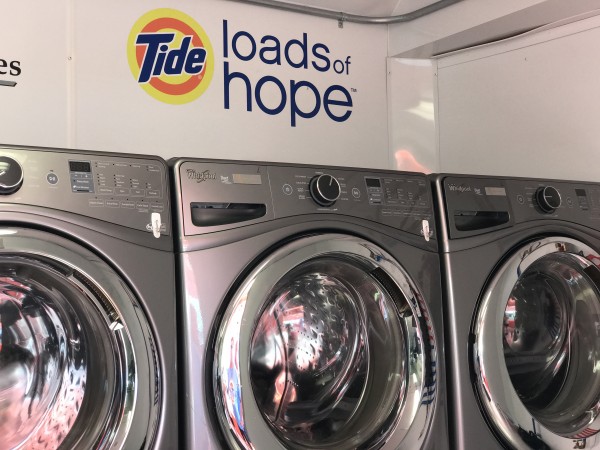 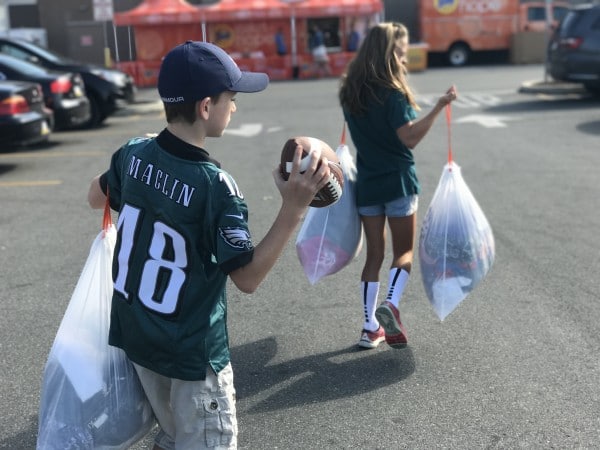 Of course hanging out with Zach Ertz was very cool. We had a chance to interview him while we were collecting clothing donations. He was fabulous with my kids – and all of his young and adult fans that stopped by to donate items. We thought he was super genuine and I loved all his advice for youth athletes. He was a big believer in being a multi-sport athlete for kids. He was a swimmer until he was 12 and mostly played basketball as a kid and even through high school. He didn’t start playing football until he was in high school and his Mom made him play! 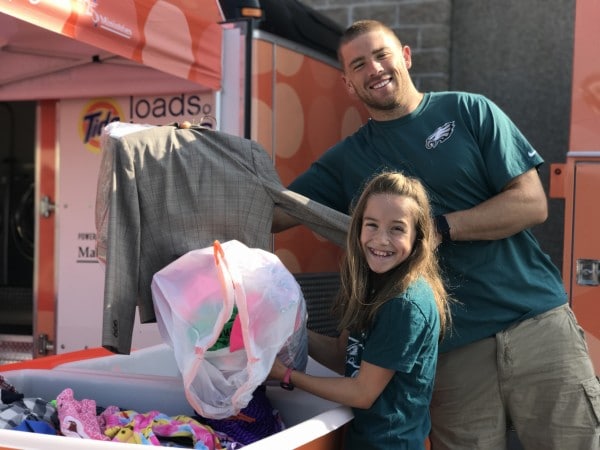 Zach was all about being a great student and putting school first too. He was a student at Stanford and emphasized how if he hadn’t had the grades he never would have had the opportunity to play football at Stanford. It is great to see him giving back to his Eagles home base of Philadelphia by joining forces with a project like Tide Loads of Hopes to help our homeless and needy population.

How to Join Tide Loads of Hope to Make a Difference

Looking for ways to help??  The Tide Loads of Hope truck is making its way to Texas right now for hurricane relief, but the “Driving for Hope Tour” will be making its way across the country later this fall. You can also help by visiting tideloadsofhope.com to donate directly, or purchase a t-shirt where $4 from each sale will go towards helping families affected by disaster.

Buy a Tide T-Shirt to Donate to Loads of Hope