My how life changed with the arrival of my daughter six weeks early. We were introduced to the NICU, Preemie sized clothes, body temperature monitoring, the difference between preterm and full term breast milk, special formula and the list goes on. One thing we were not at all prepared for was the discovery of our daughters soft cleft palate which introduced a set of new issues with feeding.  For two days the NICU staff couldn’t find the right nipple for our daughter’s feedings. We tried three different nipples and different ways of feeding her, squeezing the nipple, holding her a certain way but nothing seemed to make sense until one of the nurses saw inside our daughters mouth and noticed she had soft cleft palate. When the discovery was made everything fell into place. Who knew there was a special nipple, the Haberman, for children with this problem. The Haberman is a specially designed nipple for kids with impaired sucking ability due to a cleft palate.  Not only do we use the Haberman Nipple bottle to feed but  my aunt created a pacifier for our daughter, people are always commenting on how cool it is. The homemade pacifier is a lifesaver. 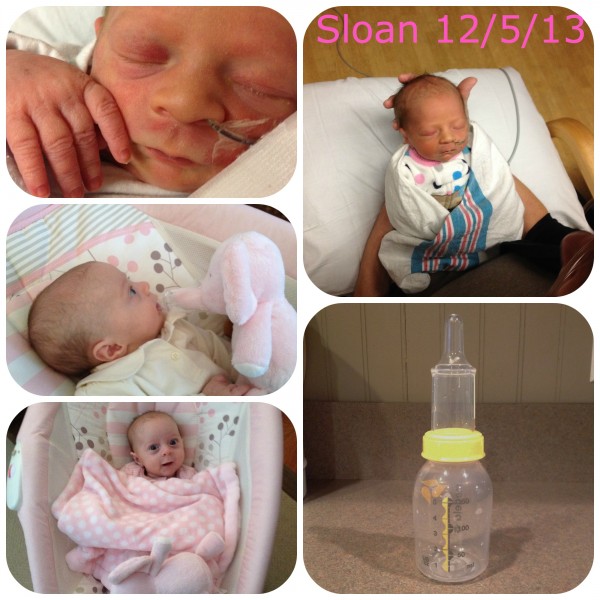 As we move along here our daughter she had to see specialists to rule out any syndromes which could be the reason for the cleft but as of now it just seems to be a fluke that she was born with it even though she was early the soft cleft developed early on in the pregnancy.

As time goes on we’ve encountered other obstacles such as tracheamalacia and reflux but we are very fortunate. I’ve met woman in the past few months who’ve dealt with similar and worse situations and it’s been a great to connect with moms who have their own story. Ive been through a lot and some days I get mad at myself because I don’t know why some of these things happened but I remember it could have been worse and we are very lucky.