Meet Steve Macleod. He’s a storyboard artist for DreamWorks Animation, and I’ve decided he has one of the coolest jobs around. A group of us bloggers gathered in the “pitch” room to see Steve do what he does best. As he pitched us one of my favorite scenes from the upcoming animated The Croods film, I was on the edge of my seat listening to him turn these sketches into a thrilling tale. His job is to take a movie script and turn the director’s notes into a visual story. 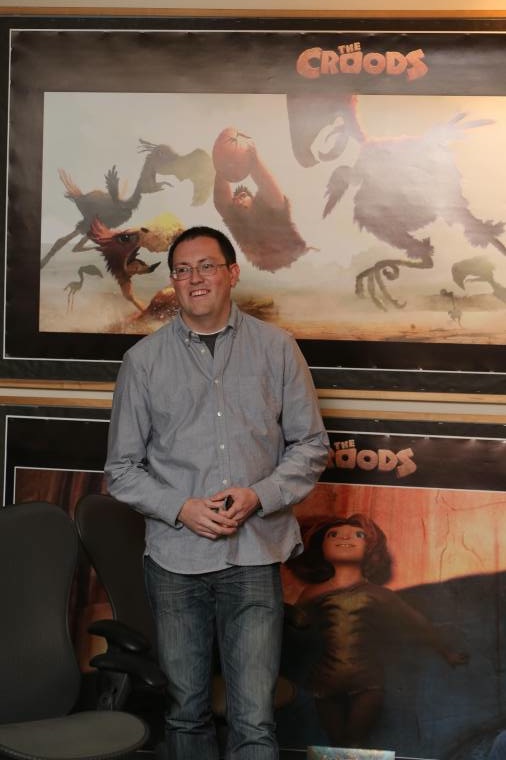 I think Steve put it best when he described what it’s like to pitch a storyboard scene as “I try to tell people, it’s kind of like a stand up comedian, kind of works on the execution, the  delivery of his joke before he presents it, just so it’s timed out just right.” 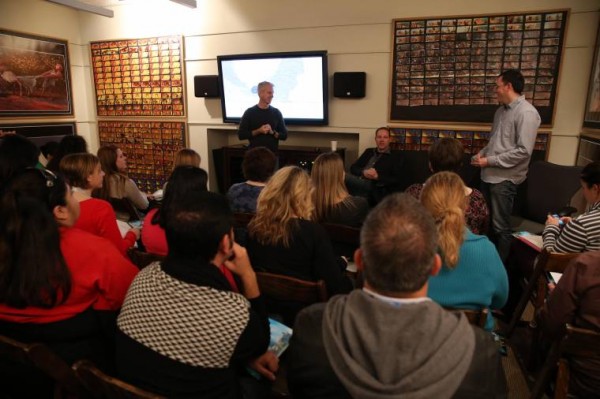 What I found most unique about The Croods is that director Chris Sanders has been posting storyboard sketches to his blog to give readers some inside perspective on the creation of the film. As social media is becoming the norm for all industries, it’s interesting to see how the movie industry is evolving to allow us to see such behind-the-scenes drawings even before the release of the film.

After seeing this below sketch on his blog, Chris pointed out that he added an extra arm to this drawing to make the characters more tangled in each other. You would’ve never noticed, right?! But I sure enjoyed keeping an eye out for it in the movie and pointing it out to all my friends. 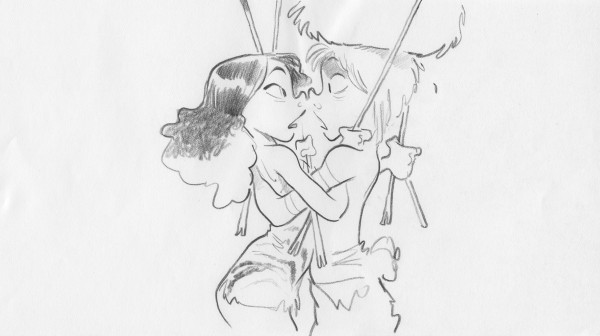 This is another Chris Sanders drawing of two main characters Eep and Guy. He comments on his blog “I cannot seem to pass up the chance to draw belly buttons on characters, whether they are people or animals.  It’s usually the  last thing I do before moving on to the next panel.” That quote just makes me laugh. I love to know those fun details.

After seeing a few story board sketches, it’s amazing to see the finished product. Check out The Croods in theaters on March 22! Oh, and make sure to stay for the credits. You’ll see some actual storyboard sketches, so don’t leave early! 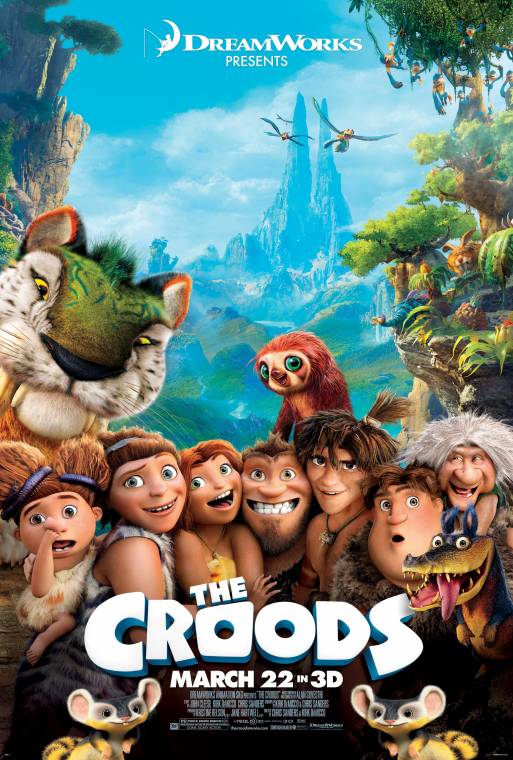 Check out the trailer here:

Disclosure: Travel and expenses were provided by Twentieth Century Fox and DreamWorks Animation. As always, all thoughts and opinions are my own.

As always, all thoughts and opinions are my own.

56 thoughts on “The Croods movie: What you never knew about storyboard sketches”