Are you a Toy Story Fan? With Toy Story Land open and the latest Toy Story movie releasing this past summer, Toy Story is still HOT and popular for a Halloween Costume or Disney Bounding.  We are all over EVERYTHING Toy Story and of course Pixar. The little green aliens are a favorite in our family so Kenzie was inspired to make a Toy Story Alien Costume! Check out our photos and videos for some inspiration on How to Make a DIY Toy Story Alien Costume. Super easy! 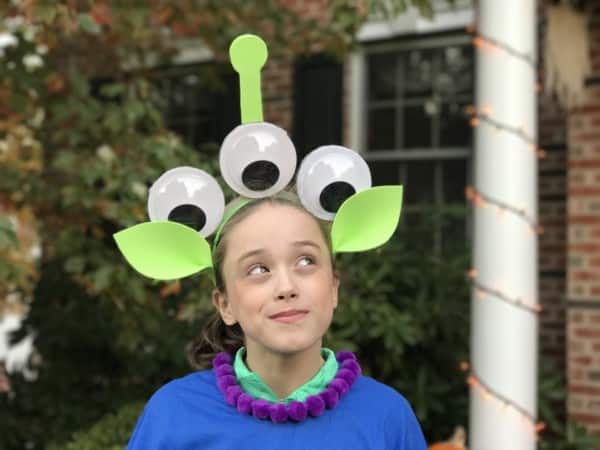 You can check out all the details on Toy Story Land including photos and details on the new rides here too! You’ll need to buy a few supplies but as you can tell the GIANT GOOGLY EYES make the costume – grab a set of 6 eyes – (6 inches each) here

This actually turned out a lot easier than I thought it would! And if you’re a real Toy Story fan like us you’ll recognize Kenzie is totally an Alien from Pizza Planet’s claw machine. We bought all our supplies at Michael’s for one stop shopping. 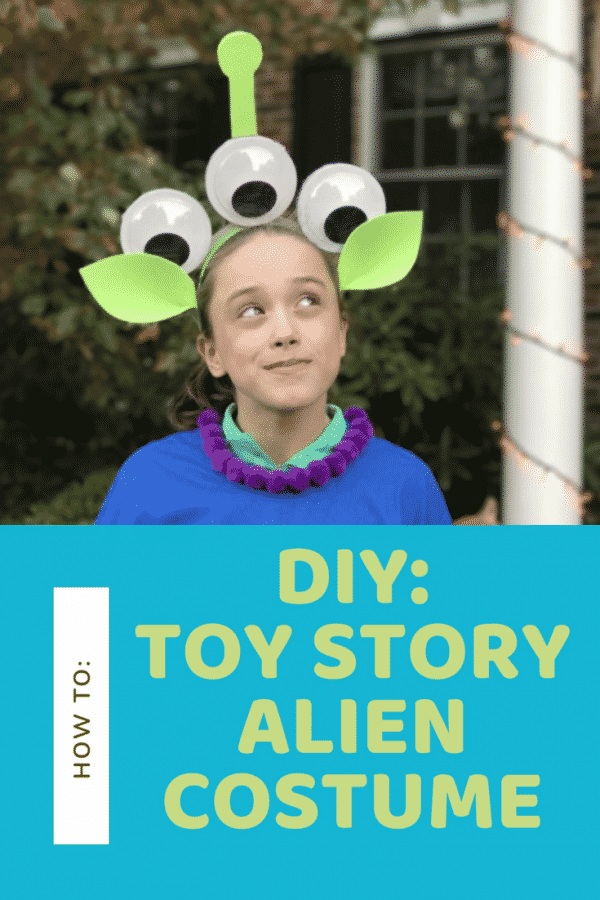 Purple Ribbon to cinch the waist on your dress

Simply, scissors for cutting and then a Glue Gun to put it all together!

You can tell we used a giant Blue Tee shirt to create a “dress” of sorts with a purple ribbon stash. It worked! We wanted green leggings but had to settle for super tall green socks as green leggings were ultimately impossible for us to find! 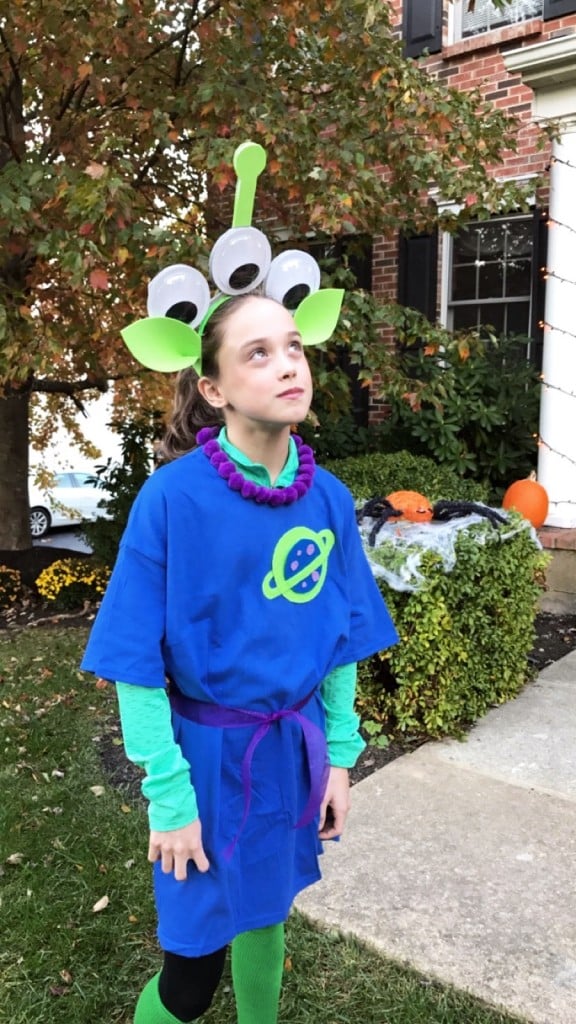 Don’t forget that Pizza Planet Logo on your apparel! We just used felt and glue to create our mini logo – it’s not perfect but it works! And for the collar we just glued on a lots of purple pom poms! 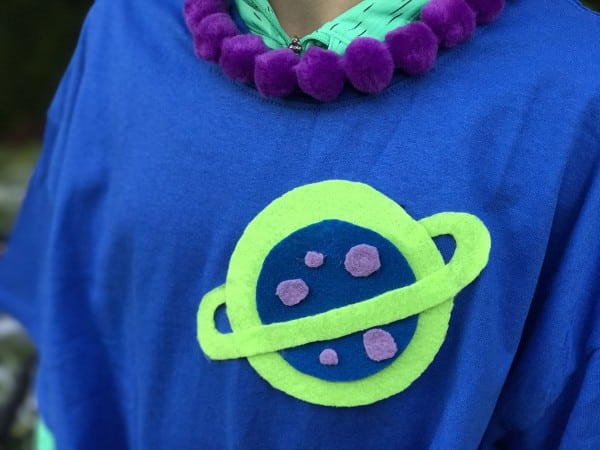 If making your own Pizza Planet dress seems to complicated, you can always grab a costume and then just add your own DIY headband to the costume. Here’s a few goodies that would work for store bought apparel like this Pizza Planet dress or green gloves.