Yay! Marvel Studios’ Black Panther arrives on Blu-ray, DVD, 4K and On-Demand TODAY, May 15th! Last month, while in Los Angeles for the Avengers: Infinity War movie premiere, our group toured Marvel Studios and had a sit down interview with Black Panther’s Executive Producer, Nate Moore.  We chatted all about Black Panther, the amazing bonus features created especially for the BluRay, and even had a chance to ask him to share some inside scoop about the MCU.  Black Panther is AMAZING and one of my most favorite Marvel films – if you haven’t seen this yet, run out to the store ASAP as I promise this will be a classic that everyone in your family will love! 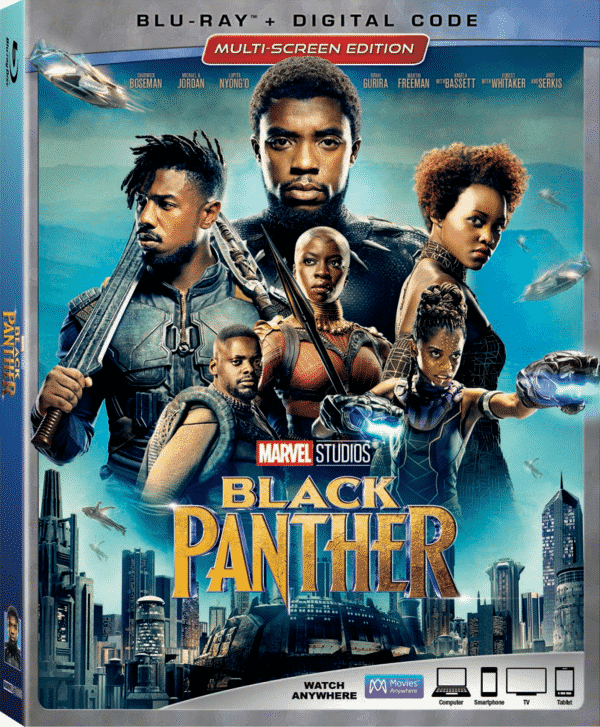 I always find sitting down with these creative geniuses to be pretty incredible. Plus, they know all the secrets and futures of our favorite characters long before the rest of us so that’s just plain cool!

Nate was super easy easy going, relaxed and pumped to share his journey on Black Panther with our group. Before we chatted, we even watched a handful of the fabulous Bonus Features on the new DVD. These were fascinating and gorgeous – just like Wakanda itself.

We watched the Crowning of a New King (exploring the world of “Black Panther” in all its color and complexity), The Hidden Kingdom Revealed (about Wakanda’s diverse people), and The Warriors Within (about the powerful women of  Wakanda and the actresses who play their roles). On What Scenes or Segments to Include as a Bonus Feature

Nate explained that they usually include all the typical things in a bonus feature that people expect – think gag reals, deleted scenes and so on. They’ll do a big brainstorming session too where people on the team pitch out ideas on what they think they’d love to see on the DVD. But this movie had so many more interesting things to include given the world of Wakanda and the cultural influences of it’s design that the bonus features ended up being pretty in depth with so many stories to tell!

“At the end of the day, once we kind of get a sense of what people are responding to sort of out in the world, we can craft our features based on that,” Nate said. “This movie just happened to have a lot of really in-depth stuff because the building of Wakanda was so complicated. Unlike other films like Captain America, which I loved and worked on, but that world is a bit more familiar to audiences. So, there’s less to tell. We had a lot of stories to tell from this one.” 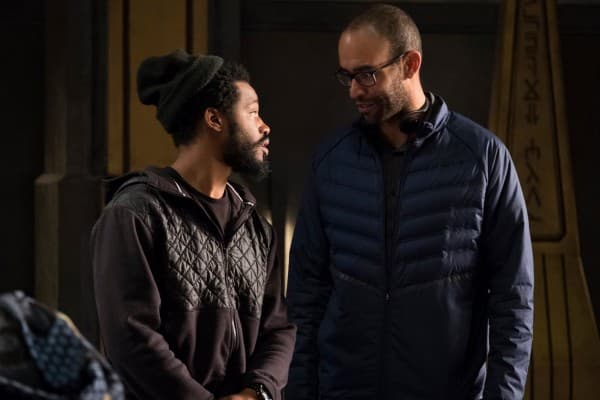 On Creating a Feature with the Comic Book Writers

Love this concept and the fact that below Nate says they’ll try it again! Great way to give even more info and story telling thoughts to fans of the MCU and Marvel Comics.

“We did an interesting thing which we’ve never done before and we might try again where we did a roundtable with some of the actual writers of the comic.  So, to hear from the people who create the character, Don McGregor who did a run in Jungle Action, Christopher Priest who did sort of a seminal run in the ‘90s and then Ta-Nehisi Coates is doing the run now with Ryan and Joe Robert Cole who cowrote the movie.  To sort of hear what they thought worked and didn’t and things that they found challenging about the character when they were writing, it was sort of interesting to see how through different eras the character was handled and different challenges they faced because of audience expectation and market expectation.”

“That was pretty cool and I think we want to try that again! “

On Where Black Panther was Filmed

With the crazy stunning scenery, I was so curious where and how they filmed Black Panther. Nate gave me the rundown!

“We filmed it, honestly almost all in Atlanta, Georgia. So, the waterfall for instance, we built that set and then we went and shot plates.  So, we shot plates in South America and in South Africa.”

“The visual effects crew goes and collects all the footage and they were able to sort of populate it as needed.  So, for instance, when they find Wakanda, all of those plates are Africa.”

“We sort of scouted pretty thoroughly in South Africa and other parts of Africa for locations like that because we did want it to be something that was real photography even if we couldn’t take the whole crew there.  The only other stuff that’s not shot in Atlanta was the car chase, which was shot in South Korea.   So, we had a whole second unit out there for a couple of weeks.  They locked down all the streets.  It was actually pretty complicated.  And then the casino was built on a stage.  So, hopefully, it feels seamless but it was mostly all shot in Atlanta” 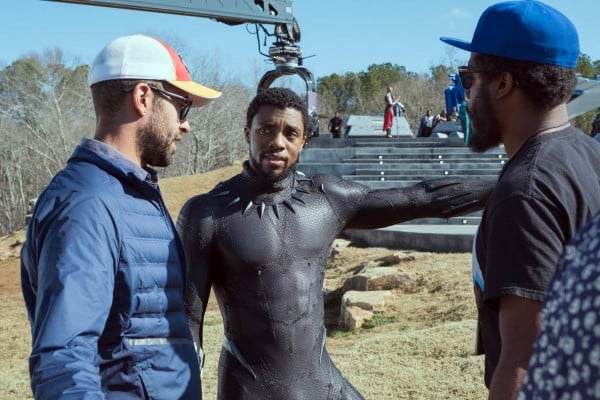 On Shuri’s Future in the Black Panther and Marvel Universe

Someone asked if Shuri might ultimately become Black Panther like she does in the comic books….. That was a spoiler to me since I didn’t know that tidbit!

Nate’s response was that, “It’s definitely a fun possibility.  We love that run in the books and she’s such a great character and really popped out of this movie.  I think the sky’s the limit.  It’s just sort of what is the right time for that story?”

Arriving TODAY May 15th! Check out all the crazy extra bonus features included in this Blu-Ray/DVD. Marvel fans are going to love all these extras! 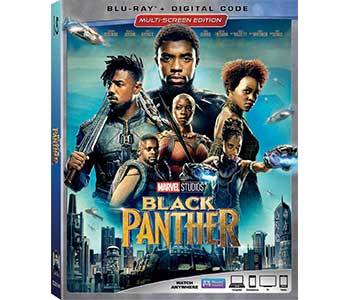 The global cultural phenomenon of “Black Panther” has dominated the box office charts emerging as the third biggest movie of all time domestically with over $665 million – the first film in eight years to spend five weeks at No. 1 – and rising to the global top 10 of all time with over $1.3 billion. In the acclaimed film, T’Challa returns home to the hidden high-tech African nation of Wakanda to succeed to the throne and take his rightful place as king, following the death of his father. But when a man named Killmonger (Michael B. Jordan) appears, T’Challa’s mettle as king—and Black Panther—is tested when he’s drawn into a formidable conflict that puts the fate of Wakanda and the entire world at risk. Pitted against his own family, the king must rally his allies and release the full power of Black Panther to defeat his foes and embrace his future as an Avenger.

Bonus Materials Created for the Blu-Ray 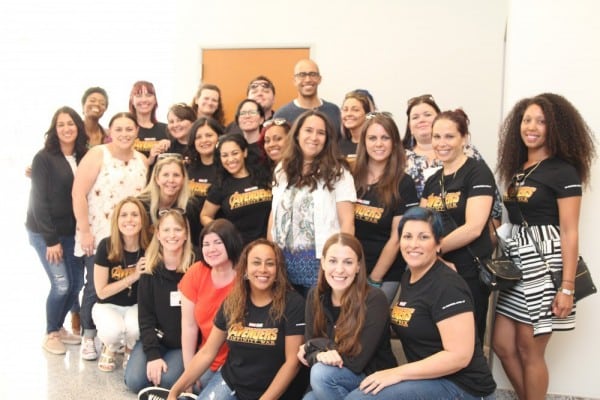 Note: Thanks to Disney and Marvel for paying my travel expenses to attend the Avengers Infinity War movie premiere. We also received many of the above products as samples to facilitate our featured reviews. As always, all my thoughts and opinions are my own.