Talk about a charming actor. James Marsden is the real deal. His new movie, The Best of Me, from Relativity Media and based on the novel by Nicholas Sparks releases in theaters everywhere on October 17th. Take a peek at my Q&A with the Handsome James Marsden #TheBestOfMe

I’ve always thought he was adorable on screen and so often he plays “the other guy” in his films. Meeting him on set of The Best of Me was fantastic.  Photos and seeing him on screen – does not do him justice. Seriously!  The other ladies and I were feeling weak in the knees from his natural charm, wit, and good looks after our casual interviews with him on the lawn of the Collier house while he took a break between scenes to chat with us.

He just honestly seems like the good looking guy next door who is everyones friend as his charm – and good looks – are universal. 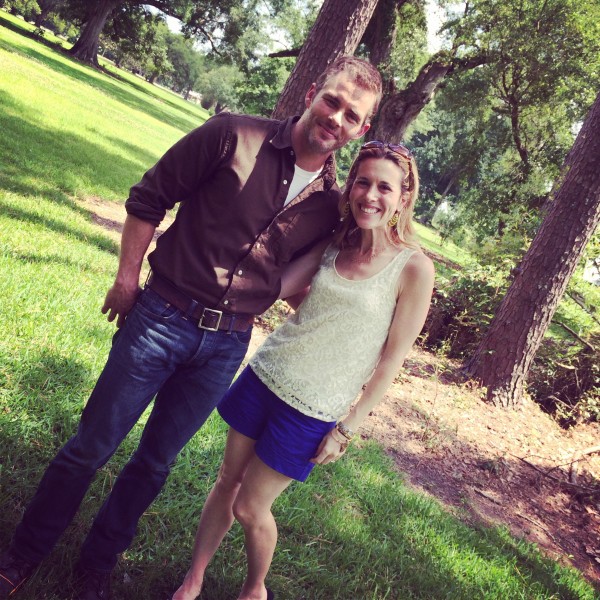 And I can happily report that James is certainly a ladies man. When I asked the question about what his favorite scene was he didn’t waste a split second coming up with his answer……………He knew just what to say to us girls! Ha!

Question: Do you have a favorite scene you’ve filmed so far?

Mr. James Marsden:  Michelle [Monaghan] and I had about an 11 minute love scene take, which was very nice. And they wouldn’t cut.  They said, “All right, this is going to get into R territory from PG-13 pretty quick if you don’t cut.”

She is such a joy to work with.  I don’t know if you’ve been able to witness us kind of hanging out and messing around.

I’m from the Midwest and she is too and it’s just good to work with somebody that you actually really do have intimate chemistry with.  And she’s a sweetheart.  She’s a sport because I mess with her all the time.

So, that was a great scene.  We had some fun driving the old Corvette, you know?  Teaching her how to drive a stick.

See, we were eating some crawfish, which is not really my favorite thing until we got it because, when you’re eating in a scene, you eat that all day because it’s take after take after take over here. 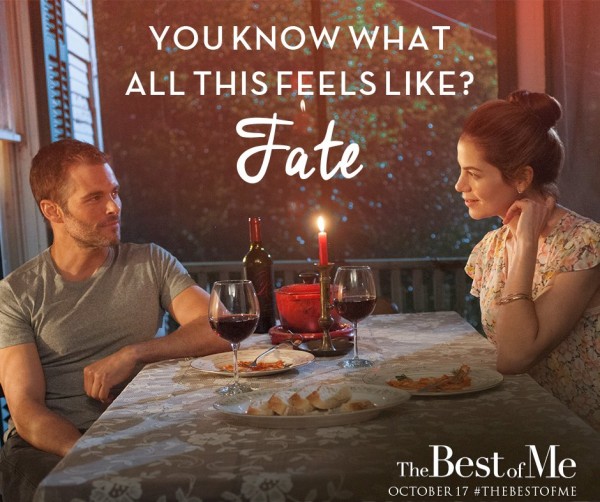 Question: Tell us more about the role and why you decided to take it.

Mr. James Marsden:  It’s like one of those things you read the script and I liked the character very much.  I liked how simple he was.  I liked how he’s not a man really. He’s a man of his word, but he’s not a talky kind of guy.

His actions speak for themselves.  He’s a man of actions, like how he behaves.  How he treats somebody else is what defines his character, and I liked that about him.  We miss that a little bit about men sometimes these days.  And the chivalry, of course, is there.

I just liked the story, I liked the character.  He’s a very kind-hearted man. 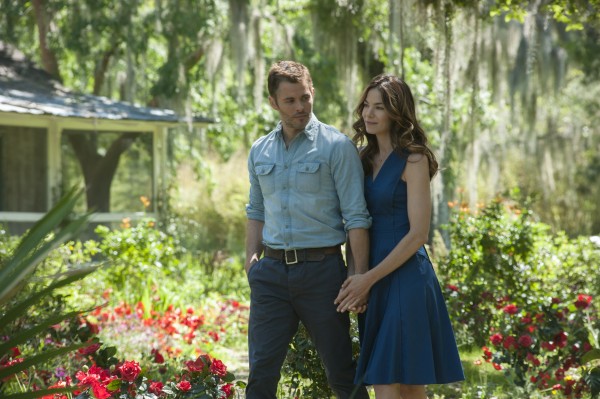 The Best of Me Movie Trailer

Take a peek at the trailer for The Best of Me. After reading this love story (and yes tear jerker!) from Nicholas Sparks and chatting with the cast on set, I can’t wait to see The Best of Me in theaters next week.

Based on the bestselling novel by acclaimed author Nicholas Sparks, The Best of Me tells the story of Dawson and Amanda, two former high school sweethearts who find themselves reunited after 20 years apart, when they return to their small town for the funeral of a beloved friend. Their bittersweet reunion reignites the love they’ve never forgotten, but soon they discover the forces that drove them apart twenty years ago live on, posing even more serious threats today. Spanning decades, this epic love story captures the enduring power of our first true love, and the wrenching choices we face when confronted with elusive second chances. 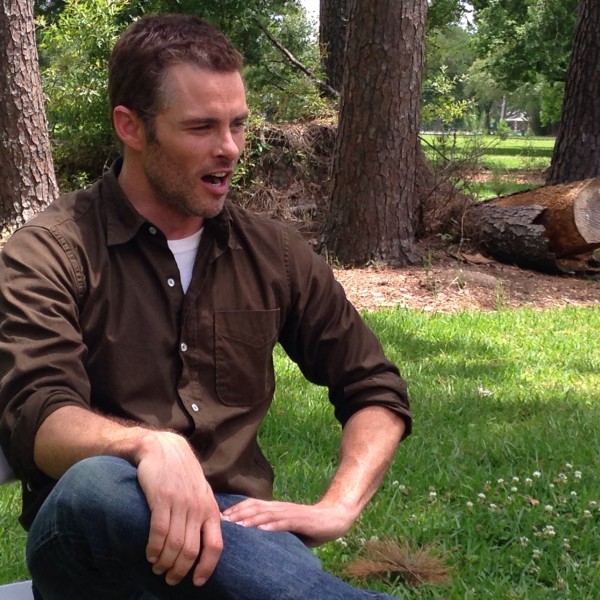 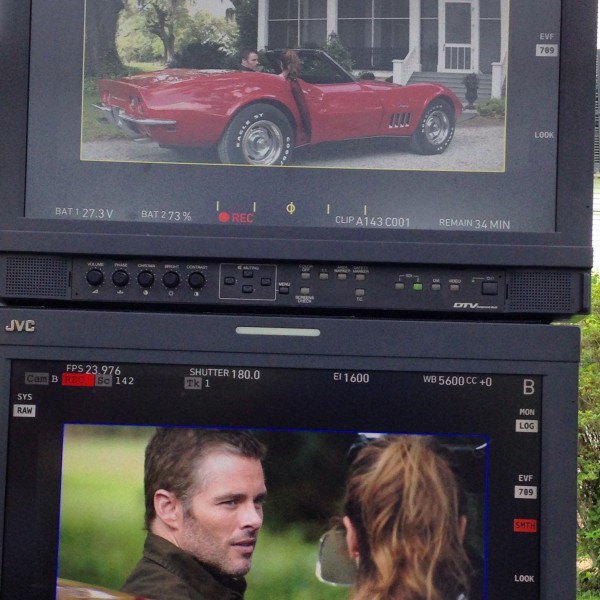 Note: Thanks to Relativity Media for paying my travel expenses so I could attend this filming of The Best of Me. As always, all thoughts and opinions are my own.

1 thought on “Inside Scoop: Q&A with the Handsome James Marsden #TheBestOfMe”