Skip to content
New must watch TV show this fall! We’re loving the brand new show, “Timeless” airing on Mondays at 10/9c on NBC. This action and adventure series is a fun science fiction style adventure where the main stars travel back in time in their efforts to catch a fugitive hoping to destroy America. We had the chance to chat on the phone with the Abigail Spencer who stars as Lucy, the show’s heroine to hear her thoughts on Timeless and her role. Loved chatting with her and can’t wait to follow along on her adventures on screen this season.
Timeless is one of my new favorite shows this Season and I was so excited to learn more about the show.

Check out Timeless on Mondays 10/9c on NBC 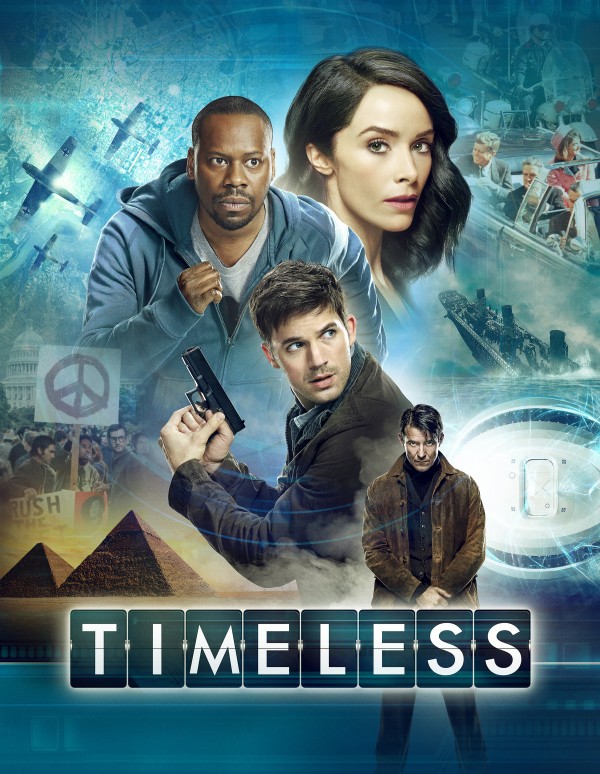 From Eric Kripke (“Revolution,” “Supernatural”), Shawn Ryan (“The Shield”) and the producers of “The Blacklist” comes this thrilling action-adventure series in which a mysterious criminal steals a secret state-of-the-art time machine, intent on destroying America as we know it by changing the past. Our only hope is an unexpected team: a scientist, a soldier and a history professor who use the machine’s prototype to travel back in time to critical events. While they must make every effort not to affect the past themselves, they must also stay one step ahead of this dangerous fugitive. Can this handpicked team uncover the mystery behind it all and end his destruction before it’s too late?

Abigail was super easy to chat with and answered lots of great questions during our call. She’s also a working Mom like so many of us and needs to juggle her acting career as a Mom of an 8 year old son.

She is based in LA and films Timeless in Vancouver so it’s a balancing act logistically and geographically! She’s so thankful for tech so she can stay connected even when she’s on the road. Abigail expressed that she’s so proud of her career and wants to show her son that following your dreams and working hard yields results and a tangible thing she can really be proud of with Timeless. This show is especially exciting for her since it’s something that she can watch with her son – he loves it! I agree as this is a show for all ages from school aged kids to grandparents so it’s something the entire family can enjoy.

Abigail loves so many elements of the show, but says the FASHION is spectacular. Traveling to various time periods her outfits are amazing although she says the CORSETS are horrific and not very comfortable! She loves the 1940’s style the best so far.

Tell us more about Lucy

Abigail chatted about what it’s like to play Lucy and shared lots of thoughts. I  think whats really cool about Lucy is that she’s a regular girl – and obviously talented historian – but she is thrown into a role where she basically becomes a spy. She doesn’t have those skills so it’s neat to see her reactions as she’s in action on missions. Abigail said they’ve been able to use her “natural” reactions during shooting – like her bumping her head when sneaking around an air hanger –  as it helps get across what it would be like for a regular person – like Lucy – to be thrust into such dangerous situations.

Inside Scoop on Where & When Lucy Will Travel this Season

I couldn’t resist asking Abigail where or should I say, WHEN, Lucy will be traveling. She gave me the rundown of the next 7 episodes. Woohoo! So much to look forward too! I also wondered if Lucy could ever go back to the same time period — in the hopes that she might be able to “FIX” whatever events are changing her own personal “TIMELINE” with her Mom & Sister……. If you haven’t seen the show yet I don’t want to spoil anything – but let’s just say that there is a big trickle down impact on Lucy’s personal life from her time traveling experiences. Lucy said they can NEVER EVER go back to the same time period as that is the number 1 rule of time travel on their Timeless show –you can’t be in the same place twice so she says that will never happen.

Abigail explained that the show tries really hard to be true to the events but also reveal some nuggets of those hidden personal stories we might not all be aware of that surround such historic events. 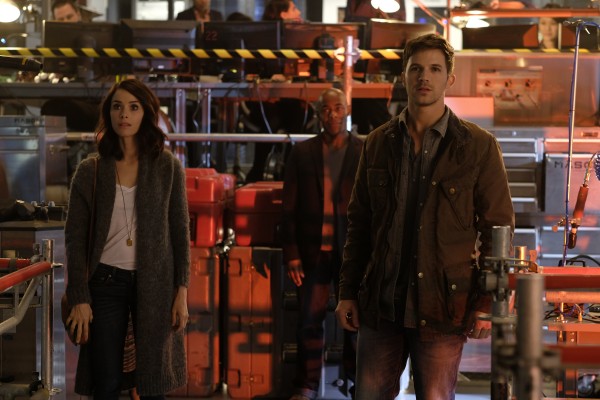 Check out their Time Machine! 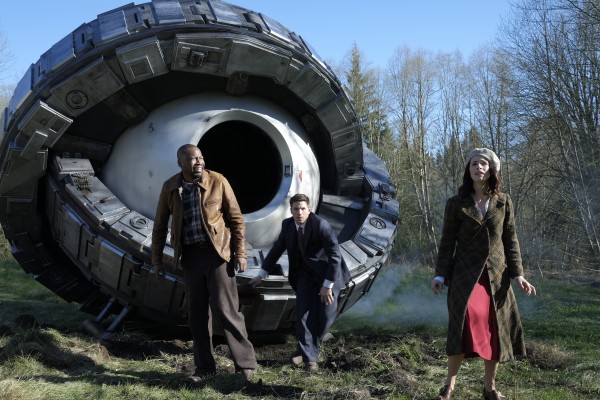 ​Note: This post is sponsored by the Role Mommy Network. As always, all thoughts and opinions are our own.