One of my favorite parts about attending the Disney Social Media Moms conference is that I find their choice of speakers to be truly inspirational – as their stories stay with me and leave me fundamentally changed. My favorite speaker this year that left me BEYOND inspired was the charming 11 year old Vivienne Harr, whose determination to end childhood slavery started a giant movement. This poised and adorable little girl absolutely wowed me – and I’m sure everyone in the room with her story. At age 8, with the goal of raising money to free the 18 million children her age around the world living in slavery, she started a lemonade stand. 1 year later she raised $101,000 …. and that was just the beginning! Hearing her story definitely left everyone Inspired to End Childhood Slavery and Make a Stand with Vivienne Harr!

Now, her Make a Stand lemonade is bottled and sold in stores to raise money to end childhood slavery, and later this year she’s teamed up with one of the co- founders of Twitter to launch a mobile app encouraging all of us to STAND together to make a difference. You can sign up to learn more about the app here: http://stand.tc/about/ so you can join the movement when it launches.

Here’s a video about Vivienne’s story. You’ll get chills and I promise she will inspire you!

Wow. What a story. Watching this clip and hearing Vivienne speak in person was unbelievably inspiring. If a little girl can make such a big difference, couldn’t we all do so much more too?

Vivienne’s message came across beautifully and it was so impressive to hear this little 11 year old girl speak, share her story, and inspire a giant room of adults to “Make a Stand”.

There is a documentary about Vivienne that I’m now dying to see and share with my own children. She also has a book out that sounds like it will be a wonderful resource to share with our kids and young friends too.

We all need to be reminded of  Vivienne’s message that,  “You don’t have to be big or powerful to change the world. You can be just like me.” 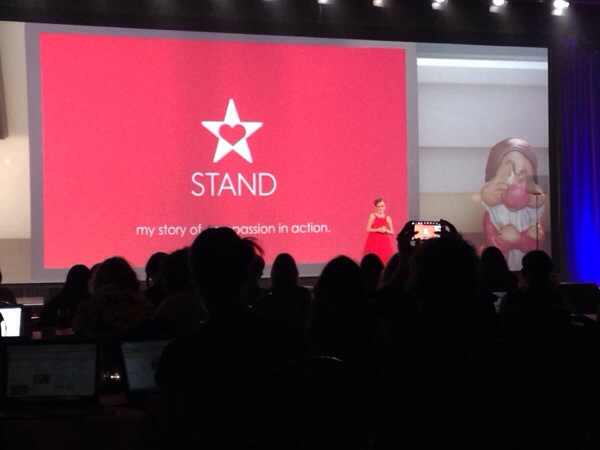 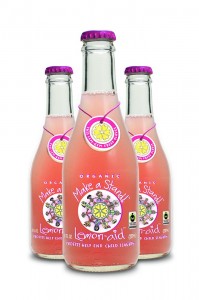 More official info about Vivienne Harr from her Website

When Vivienne Harr was eight years old, she saw a photo of two boys, her age, from Nepal living in modern-day slavery.

She said: “Compassion is not compassion without action.”

Vivienne decided to “make a stand” with “the only business experience I had.” She set up her lemonade stand every day rain or shine, to end child slavery.

She went on to become the first child in American history to bottle her lemonade-stand lemonade. Available now in hundreds of stores, Make a Stand Lemonade is a B Corporation with five-percent of net revenues going to leading organizations that eradicate child slavery.