I’ve seen thirty minutes of Disney/Pixar’s Brave…and it’s killing me! Thirty wonderful minutes that I’ve been thinking about for the past month counting down for the premiere on June 22.

For those out there that are anxiously waiting with me, hopefully, these interview snippets from the producer Katherine Serefian will help tide you over. 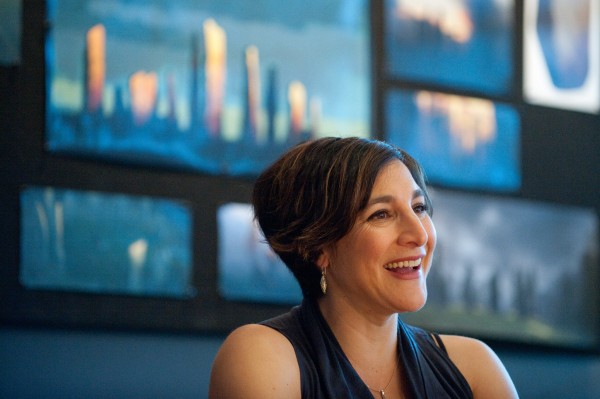 Q: Is Brave loosely based on a fairy tale?

A: No, it is not based on an existing fairytale. It’s an original story, and it’s conceived by Brenda Chapman and based on her relationship of butting heads with her own daughter, actually. But, we’re all big fans of traditional and classic and dark old fairy tales, but there’s not one that it’s based on at all. No, it’s an original Pixar creation, yeah.

Q: How long did it take to create Brave?

A: The film took between around five to six years to create.

Q: There’s a lot of hype around this movie being the first Pixar movie with a female lead. How important was that when the story was being created, and did you say this is the time we need to do this, or did it just work out that way?

A: Well I think it worked out, and it wasn’t a complete coincidence so much as a great convergence of the timing and the story and the talent. I mean, as a filmmaker-driven studio, our directors and our filmmakers are pitching the ideas from the beginning, and when it’s their turn to pitch an idea they could pitch one but they write what they know. And at this particular time when Brenda Chapman pitched this idea, it was very dear to her heart having a six-year-old daughter at the time and they were really, really butting heads and she said, what will this kid be like as a teenager?

Are you excited yet?!?