Joey McIntyre, best known for his heart throb days in New Kids on the Block, has just landed his own scripted comedy series “Return of the Mac” on Pop TV. You’ll be amazed to find out that Joey’s real-life wife and kids also play his family on the show – wife Barrett and their three children, Griffin (8), Rhys (6) and Kira (5).  Awesome right????  Check out our interview clips as Joey McIntyre talks about his new TV show Return of the Mac!

Joey plays himself as he tries to get taken seriously as a real actor. Begrudgingly, he takes a job as a talk show host, and that’s where the fun begins. I had a sneak peek of the pilot, and his style on the show reminds me a little bit of Larry David in Curb Your Enthusiasm. It’s definitely a funny, feel-good add to your weekly DVR lineup.

At a local autograph signing, I was thrilled to get invited to an interview session with Joey. When I arrived, the line of adoring fans stretched far down the street in the pouring rain. Joey was so concerned for his fans in the awful weather that he answered a few of our questions and then offered to stay late to continue the interview. He first wanted to focus on his soaking-wet fans. How thoughtful! 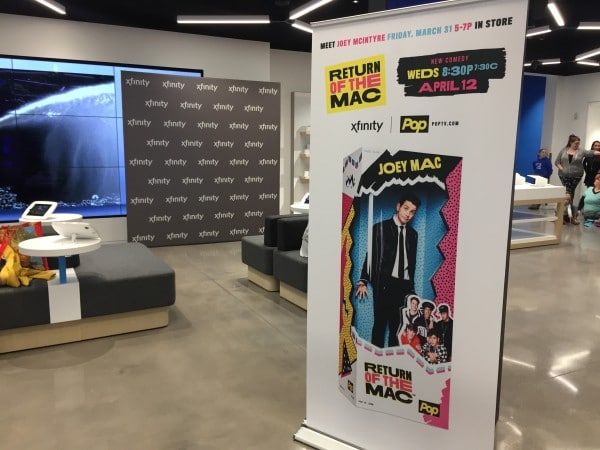 A couple of the questions that we did get to ask Joey:

1. What excited Joey about his new show? “…Funny…a good team of writers and actors…real-family sprinkled in there. Kinda went for it…” Check out video for his full answer.

2. Should we expect a house band on Joey’s talk show? Of course. We can look forward to a “super band with boy band roots.” Yesss!

3. Who would Joey McIntyre have a dance off with in real life? Derek Hough so he could learn from him!

Don’t miss out on Return of the Mac’s premiere on Wednesday, April 12th. For now, I’ll just cherish my Joey selfie. 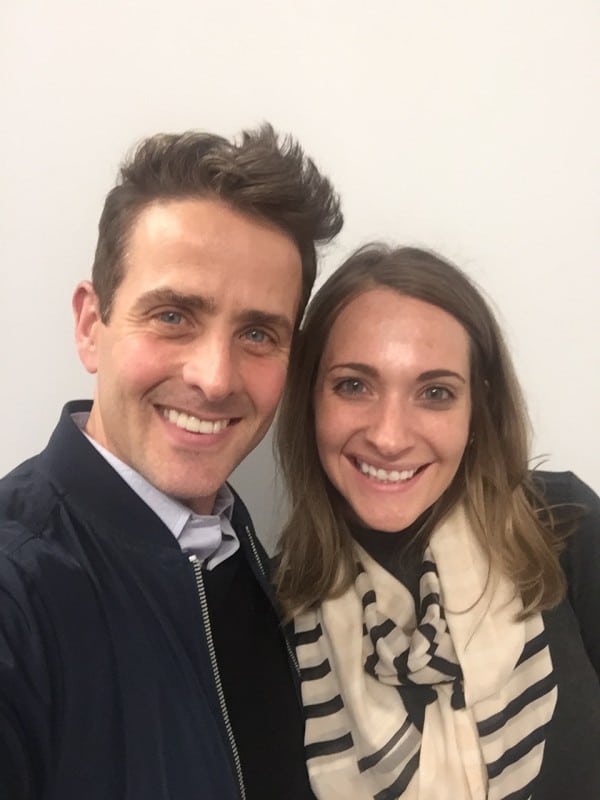