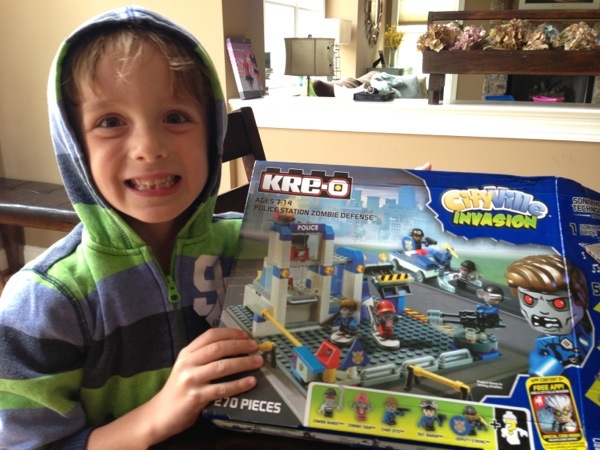 KRE-O Cityville invasion line is inspired by the all new City Ville Invasion app by Zynga.You can download the free app here: https://itunes.apple.com/ca/app/kre-o-cityville-invasion/id639860120?mt=8In the app, the evil Dr. Mayhem and his bad guy squad have invaded and it’s up to players and their heroic KREON figures to defend their cities against his destruction! The KRE-O sets bring the game to life. 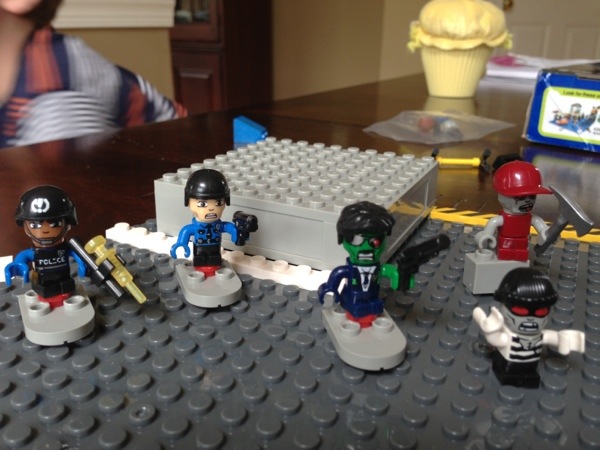 Each building set has Sonic Motion Technology where sound waves trigger movements in the special KRE-O bricks that creates a live action scene. Talk about fun for kids. And Moms and Dad playing with their little ones too! We love this set and Kyle is beyond thrilled with the movement of the figures – there is also a bunch of sounds as well too which is also a favorite feature for Kenzie and Kyle and I’m sure what will make this set so popular.

Kyle and I built this set together – it does take a while to build but my son loves the challenge and it’s a great activity for us to do together. There is also a Haunted Hideaway building set that looks so cool especially as we head into Halloween! 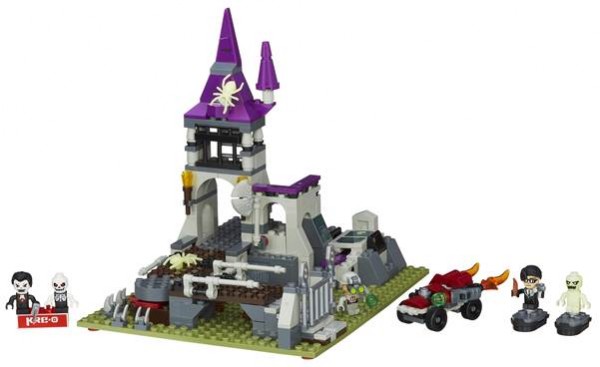 Note: Thanks to Hasbro for sending us a media sample to review and product for our giveaway.