It’s been a tough week after getting a dreaded middle of the night phone call from a hotel manager in San Francisco that Mike was found barely conscious and being sent by ambulance to Stanford Medical center for a head injury as they were a special trauma center.

The good news is Mike is recovering but now 5 days later is still in the hospital as they try solve the mystery of him passing out as such an elite athlete and healthy guy.

Getting that call was the worst!!!

I knew virtually nothing other than it appeared he passed out in running clothes and cracked his head open and was found unconscious!!! I couldn’t reach his co-worker whom I knew was on the trip. They only found my info as Mike happened to put my number on his home screen of his cell phone when he feared losing it at Disney last weekend.

After a few hours I found a co worker on his biz trip and he rushed to the hospital for me to find out info and start managing the situation. Thank GOD for mikes friend Scott whom I had never met before…. We were in constant contact for 30 hours until I could fly out there.

I’ve been here since Friday — and Mike is still in the hospital. He’s recovering beautifully so far from a brain bleed from the head trauma but they are doing all kinds of cardiac tests. We can’t fly home anyhow until end of the week or longer because of his head so we’re taking it day by day…..

So thankful for amazing friends and family sending warm messages and texts. My parents have the kids and everyone is getting by…. It’s tough on the kids missing us but they know Daddy needs me more.

Hopefully we will all be together soon! 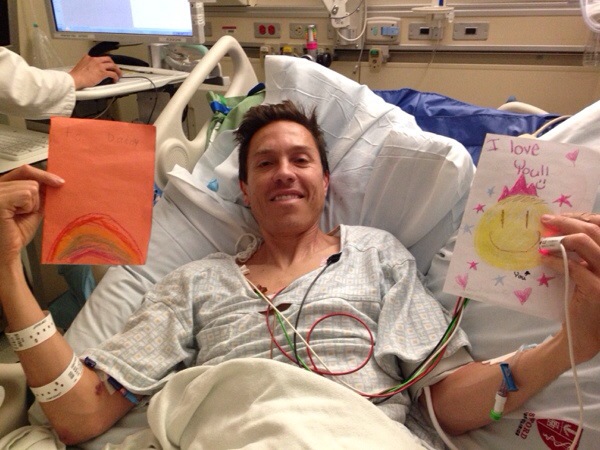 5 thoughts on “Life is Normal… Until it’s not!”