Disney official welcomes Merida into the Disney Princess Royal Court!Exciting news out of Disney Parks today as Merida, from BRAVE,  was officially crowned a Disney Princess by her Mother Elinor – the perfect celebration for Mother’s Day. After reporting live from the crowning of Princess Rapunzel in London in 2011, we were very excited to follow all the details about the lovely Merida becoming the 11th Disney Princess and joining the Royal Court today. 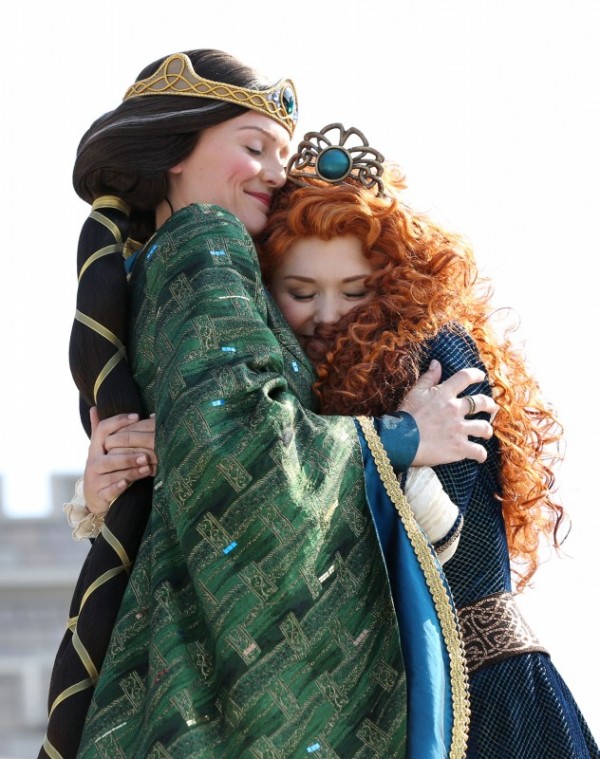 The procession leading to the crowing with Rapunzel was super exciting and this time around, Merida’s procession looked to be equally exciting as it was led by Scottish dancers. With lots of fanfare, Merida arrived at the Magic Kingdom and Cinderella’s castle  riding her own horse Angus and foregoing the traditional horse & carriage. 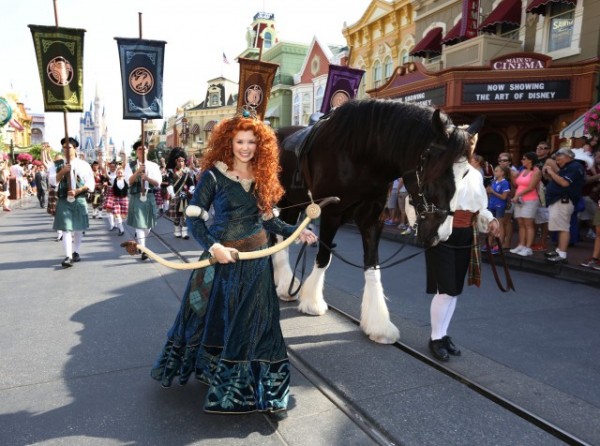 All the Disney Princesses were in attendance to welcome Princess Merida to the “Disney Princess” court and I’m certain park guests – and especially hundred of little girls were wowed by the magic of Disney and the love of all things Disney Princess. 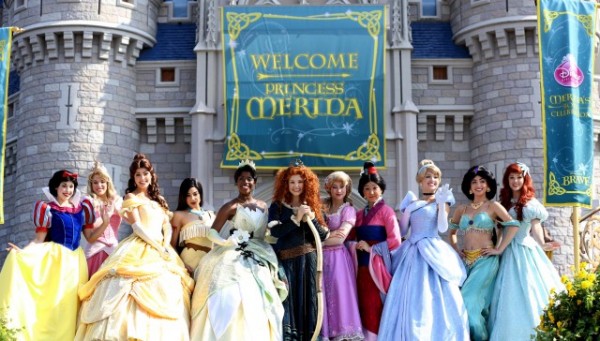 To make the occasion even more special for Disney guests, Gymnastics Gold Medalist and All-Around champion, Gabby Douglas, hosted the crowning ceremony.  She was accompanied by her mother, and Gabby shared her personal story of strength, perseverance and courage – the true meaning of being a Disney princess.