Win the new Mouseheart Book! 2 winners each will receive a Mouseheart Prize package as we celebrate this middle-grade release by Lisa Fiedler with illustrations by Vivienne To. The Warriors series meets Redwall in this first book in an epic animal adventure series set in the subway tunnels of Brooklyn geared for kids in grades 3-7. 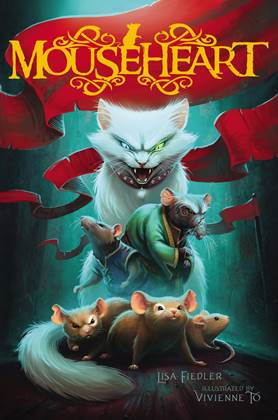 Hopper is just an ordinary pet-shop mouse—until he escapes. Soon he finds himself below the bustling streets of Brooklyn, deep within the untamed tangles of transit tunnels, and in Atlantia, a glorious utopian rat civilization.

But all is not as it seems. Hopper misses Pinkie and Pup, the siblings he lost in the escape attempt. Atlantia is constantly threatened by roving rebels who wish to bring the city to its knees. And there are cats everywhere, cats who would normally eat a rodent in a second, but leave the rats unharmed . . . and no one can seem to answer why.

Soon Hopper is caught in the crosshairs of an epic battle, one that spans generations and species. As the clashes rage, Hopper learns terrible, extraordinary secrets. Deadly secrets about Atlantia. Painful secrets about his friends.

And one powerful secret about himself.

2 winners EACH will receive the following prizing package which includes the new Mouseheart Book and a Mouseheart T-shirt. 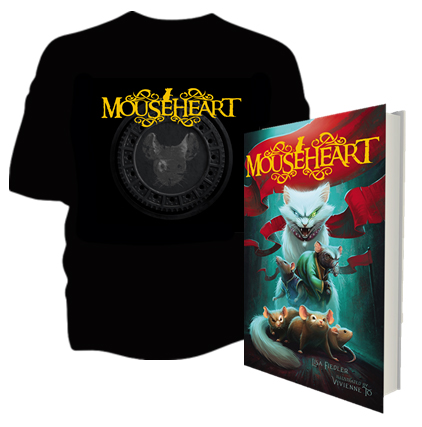 3. Tweet the following for an entry: I’m hoping to win the #Mouseheart prize from @ClassyMommy

Lisa Fiedler is the author of several novels for children and young adults. She divides her time between Connecticut and the Rhode Island seashore, where she lives happily with her very patient husband, her brilliant and beloved daughter, and their two incredibly spoiled golden retrievers.

Vivienne To has illustrated several books, including The Underland Chronicles by Suzanne Collins and the Randi Rhodes, Ninja Detective series by Octavia Spencer. As a child, she had two pet mice escape. She currently lives in Sydney, Australia, with her partner and her ginger cat. Visit her at VivienneTo.com.

Note: We received a product sample