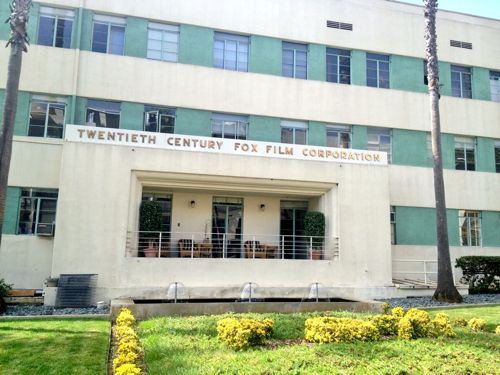 My group was there for a sneak peak of “Mr Peabody and Sherman,” an animated film about a brainaic bespectacled dog and his mischievous adopted son, Sherman, who use their time machine (or WABAC) to embark on fantastic historical adventures. 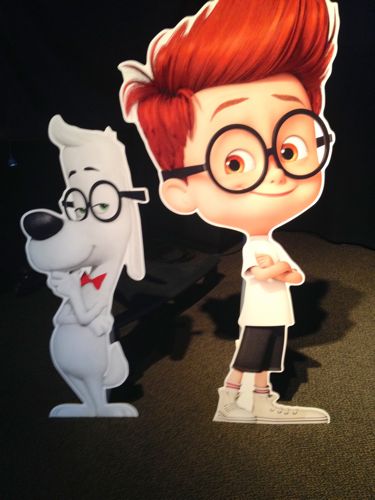 Some of you may remember Mr. Peabody from the animated TV series “Rocky and His Friends” and “The Bullwinkle Show,” produced by the late Jay Ward.  Well, this latest version has Jay’s daughter Tiffany Ward serving as Executive Producer, a job which she calls “incredibly special” as she had the amazing honor of “carrying on his legacy.” 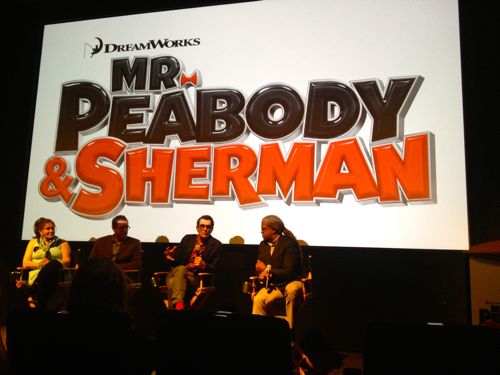 After viewing excerpts of the film which were funny, witty, and left us all wanting more, we had the rare opportunity to sit down with Tiffany, the gracious and talented Ty Burrell of “Modern Family” fame who voices Peabody, and the film’s acclaimed director, Rob Minkoff.

Q: If you could really go back in time, who would you want to meet?

Tiffany: Wow. I have no idea!

TY: I have two young girls and we travel a lot.  My wife won’t allow us to get a dog right now but we’ve negotiated and we will get one.  We just have to be a bit more stationary.

Q: How did you find the experience of filming in a sound studio?

Ty: That was part of the reason I was excited to do it.  It was such a different experience.  It was an incredible thing to see the film piece together.  It’s thrilling because you’re flying blind so to see it come together in ways I truly had no idea about was a fun surprise.

Q: What made Ty the choice for the role of Peabody?

Rob: I think Ty embodied all aspects we were trying to convey; intellect, suave, underlying warmth.

Ty:  Well, we adopted so I very much feel a strong connection to someone who has a strong bond with an adopted child.  I’m least like him in intellect and skill sets.  And Mr Peabody is trying to learn how to be sensitive and I’m overly loving and sensitive.  My kids will be running away and I’ll chase after them saying, “Please, just one more hug!” 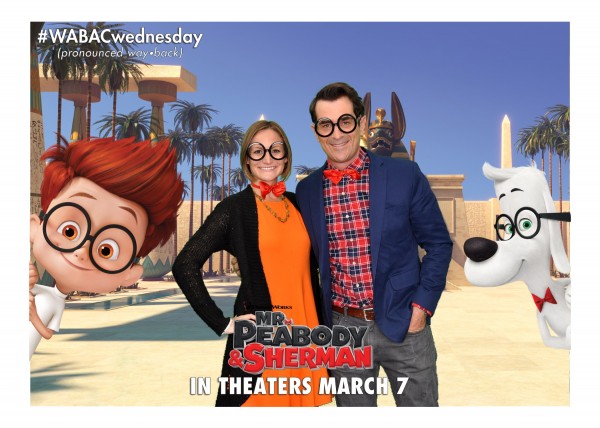 “Mr Peabody and Sherman” hits theatres March 7th!  Be sure to check back for more from our sit down interview coming soon!

ABOUT THE AUTHOR: Elise Edwards began her career writing, producing and reporting for CNN.  She later served as the Supervising Producer of E! Networks, “The Daily 10″ and has most recently been freelance writing for websites and magazines including LA Weekly, Los Angeles Confidential, JustLuxe, and San Diego Family.  She lives with her husband, two children (ages 3 and 4), and Tibetan Terrier in beautiful Santa Monica, CA where she enjoys days at the beach, long walks along Montana Ave and  writing for her parenting blog, LuxeAngelesMom.com.  Follow her on Twitter @LuxeAngelesMom.