Wow! Brand new from Nerf. Nerf has launched one seriously crazy intense blaster with the rapid fire Nerf Rhino. New for 2014, I was able to test out the Nerf Rhino before it hits stores this holiday season. Check out a demo with our Nerf Rhino Fire Video Review below.

You can see me demo the Nerf Rhino in our video review here. Notice that it is propped up on a built in tripod. You can also totally pick up this blaster and hold it as the tripod folds up too. There are 2 chambers to hold your darts with each one holding 25 blasters so you can have 50 darts that rapid fire with an easy touch of the trigger.

The price is steep on this boy toy at $99 but you an actually PRE ORDER the Nerf Rhino Fire from Walmart.com for only $89 right now. 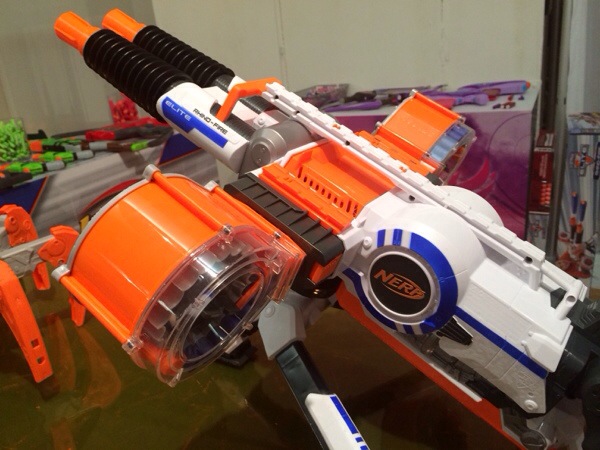