It’s time to celebrate 10 years of the beloved Pigeon books, created by Mo Willems. My kids and I love these stories and think they are HILARIOUS. The illustrations and the Pigeon’s thinking bubbles and conversations are too funny. Later this week, we’re going to have a PIGEON party to CELEBRATE the brand new book just released, The Pigeon Needs a Bath. 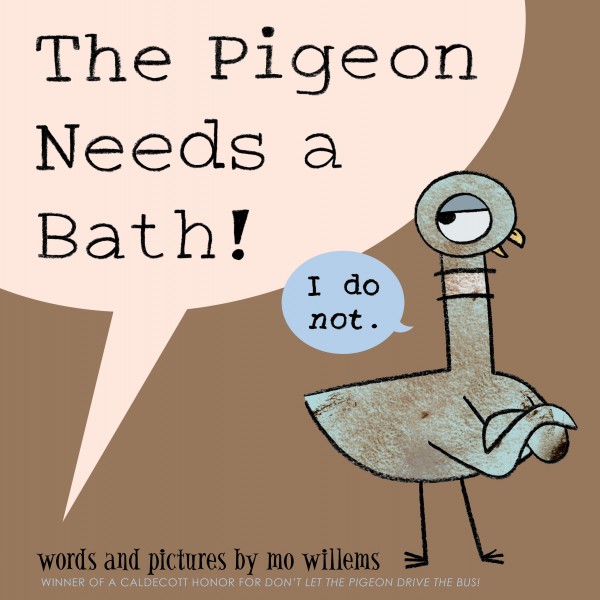 We couldn’t resist sharing the news right away about this brand new book, The Pigeon Needs a Bath, as we are sure you are going to LOVE it. 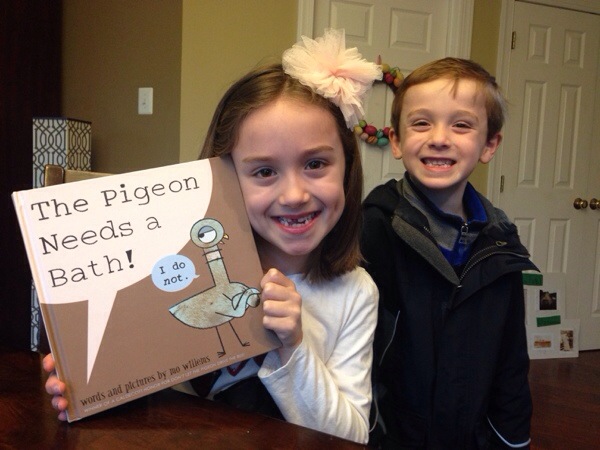 The Pigeon really needs a bath! Except, the Pigeon’s not so sure about that. Besides, he took a bath last month! Maybe. It’s going to take some serious convincing to try and get the Pigeon to take the plunge.

First in the series, Don’t Let Pigeon Drive the Bus  recently celebrated its 10th birthday this year! Over the last decade, The Pigeon books have sold millions of copies and enchanted young readers. The books have received numerous starred reviews, have appeared on many “best of” lists, and have even been inducted into the Indies Choice Picture Book Hall of Fame.

Note: We received this book to facilitate our feature and as part of the materials we received to host a PIGEON Party later this month. As always, all thoughts and opinions are our own.