Disney’s MALEFICENT releases in theaters everywhere May 30th, 2014 starring Angelina Jolie as the iconic villain from the classic “Sleeping Beauty.”  Below you can check out the new MALEFICENT Teaser Trailer, Poster and Images. Angelina Jolie looks like she is going to play a wicked and scary Maleficent with Elle Fanning starring as an innocent Aurora. 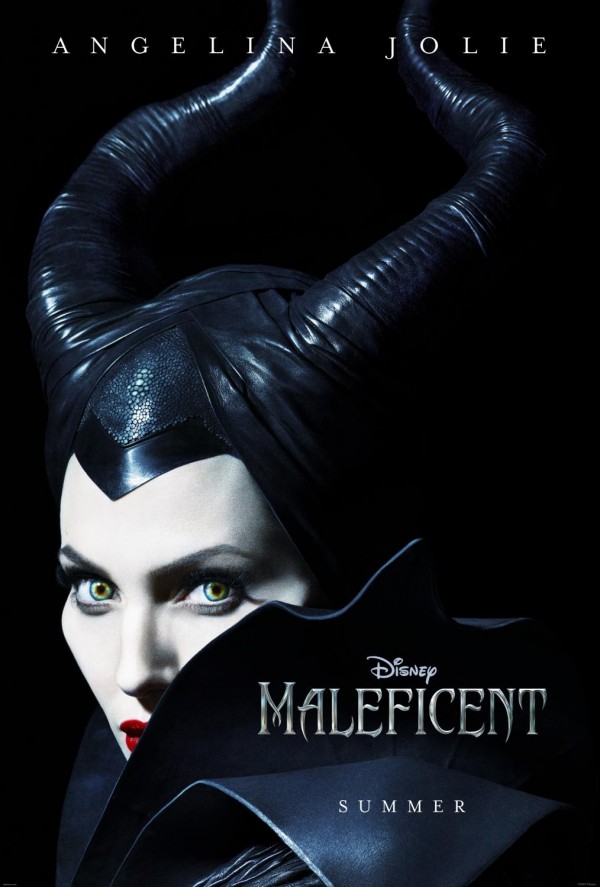 Check out the Maleficent Teaser trailer – doesn’t it look great? And a little bit scary! Angelina Jolie definitely looks EVIL. I can’t wait for Disney to explore this untold story of one of the most famous villains of all time.

From Disney comes “Maleficent”—the untold story of Disney’s most iconicvillain from the 1959 classic “Sleeping Beauty.” A beautiful, pure-hearted young woman, Maleficent has an idyllic life growing up in a peaceable forest kingdom, until one day when an invading army threatens the harmony of the land.Maleficent rises to be the land’s fiercest protector, but she ultimately suffers a ruthless betrayal—an act that begins to turn her pure heart to stone. Bent on revenge, Maleficent faces an epic battle with the invading king’s successor and, as a result, places a curse upon his newborn infant Aurora. As the child grows, Maleficent realizes that Aurora holds the key to peace in the kingdom—and perhaps to Maleficent’s true happiness as well.

MALEFICENT releases in theaters everywhere on May 30, 2014!