Wow!!!!! Take a peek at the latest scoop from Universal Orlando showcasing new photos and an even more detailed video all about the new Harry Potter and the Escape from Gringotts Ride opening SOON when Diagon Alley opens in Summer 2014.

Look at the ride photos here. I can not wait to hop on one of these cars and dive into the depths of Gringotts someday. 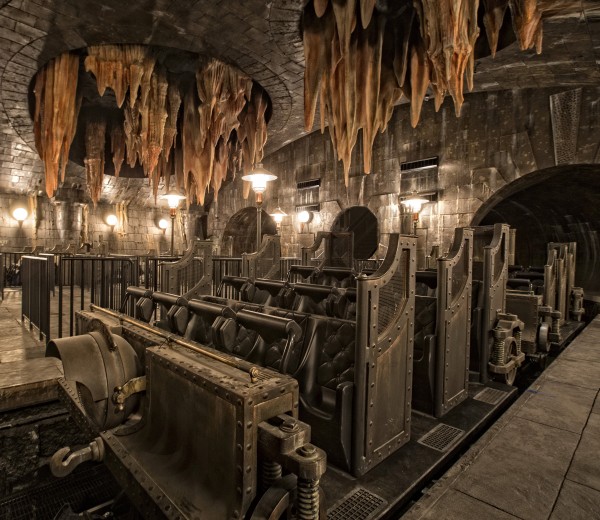 Yes, we are all still in suspense as to the grand opening date. Today’s news says the grand opening date will be revealed soon.Until then…. enjoy all these behind the scenes photos and video about what is sure to be one a thrilling and technologically amazing theme park ride celebrating the beloved Harry Potter.

New Ride Images Harry Potter and the Escape from Gringotts 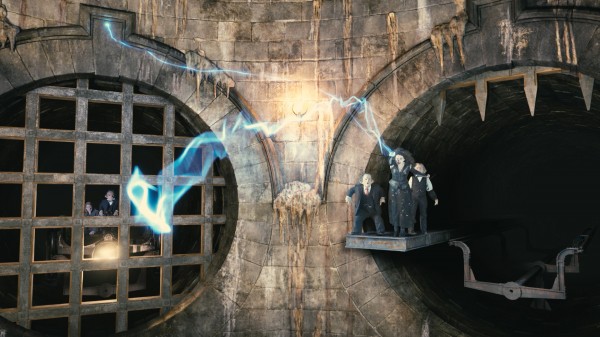 Check out the detailed in depth video about the ride here. 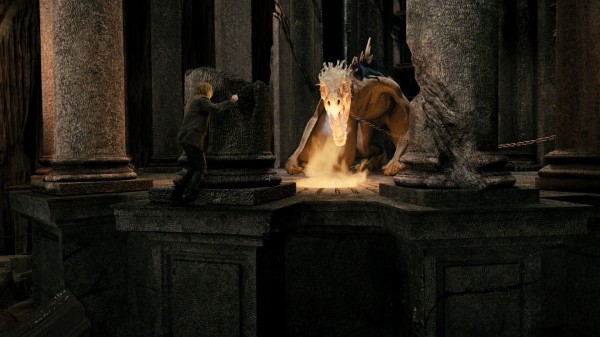 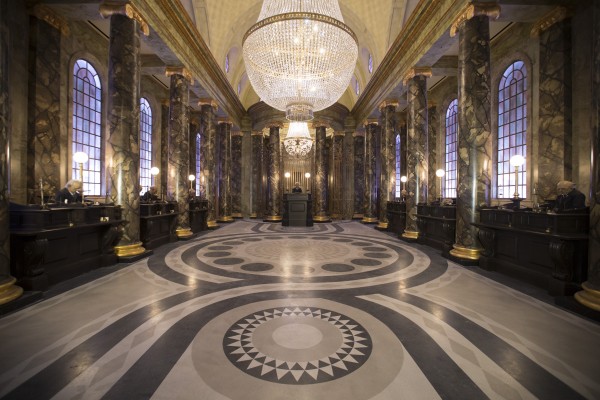 The below is taken directly from the press release, here is the inside scoop that has been revealed to date:

Imagine being part of the iconic moment from the Harry Potter film series where Harry, Ron and Hermione break into one of the most guarded places in the wizarding world – Gringotts bank – to retrieve a magical object that will help defeat Lord Voldemort. You’ve seen the action on-screen, and now you get to be part of it.

Universal’s creative team worked hand-in-hand with Stuart Craig and his production team from the Harry Potter films to immerse guests in this pivotal scene from the final Harry Potter book and film.

During an action-packed, fully-immersive journey on Harry Potter and the Escape from Gringotts, you will:

“Harry Potter and the Escape from Gringotts will change the way you think about theme park attractions,” said Mark Woodbury, president of Universal Creative. “We’ve created an entirely new type of ride that propels guests into the story like never before, and guests will remember it long after their visit to DiagonAlley.”