Take a peek at our photos and video of cupping in action! We’re all about exploring alternative medicine in our household! Kenzie, my 13 year old daughter has an immune disorder so she is often sick and requires antibiotics way more than the average person. Beyond the traditional western medicine, we’ve definitely sought out holistic and more natural methods to boost her immune system in addition to the medicine the doctors prescribe. We figure alternative medicine can be one more weapon in our arsenal to fight infections, reduce inflammation, improve her asthma and boost her health. Over the past 3 years, we think acupuncture treatment has greatly helped her asthma. And when our acupuncturist wanted to try cupping, Kenzie agreed to give it a go! 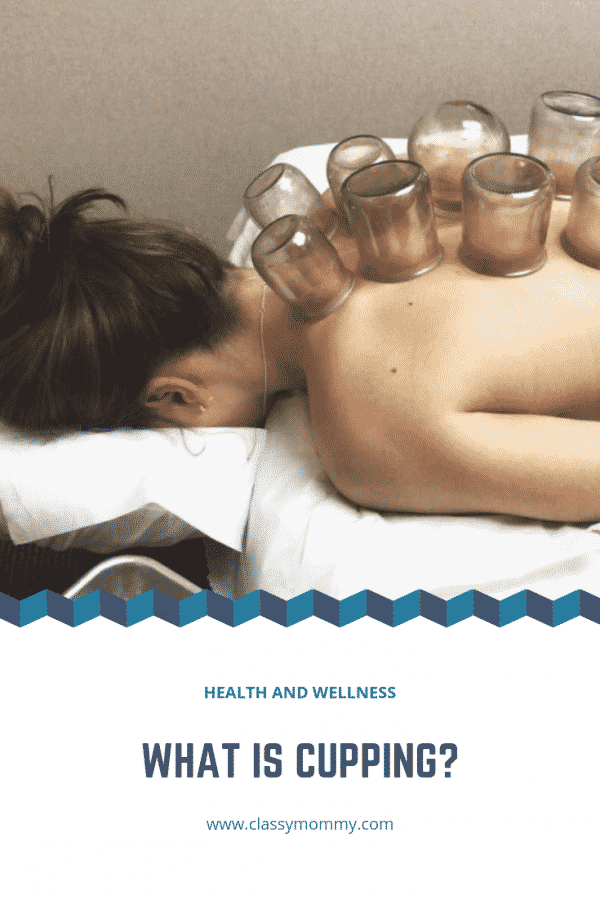 I know this photo looks painful… Am I right? Kenzie actually says it’s not that bad…. but it is intense SUCKING. I’ve also had cupping done before after my acupuncture treatments and I can attest to it being a sharp feeling and definitely being uncomfortable, but it is not PAINFUL.

Check out the video. Yes, our doctor actually lights a flame to heat the cups. Yikes! 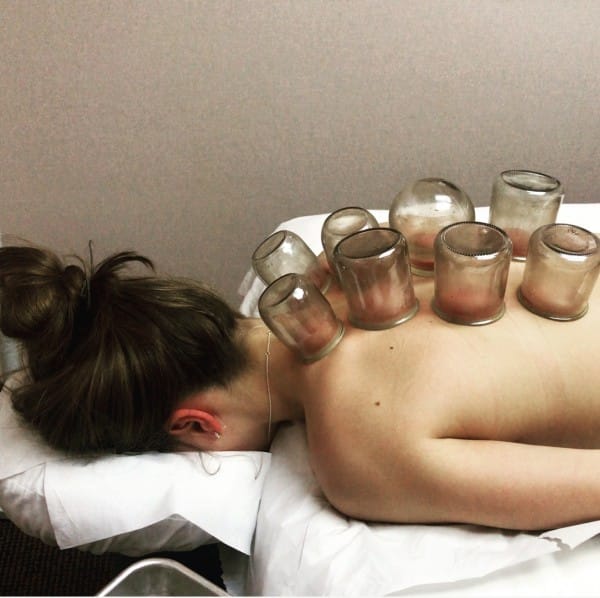 Photos and Video of Cupping

Cupping has been around for THOUSANDS of years and is a form of ancient Chinese medicine. The idea is that blood stagnates and poor energy flows through the body. The theory is that when you can get the energy moving, Qi (the Chinese word for your bodies energy) moves properly, and healing can take place. The Cupping brings blood to the impacted areas and gets all this Qi energy moving the way it’s supposed to move.

Our acupuncture doctor, tells us the darker the circles after the cupping therapy, the more “injury”, toxins, or tightness was present in the area. If Kenzie has a treatment and her circles aren’t looking to red afterwards, essentially, it’s a good thing because she probably wasn’t as tight or full of “toxins”.

As a swimmer, Kenzie wanted to give the cupping a chance to help her sore shoulders from training. Kenzie has felt immediate relief post cupping in her back and shoulders so she’s been adding this therapy to the end of her acupuncture sessions.

Would you consider cupping?

It seems to be on trend with celebs and definitely gained world wide popularity with Michael Phelps in the swimming world as a form of PT for athletes.

Info from the experts

Take a peek at a few more articles about Cupping here:

Is it as painful as it looks?

2 thoughts on “What is Cupping? Photos and Video of Cupping in Action”