Check out the video teaser that Universal Orlando just released showcasing the Goblins as we’ll see them in the Gringotts ride. AWESOME!!!!!


This goblins says, “Here to open an account? Very well!” LOVE IT. And as you can tell the details in the ride appear to exactly mimic those from being in Gringotts during the films. The technology is fantastic. 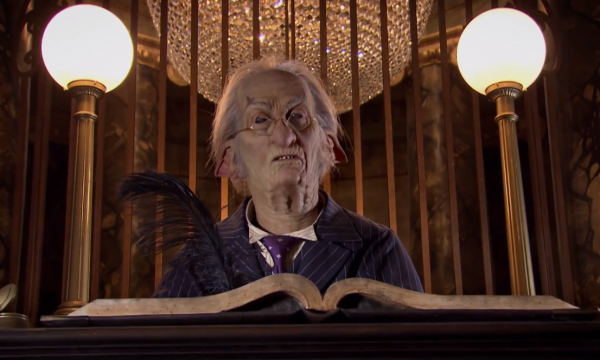 Dates for grand opening are still to be released. I’m hoping in the next week or two we’ll hear more as teasers are coming now from the Today Show.

We can not wait to visit Diagon Alley! I’m not sure what my favorite part will be as I’m anticipating we’ll love every inch of it just like we do with the current Wizarding World at Hogsmeade.