The adrenaline and excitement of attending a red carpet movie premiere is tough to articulate. Walking that red carpet is literally a total whirlwind. Think lots of crowds, all kinds of celebs, media snapping photos of the talent, and then us guests trying to get our very own picture perfect snapshot along the flashy step & repeat all the while guards and security are trying to hustle everyone down the carpet and into the theater. It’s thrilling but just a little bit stressful – I always wish we could slow down time while walking the carpet as there is SO much to observe and I want to soak in every single moment! 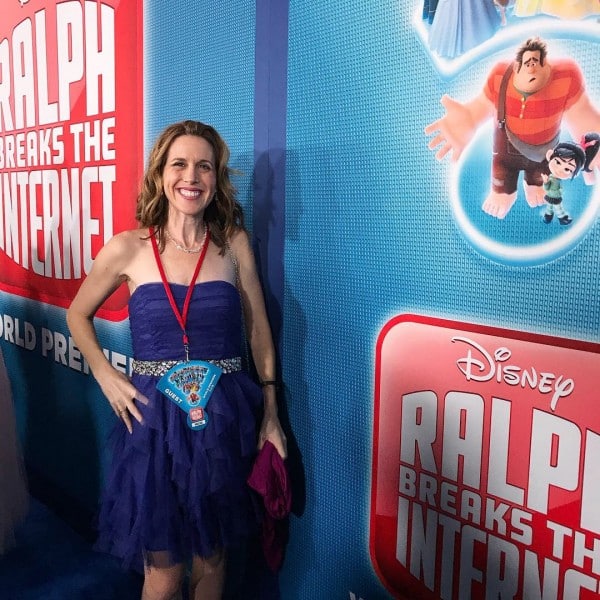 Ralph Breaks the Internet hit theaters on November 21st and I absolutely LOVED this movie. So grab your tickets now and take the entire family because all ages – from 3 to 103 will adore this movie and these characters! The carpet for this premiere was actually a BLUE carpet and looked fabulous. Imagine Dragons performed their new song, ZERO,(which is in the movie) outside the El Capitan Theater before everyone started walking the carpet. Awesome! 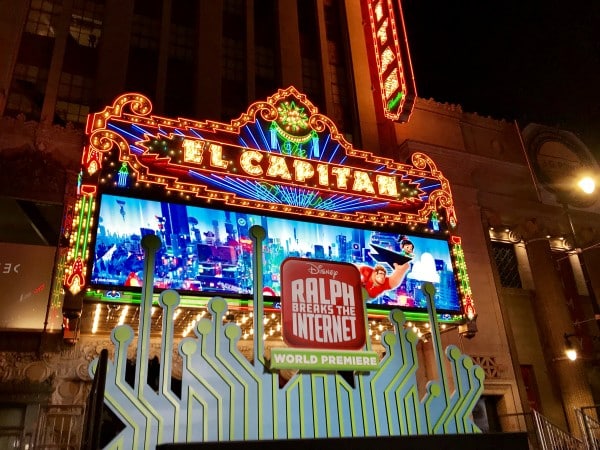 Myself and many of my friends tried to channel our inner Disney Princess and Disney Bound for our style on the carpet. I went with this “Anna” inspired look. I love how my dress and jewelry turned out! A few more fun shots from the “Blue” carpet….. Can you tell a bunch of us are all Disney Bounding? And this is the official badge we all wear to walk the carpet…. Notice it’s shaped like a WiFi signal? Genius! Disney knows entertainment and they throw the cutest after parties. Wreck it Ralph and Vanellope attended in character and of course there were all kinds of fun activities for the kiddos – like a Viral Slime station and a Craft Station to make your own You’re My Hero Cookie necklace. So cute! 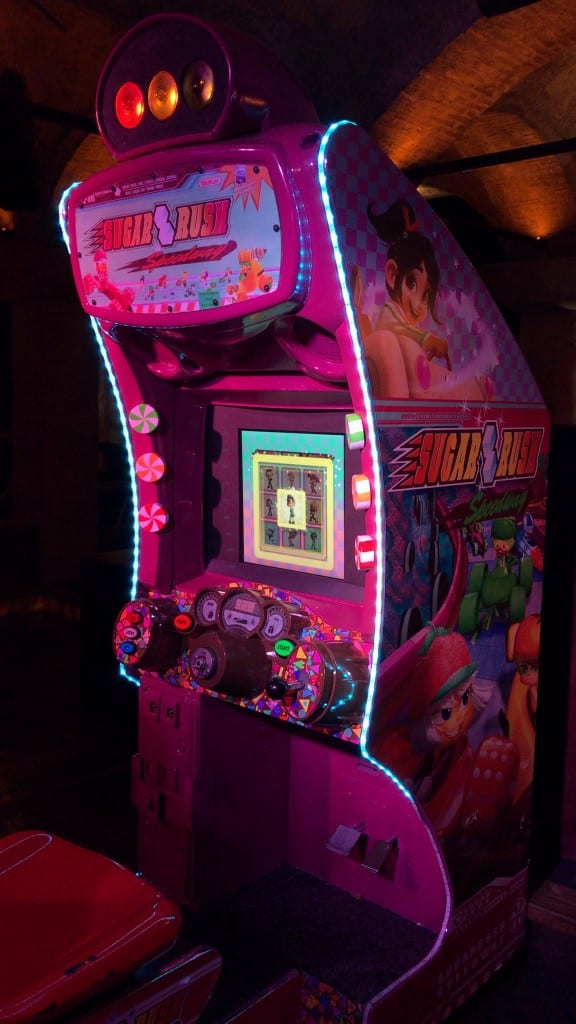 I also loved that they set up a section of the bar and labelled the room “Tappers” to serve Root Beer Floats to us all just like in the Movie. YUM! You bet I had one! Delish! You bet I spotted a ton of these famous faces. Nearly all the original voice cast for the Disney Princesses also attended. So cool!

Here’s Moana chatting up a little girl attending the premiere. Love it. 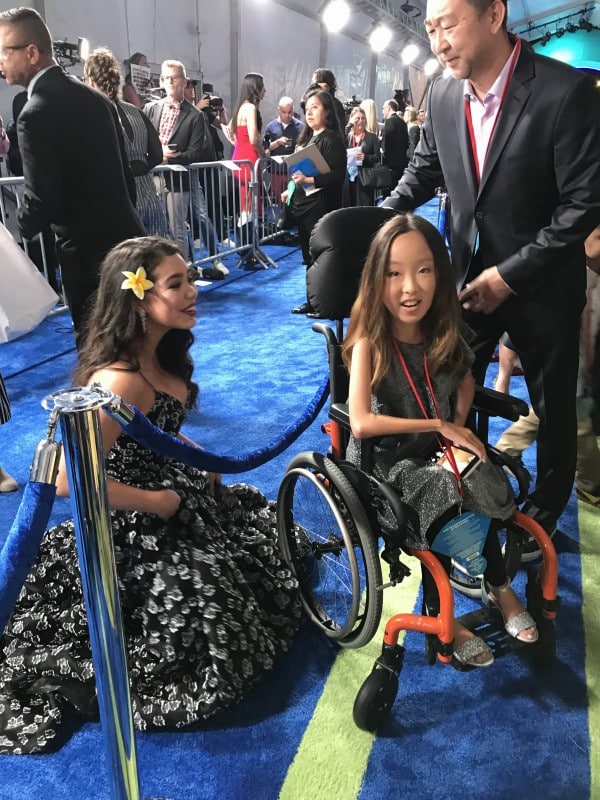