Yay! The Reimagined Muppet Babies Premiere March 23rd! While at the Disney Social Media Moms Celebration we had the chance to learn all about the brand new reimagined and ultra adorable Muppet Babies. The super cute reimagined Muppet Babies Premiere March 23rd on Disney Junior. I saw the very 1st episode and give it a rave review. Super cute and very much about encouraging imagination. Parents will love it too since in my opinion anything Muppets feels “Old School” and brings me back to my own childhood. Love the concept and I loved the premiere episode! 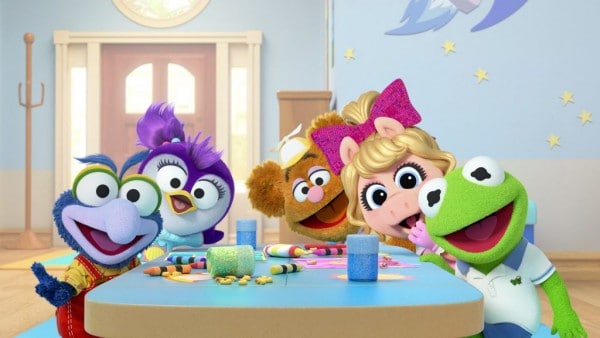 The kids and I met Tom Warburton, the Executive Producer, and were able to ask him lots of questions about his journey. We love that he added a girl Penguin, ironically named Summer, to the cast as this will be bring a greater female influence to the show along with adding opportunities for character development between Summer and Miss Piggy, who historically is the Muppet’s only major female influencer. 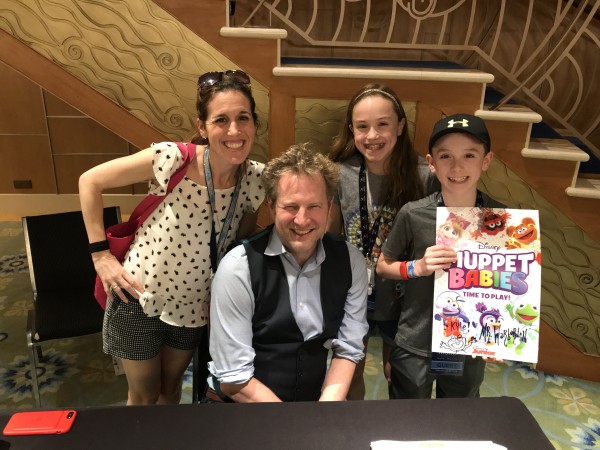 And as expected after seeing these images, the characters are ADORABLE and just baby cartoon versions of the real Muppets we’ve all grown to love over the years. The song is catchy too!

Set in the vibrant playroom of an urban brownstone with an expansive backyard, the Muppet Babies have everything they need at their fingertips to lead them on their fantastical adventures. The backyard alone is home to Kermit’s bouncy “pond,” Piggy’s dressing room, Summer’s art table, Gonzo’s chicken coop, Fozzie’s stage and a communal treehouse. In every episode, through a rainbow transition, the Muppet Babies use their imaginations to transport them into a fantasy sequence, each with a distinct style ranging from collage, comic book and classic cartoons to live-action footage. While spotlighting the zany comedy that the Muppet Babies are known for, each story is also designed to introduce young viewers to the unique problem-solving power of imagination.

Note: We attended the Disney Social Media Moms Celebration where we were able to meet Tom Warburton and preview the new Muppet Babies. As always, all thoughts and opinions are our own.