My kids are WILD about Ricky Ricotta’s Mighty Robot book series, by Dav Pilkey, creator of Captain Underpants. We love this series! The bold bright colorful pages and comics within the story appeal to kids. My 8 year old daughter thought these stories were fantastic but I was even more impressed that they captivated by 6 year old son who is a more reluctant reader. Each night he would demand we read more and more Ricky Ricotta’s Mighty Robot.

8 books are available in the series. We read the first 4 and Kyle is BEGGING me to buy the next 4. He honestly can’t get enough of Ricky Ricotta!

Take a peek inside the books to see the colorful pages and adorable Ricky Ricotta and his Mighty Robot in our video review.

Each book has action scenes in comic style format with bold colors and flashy graphics. Even cooler, at the end of each story, the final epic scenes between the Mighty Robot and whatever villain he is battling are in Flip-o-rama format that makes the action look like it is moving when you flip the pages. Cool! 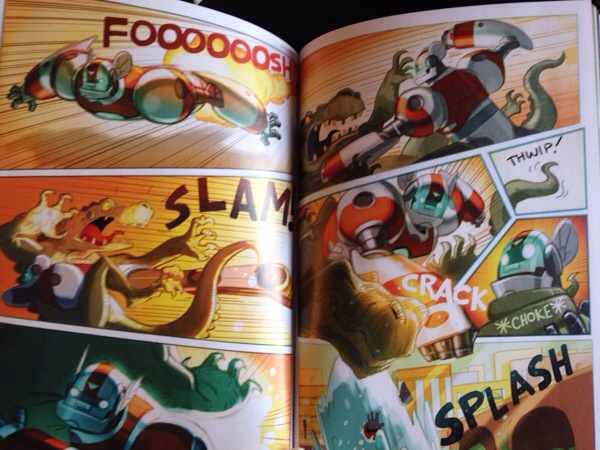 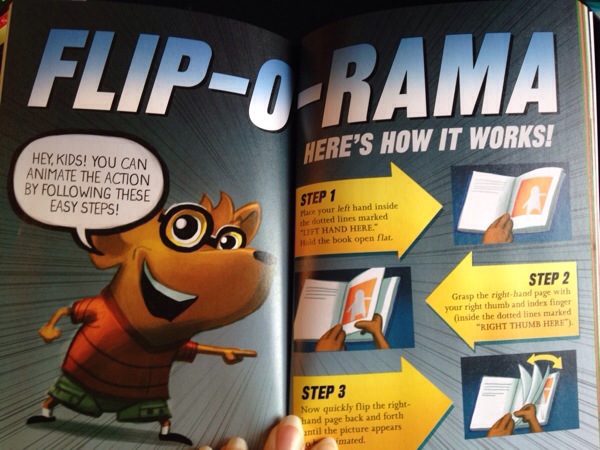 Check out the Classroom  Guide

Play the Make Your Own Robot Game

ABOUT THE RICKY RICOTTA SERIES

From Dav Pilkey, creator of Captain Underpants, and acclaimed artist Dan Santat, an out-of-this-world friendship adventure with brand-new full-color illustrations and mini-comics throughout!

Ricky Ricotta is a little mouse with BIG problems! Every day he is picked on by the neighborhood bullies. He lives in Squeakyville with his mother and father, and being an only mouse, he is often lonely. That is until SOMETHING BIG HAPPENS! A giant flying robot enters Ricky’s life and an unlikely friendship is born! Together, Ricky and his Robot must save the planet from a galaxy bursting with bad guys!

Little Ricky Ricotta has a problem: the bullies at school pick on him all the time. Until one day, he saves the life of a mighty robot. Together, Ricky and his Robot face the bullies, and save Squeakyville from a giant evil lizard monster. That’s what friends are for!

Mr. Mosquito hates Mercury. The days are so hot, they melt his flip-flops, and the nights are so cold, his toothpaste freezes solid! He’s decided to take over Earth instead. Ricky and his Robot must stop his army of massive Mutant Mosquitoes!

Note: Thanks to Scholastic for sending us samples to facilitate our featured sponsored post. As always, all thoughts and opinions are our own.