Who else is a fan of ABC’s brand new comedy Single Parents? Check out my Single Parents Behind the Scenes Set Tour and Photos here and if you aren’t already watching this new comedy, definitely add it to your list. The all star cast of favorites like Leighton Meester and Brad Garrett initially drew me in, but the show is really fabulous and a parent (even if you aren’t single!) you will totally relate.  The friendship and support between the “Single Parents” is fabulous and obviously the show features a large ensemble cast – of both kids and adults, so I find that really interesting – and obviously full of comedy!

After never having been on a TV set tour, I did 2 in just a few hours! Interestingly, although this is an ABC show, it was filmed on a Fox lot in downtown LA. Cool!

“Single Parents” airs on Wednesdays at 9:30|8:30c on ABC, and can also be watched via streaming (ABC app/ABC.com/Hulu) and on demand.

This ensemble comedy follows a group of single parents as they lean on each other to help raise their 7-year-old kids and maintain some kind of personal lives outside of parenthood. 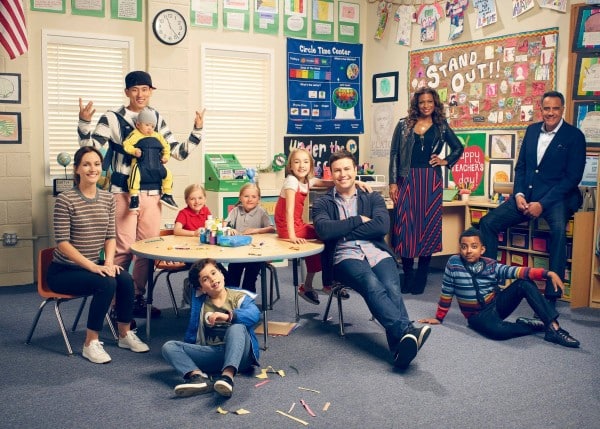 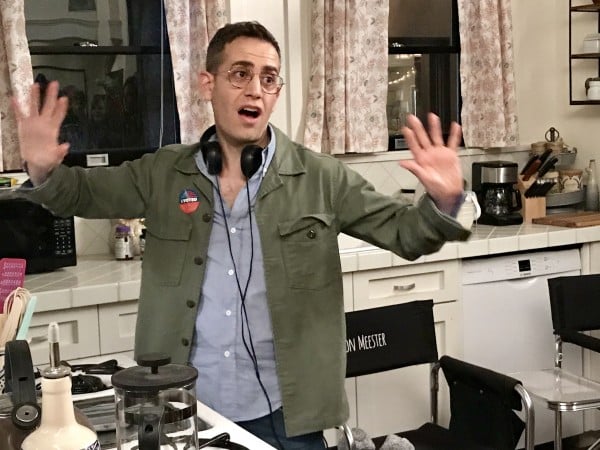 If you’re already a fan of Single Parents, you will absolutely LOVE  checking out all my photos captured on our set tour. It’s so cool to see how what looks like a Warehouse is absolutely magical on the inside. Part construction site on the interior as so much work is happening to make everything “look” real as the scenes change from home to home of the various Single Parents. 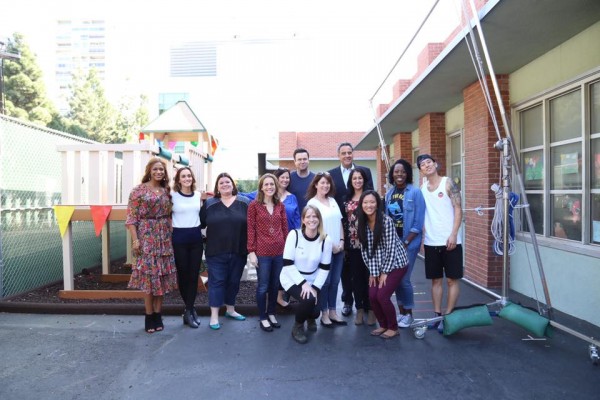 On the playground at Hilltop Elementary with the Cast – they were all so sweet & welcoming!

This set tour was especially interesting since there are so many locations – everyone’s various homes, Hilltop Elementary School, the classroom, the playground and of course the local bar. 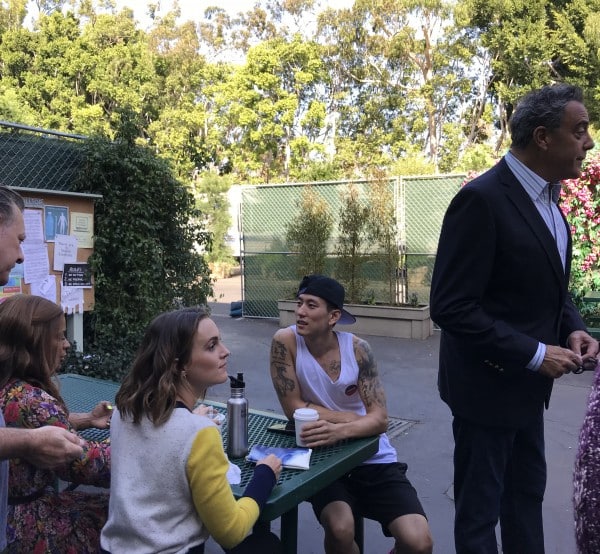 When we arrived on set, we met with welcome arms by the team which was awesome. They were so excited to tell us about filming the show and give us a tour of what I felt was a giant set! Our set tour guides were Executive producer Jason Winer (who has also worked on Modern Family!) and actor Jake Choi (“Miggy”).

Both guys were so fantastic, fun, and happy to show off the set despite their busy schedules and careers. Jake let us take lots of photos with him too! 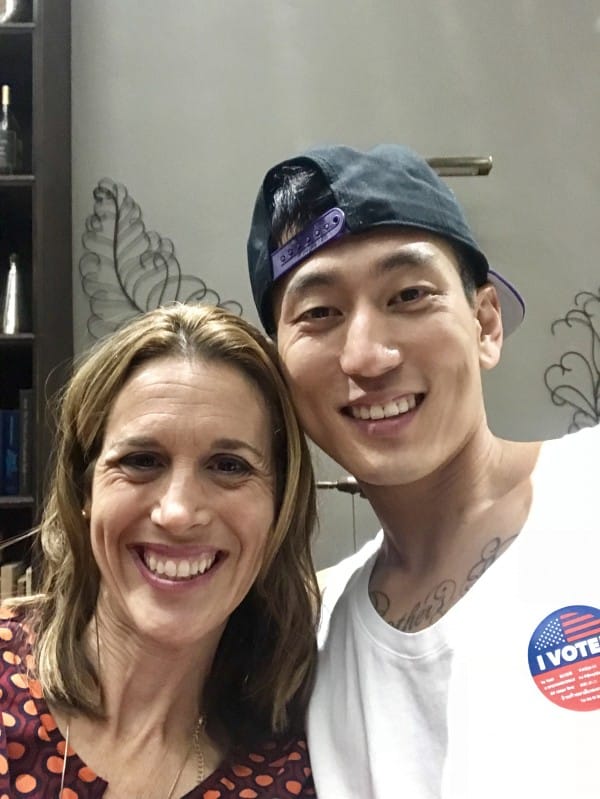 Single Parents Behind the Scenes Set Tour and Photos

As for interesting tidbits, Brad Garrett looks SOOOOOO tall when we met him in real life. Executive Producer Jason explained when he was giving us the tour of Brad’s (aka Douglas in the show) house, the ceiling were totally finished and GIANT in a huge A-Frame structure. He explained that because Brad Garrett is so tall they had to actually “FINISH” the ceilings in his house on set. Apparently, normally on set, ceilings are left unfinished since the camera angles don’t see them.  He said they had to finish the ceilings in a tall A-frame and then select a local house that had “A-frame” architecture for them to imitate on set.

Here’s some photos from Douglas’s place. (The character played by Brad Garrett)  He even has a sauna! His house is fancy with a styling kitchen too! 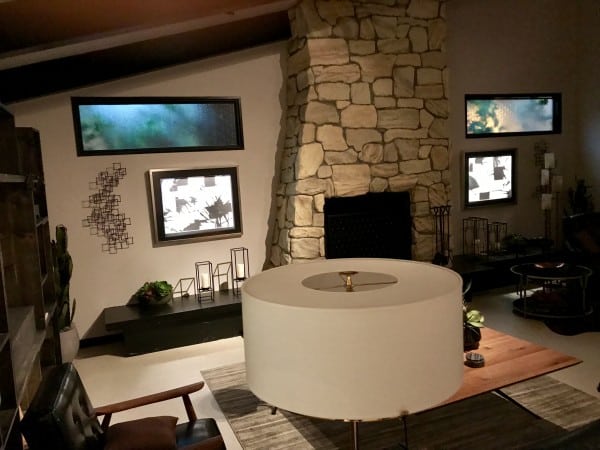 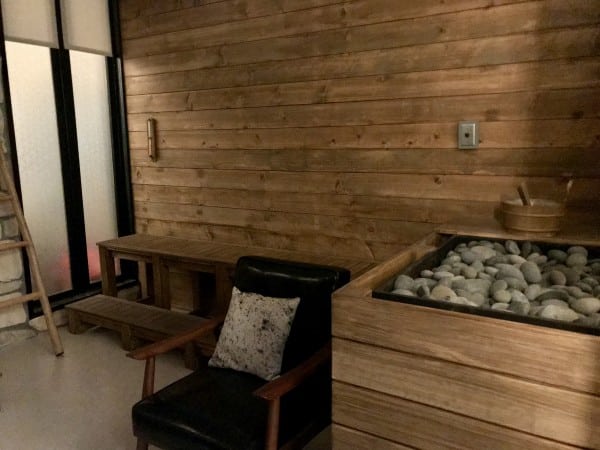 On set, we were able to walk into the various kids bedrooms and all the characters homes. So the set was giant relatively with so many different areas. Jason also explained to us that one of the sets is used to create the homes for both Miggy & Poppy. They just move a cupboard to cover a door and then sort of swap everything around so it looks like a totally different scene. 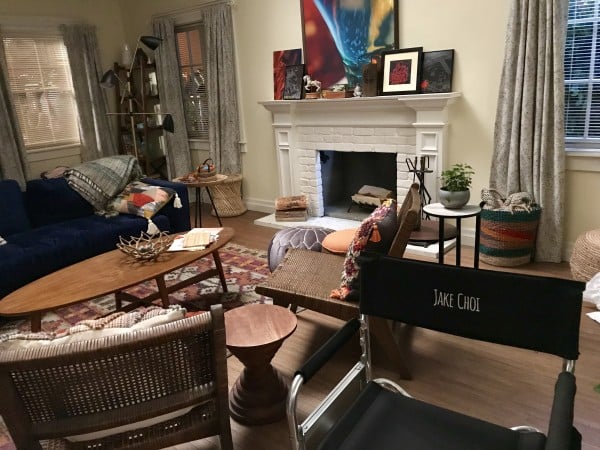 Jason explained they intentionally try to create a “messy” and busy” look in Angie’s kitchen. (Played by Leighton Meester) Think lots of stuff on counters and all kinds of items on the fridge just like a real home and busy Mama would have. 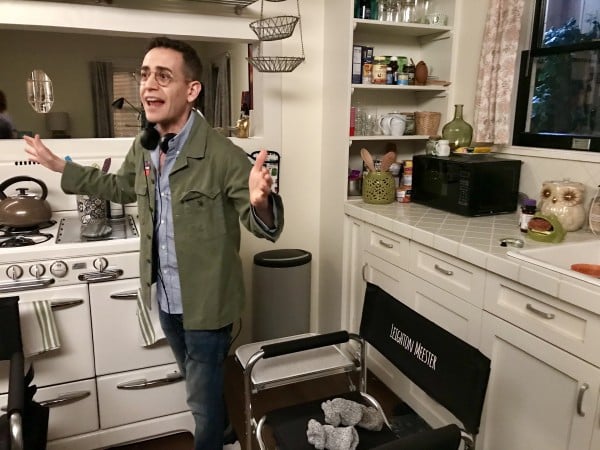 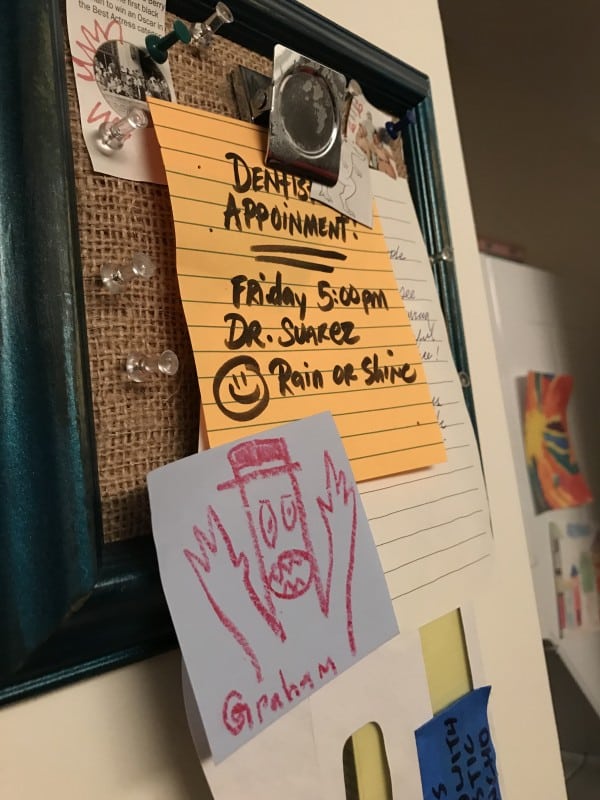 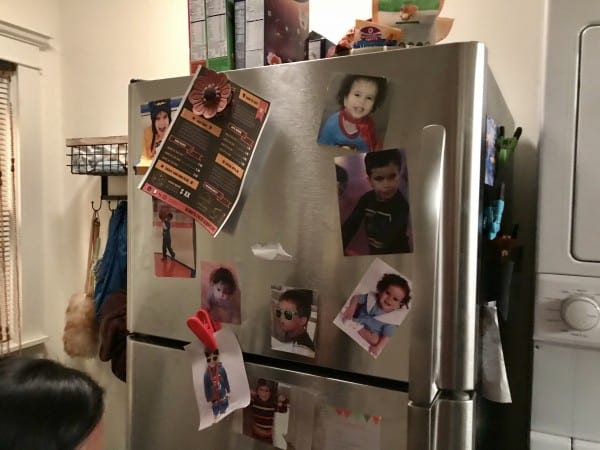 And of course the school has basically a real classroom and playground. Complete with requisite jungle gym and cluttered bulletin boards! 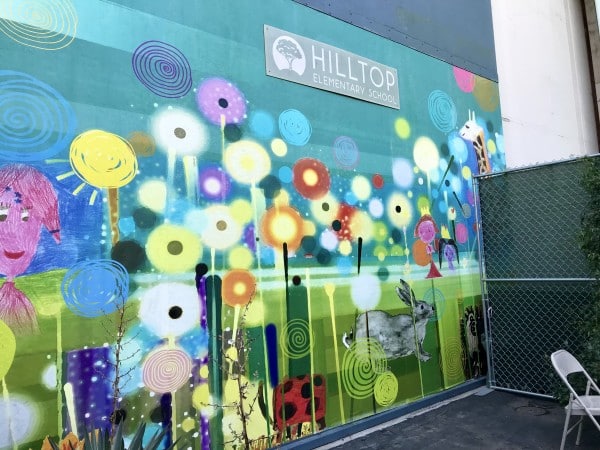 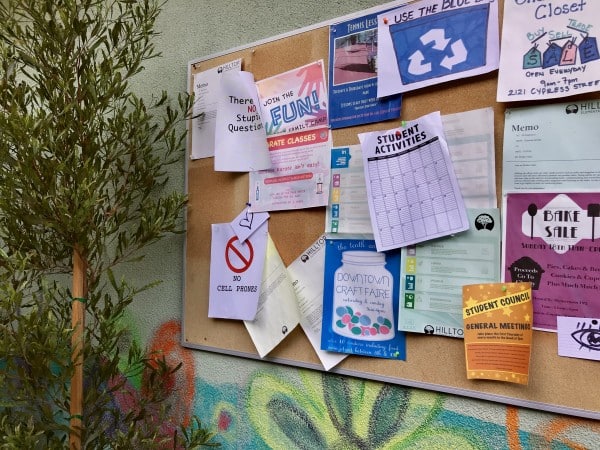 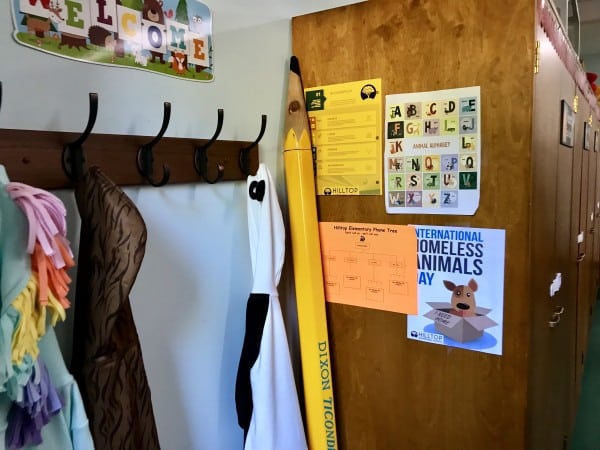 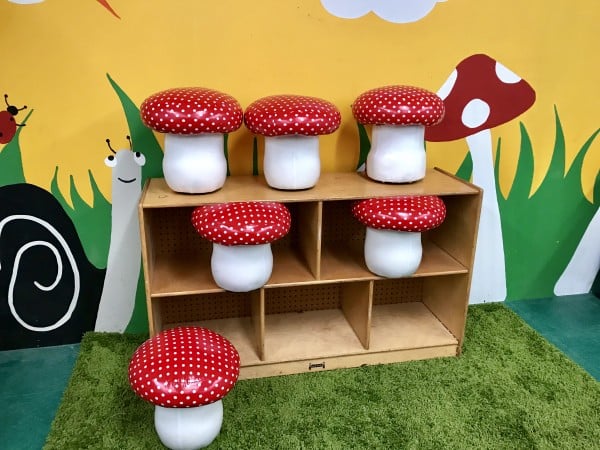 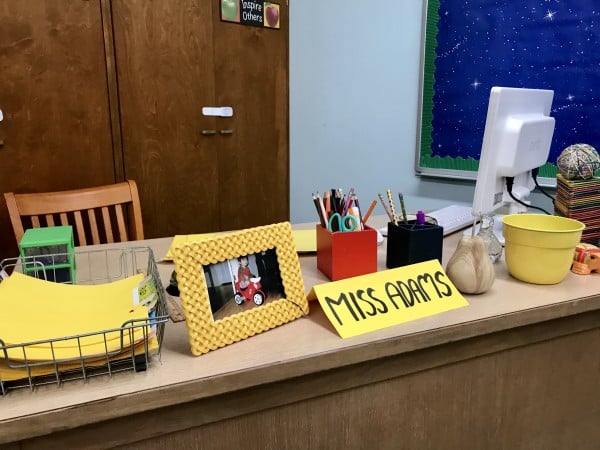 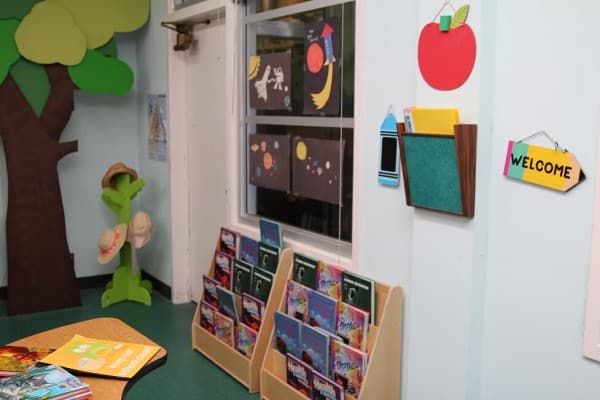 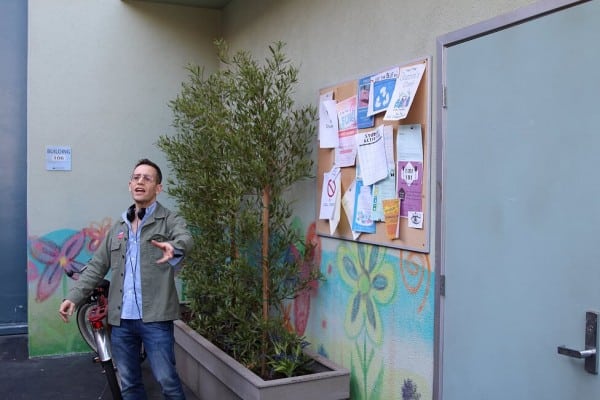 Check out Poppy’s Winbrary too! Notice the unfinished ceiling! 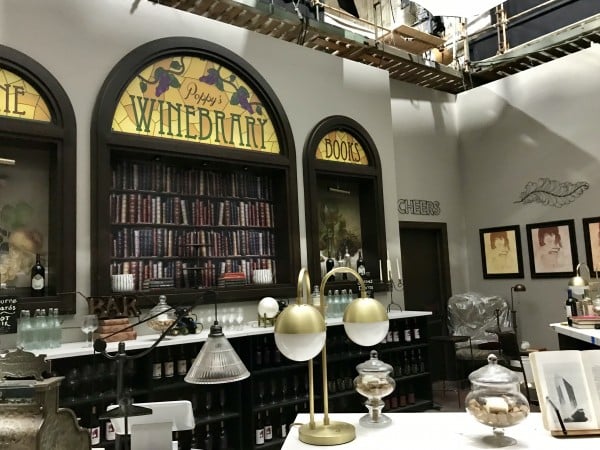 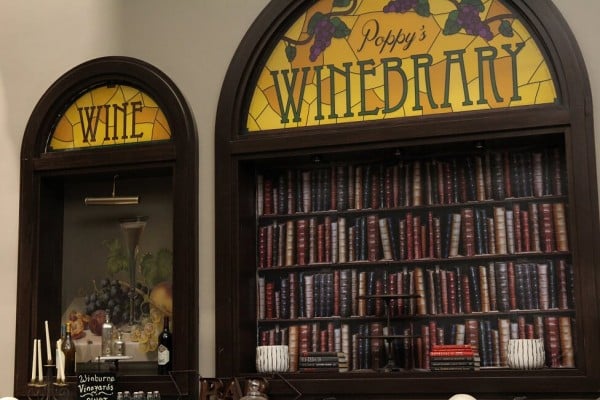 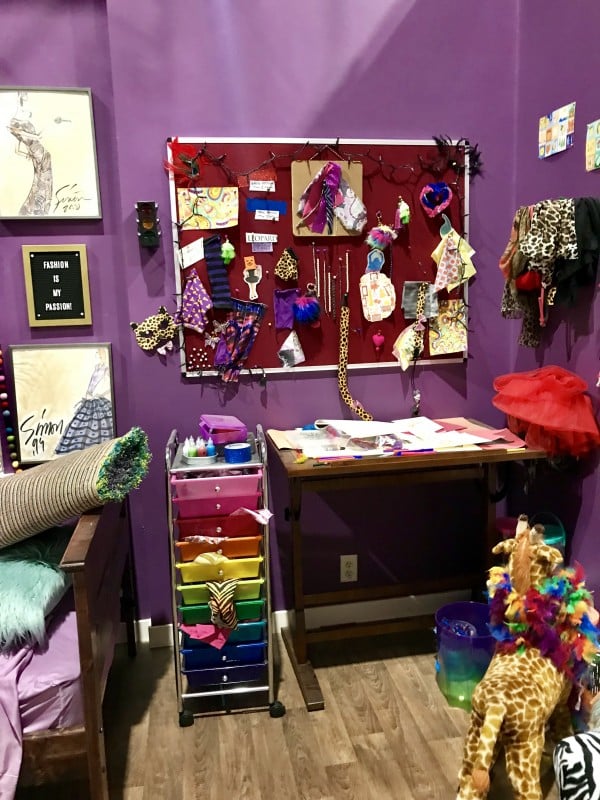 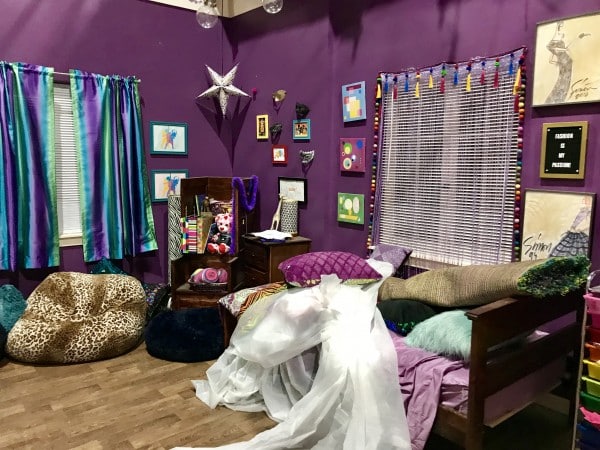 Me hanging out on the playground at Hilltop Elementary! 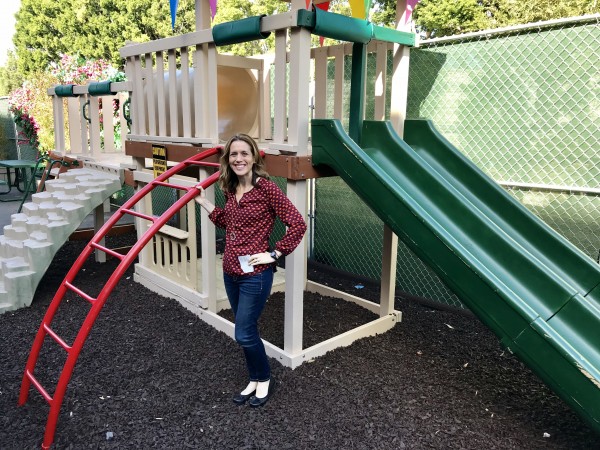 The series begins when the group meets Will Cooper, a 30-something guy who’s been so focused on raising his daughter that he’s lost sight of who he is as a man. When the other single parents see just how far down the rabbit hole of PTA, parenting and princesses Will has gone, they band together to get him out in the world and make him realize that being a great parent doesn’t mean sacrificing everything about your own identity.


About This Week’s Episode: The Beast (airing tonight!)

Will encourages Angie to rediscover her passion for heavy metal music by taking a guitar class, and in turn, Angie insists that Will get back in the field covering weather by driving both of them into a storm. Meanwhile, the rest of the gang explore their romantic passions as Douglas pursues his crush on Big Red with the help of Miggy, and Poppy feels an instant connection with a dreamy musician, on an all-new episode of SINGLE PARENTS,  WEDNESDAY, NOV. 28 (9:31-10:00 p.m. EST), on The ABC Television Network, streaming and on demand. 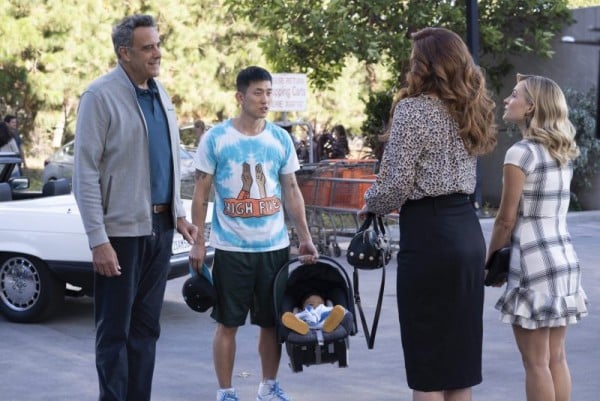 Get Social with Single Parents