New must watch series!!!! Premiering February 19th, the new HBO limited series, Big Little Lies, is like a twisted take on This is Us with the intrigue of The Night Of. It’s suspenseful and mysterious. As the puzzle slowly starts to unfold, the show captures a series of complex, intertwining family dynamics. Reese Witherspoon, Nicole Kidman, and Shailene Woodley (Divergent actress) star as mothers of first graders. Their California-perfect lives take a dramatic turn as a mom grudge turns into a murder. 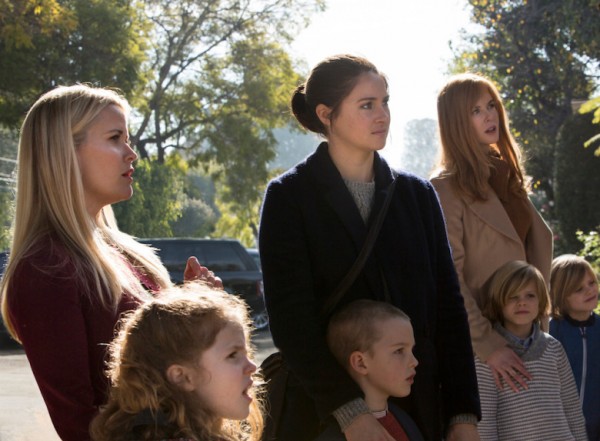 I got a sneak peek of the first two episodes at a premiere showing in Philly and I’m still left wondering two things; First of all, WHO got killed? and WHO did it? Reese plays the picture-perfect, high strung, mother bear who runs the show both at home and at the elementary school. Nicole’s family may look envious from the outside, but her own dark secrets reveal a warped relationship. You’ll barely recognize Shailene as the mysterious new-to-town single mom who is taken under Reese’s wing… for better… and for worse. I can feel the surface level friendliness is about to change dramatically. I’m just not sure who will explode first and when.

Grab a girl friend, open a bottle of wine, and make this your new girls’ night series. I can guarantee it will be the show all of your friends will be talking about.

Big Little Lies is based on the best selling book of the same name by Liane Moriarty. Big Little Lies will air as an American comedy-drama miniseries series created by David E. Kelley and premieres on HBO February 19th.