Calling all Harry Potter fans! Check out our real sneak peek photos and video of Diagon Alley at Universal Studios Florida. We took this footage last week on our trip to Universal Orlando and as Potter fans you can imagine we were definitely thrilled to spy the construction of one the most awaited theme park additions in years.

You’ll notice King’s Cross Station and the London buildings all sitting behind the walled off barriers as construction is still in process.

Guests will be able to travel by train back and forth between both Hogsmeade™ and London via the Hogwarts™ Express* with a Park-to-Park ticket or an Annual Pass once Diagon Alley opens in Summer 2014.

You can learn more details about the Diagon Alley expansion and the new Harry Potter and the Escape from from Gringotts attraction here. 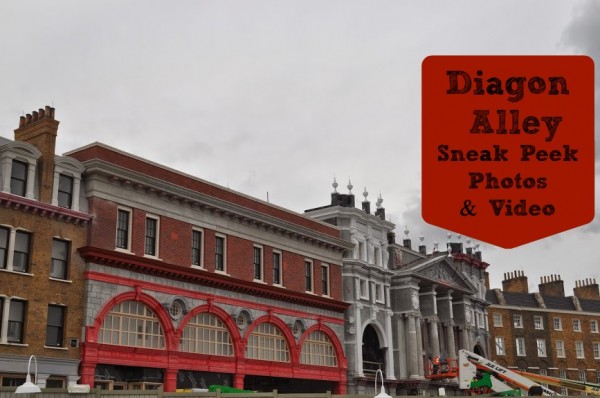 Behind the Construction Video & Photos of Diagon Alley at Universal

Here is our video as we gaze behind the scenes of the London and Diagon Alley construction project.

Look at King’s Cross Station here – I can’t wait to someday board the Hogwarts Express at track 9 3/4! 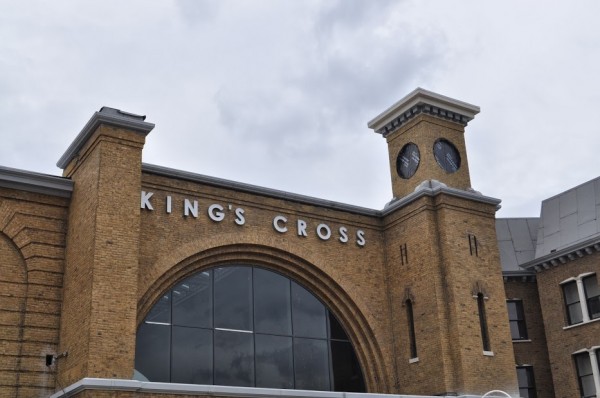 Universal even built mini window holes along the wall where guests can peek into the construction. Even the peek holes are super cool as you pop up to a London style telephone booths to take your look behind the wall. 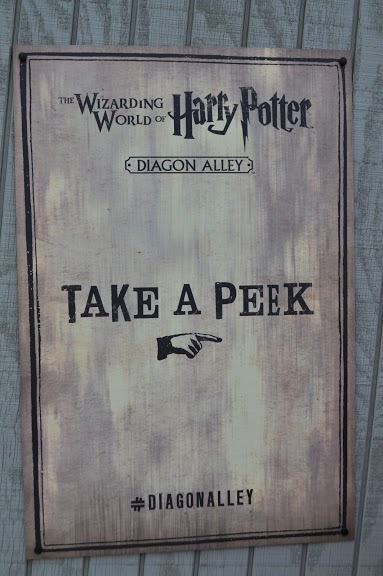 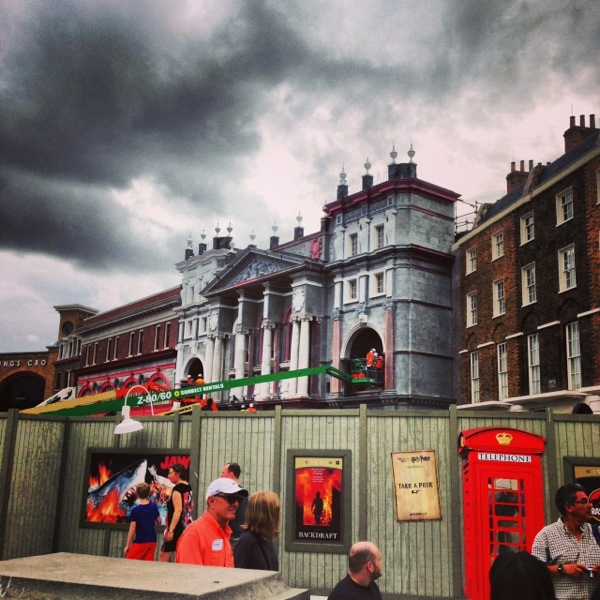 Guests will actually ENTER Diagon Alley via London in Universal Studios. I’m sure the actual “magical” entrance to Diagon Alley will look very cool once it is revealed. Sketches from Universal show that the Knight Bus will be sitting in the courtyard to London which is in general located in the area directly behind the walls we are peeking through.

Guests are honestly going to go wild for this new expansion. I know we will! People can’t get enough of Harry Potter and his world.

The current Hogsmeade section of Wizarding World of Harry Potter is PACKED with people soaking up all the magic – from drinking Butterbeer to shopping for Wands or other Magical supplies plus enjoying the attractions along with admiring the actual physical buildings and grandeur of everything. Visiting the Wizarding World really is like stepping into the book or movie set!

For reference, here are more of the official “sketch” photos from Universal Orlando about the new Wizarding World of Harry Potter – Diagon Alley expansion. 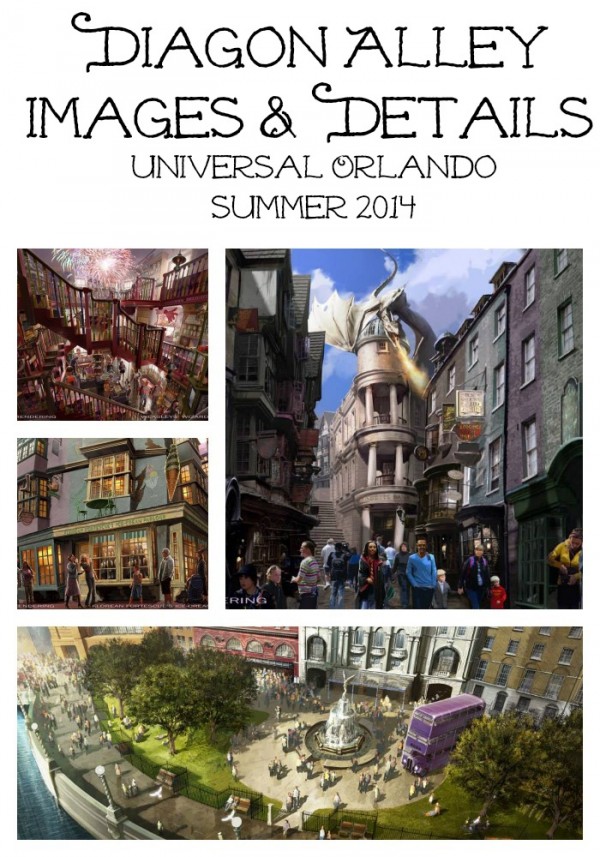 Note: Thanks to Universal Orlando for providing our family with a tour  and park tickets for our visit to facilitate our coverage. As always, all thoughts and opinions are our own.